Autumn flew into town on a red eye flight Saturday night and stayed with us until Wednesday so we spent the first part of this week enjoying her company.  On Monday we all went over to Shannon's with some baby stuff that Hannah isn't using anymore and ended up planning a beach trip for the following day. I thought that Eric had a plumber lined up to come on Tuesday and since fixing that pipe required a full day of work and shutting off the water to the house, we needed to get out of dodge. A beach trip with the girls seemed a dang fine way to spend the day.  However, on Tuesday morning he finally heard back from the other plumber we were waiting to hear from who offered to do the job for $600 (the other two plumbers, including the one we were going with had quoted $1,000).  The catch was that the cheap plumber couldn't come until Wednesday.  That's a pretty heavy chunk of change so Eric canceled the Tuesday plumber.  We kept our beach plans anyway since Shannon had to work on Wednesday and Autumn was planning on heading to Hagerstown.

Destination: North Beach in Calvert County.  It's a little over an hour away which was supposed to give Hannah a decent nap but since she didn't fall asleep until the last 15 minutes of the drive, that didn't work out as planned.  It's a pretty small beach and pretty small town (like 2 or 3 blocks), and it's pretty dang cute.  I took some scenic pics so you could see how cute it is.  Here's the dock.  Non-Calvert County residents have to check in at this little stand and pay $8 to get onto the beach.  That seemed a bit steep to me, but whatever. 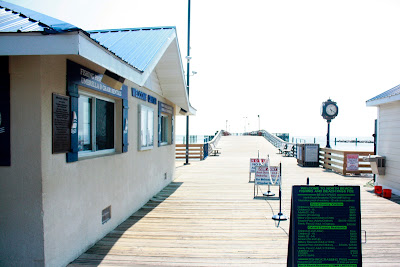 This is a random view of the sidewalk/boardwalk. 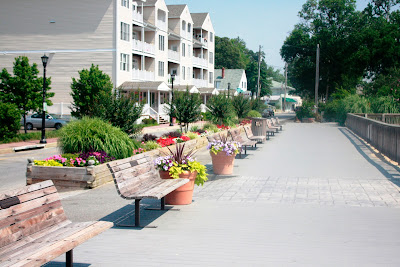 It was sunny as all get out, and I'm not that tech savvy with my camera (or anything else for that matter) so a lot of these pics are bleached out beyond my photo editing skills...This is a pic of one side of the beach. We ended up hanging out on the other side of the dock because there were fewer people on that side. 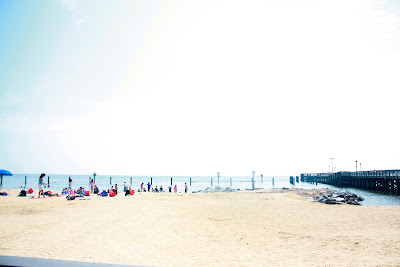 This is the antique shop in town.  See what I mean about cute? 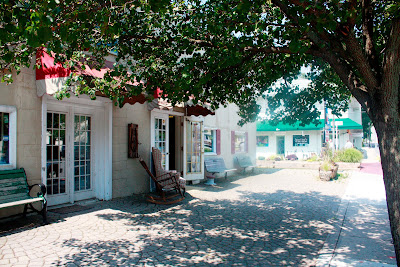 Yes, again with the murky water.  It's Maryland people!!!  Autumn had just gotten back from the Virgin Islands so she was a little grossed out. Since this was our second swimming excursion into the murky bay water, we were pretty used to it.  This part of the bay had some waves every once in a while, probably from the boats, that freaked out Hannah at first but she got used to it. 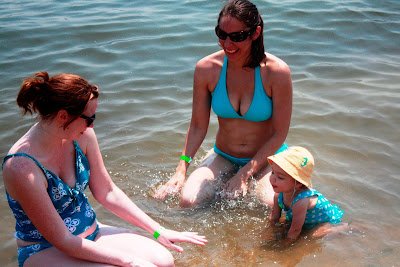 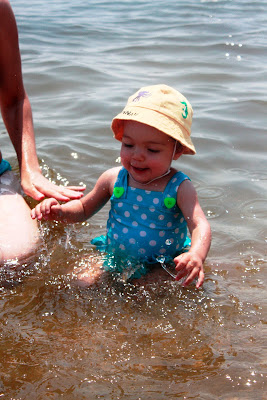 Hannah liked standing on Shannon's belly. I'm thinking she was trying to tell her future friend, Atticus, to hurry on up and get out here to play. 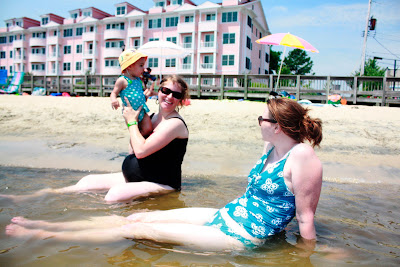 She dumped the blueberries within minutes of being offered them...I kept wiping the sand off of them and putting them back, but she kept dumping them again.  Shannon ended up putting the clean berries directly into Hannah's mouth because Hannah's hands were covered in sand so even if I cleaned the berries, they were coated again the second she picked them up. 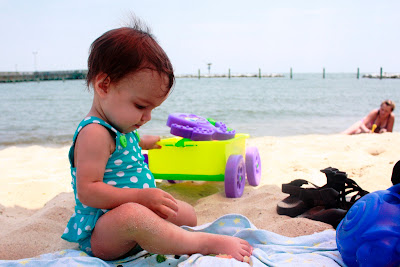 Hanging with her aunties. 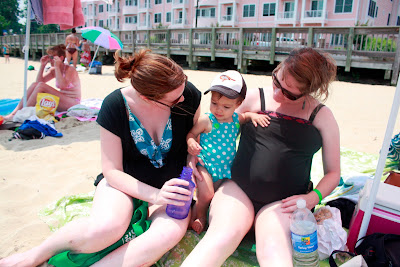 After a while we took a walk to the end of the dock, just to check out the view.  I took a couple of pics of the beach from there but none are particularly interesting. How cute is Shannon's belly??? I have come to really love the pregnant belly and kind of miss it, oddly enough. 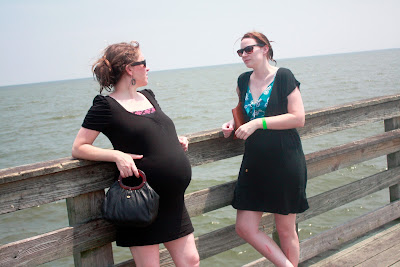 Hannah laid her head on Shannon's belly for a bit but picked it up as soon as Autumn grabbed the camera. 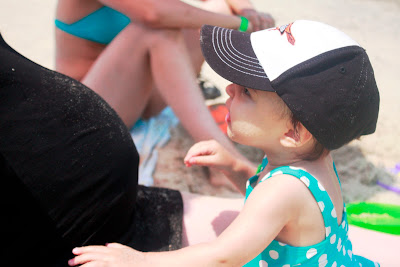 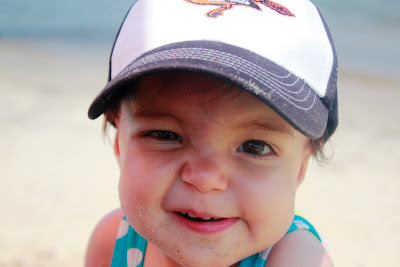