I have grown increasingly Scrooge-like and anti-Christmas in the past years (I'm guessing I inherited this from my dad), but I made an effort this year to identify those parts of the holiday that I enjoy and embrace them while simultaneously allowing myself to let go of the parts I don't like without letting my overly guilty conscience get the better of me. I know I'll ruffle a few feathers by saying this, but I haven't considered myself Christian for a long time so the whole nativity story doesn't do it for me (please no comments on that--I'll just send you to this site for my defense).  Without the religion aspect of it, the holiday quickly turns into a big commercial blowout, and I hate shopping and crowds and junking up the house with stuff we don't need or want and junking up other's people's houses with stuff they don't need or want...Gift giving is great if you've got an awesome idea for someone and if you can obtain said idea without facing crowded parking lots and stores, both of which seriously try my very low-patience level, but without a great idea, it's just stressful.  So I'm not into it. Earlier this month I ordered a few things for Hannah, Clay, and my mom from Amazon (I hate supporting the big guys, but man do I love online shopping).  Eric and I bought ourselves a new mattress back in November as our present, and I don't exchange gifts with most of the other adults in my life.

Enough griping! Here's what I LOVE about Christmas:

1. Decorations!! Especially the really kitschy kind with lots and lots of lights! One of my favorite holiday memories from childhood is piling into my dad's car and cruising around Hagerstown admiring the lights and decorations.  As an adult, walking down to 34th's Street  multiple times each year has become a favorite tradition. I'm thinking we should pull a page out of their book next year and get our own house all Hampden-ed out.  I might try to make it to the store tomorrow to stock up on discounted lights so we can join the club next year. 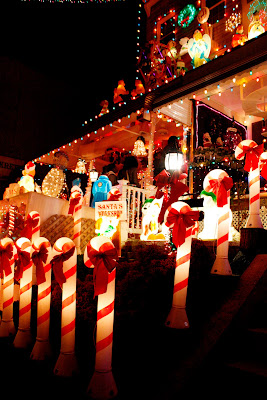 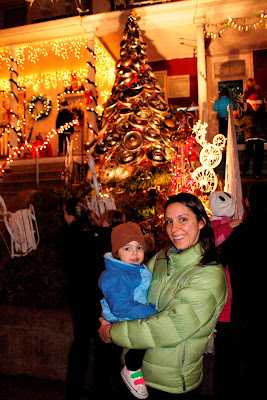 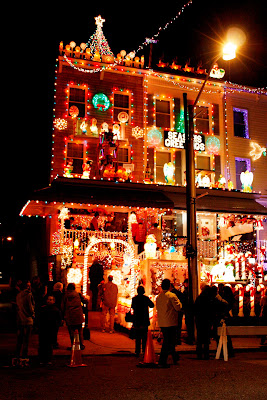 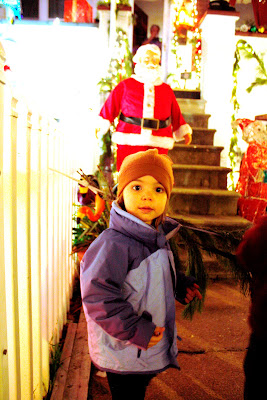 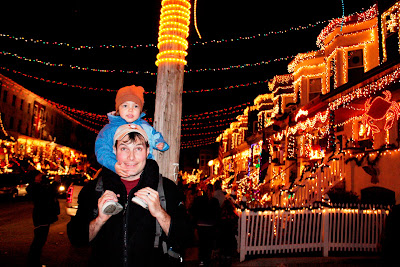 2. Holiday crafts. We started a new tradition this year: making ornaments! Every year we'll make a different ornament to give out to family and friends. This year we made ducks out of dough because I have a duck cookie cutter...I'll try to acquire a new cookie cutter each year, but in the meantime, it's a ducky Christmas!  Here's the lot of them minus three: Grammy's, Clay's, and ours (which I forgot to take off the tree before taking the picture).  That reggae style one in the middle with yellow and green stripes is Eric's doing...I'm hoping to get Hannah to add her own style to it before we give it away, but although she loved this project, she's over it now. 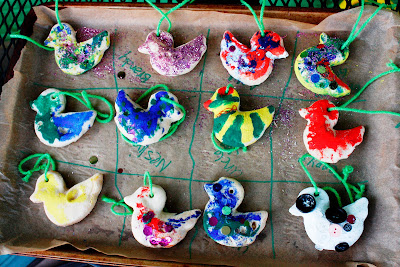 3. Quality time with family and friends. We're bummed because Uncle Joel and Uncle Justin couldn't make it to Baltimore for the holidays this year, but at least we've got Grannah and Granpah!  Since shopping isn't my thing, I offered the gift of QT and took everyone to the aquarium for the day.  We cruised around the exhibits at a nice pace, watching the octopus pull itself around it's tank on pink tentacles and the puffins paddle around their tank with their cute orange feet.

We did it up to the fullest extent, including getting our pics taken in front of the blue screen which we never, ever do. I don't know if I'm allowed to post that pic here or not, but I'm thinking (hoping) that since the Copyright is visible, it's fine.... 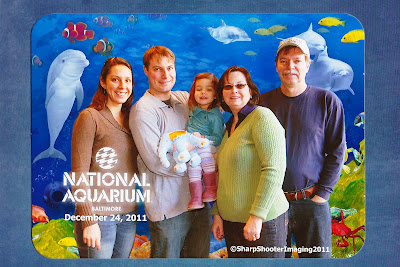 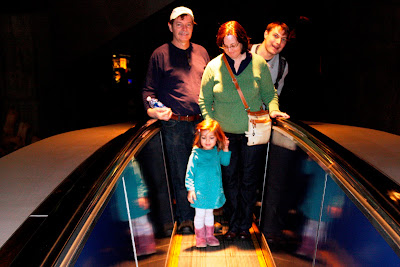 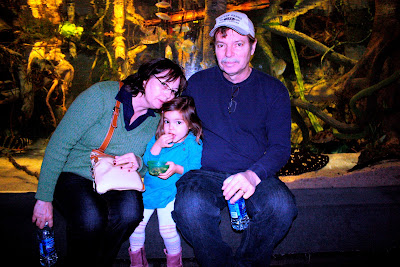 This visit was made even cooler by the fact that, for the first time EVER, we got to see the three toed tree sloth that lives on the fourth floor in the Amazon exhibit.  He ambled across the netting on the ceiling and then shimmied, very slowly, down a tree.  I always assumed that he didn't really exist, that maybe the sign explaining who and what he was was just false advertising, but nope, he's there! He's just a good hider, I guess. 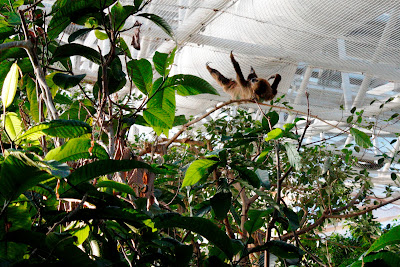 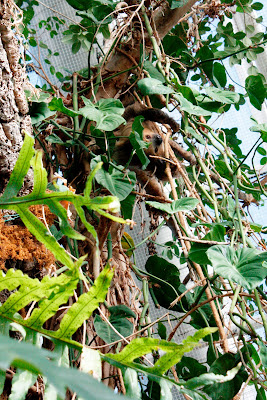 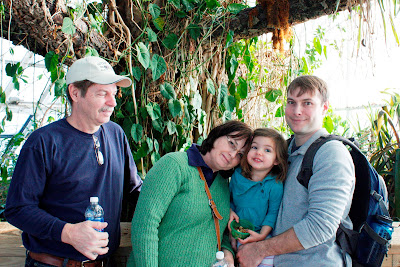 Like I said, our timing was perfect. After we finished looking at that section of the aquarium, we had 15 minutes until the dolphin show. Getting there 15 minutes early, coupled with the fact that the aquarium was wonderfully empty, meant we got awesome seats at the dolphin show--the best ever--front and center! 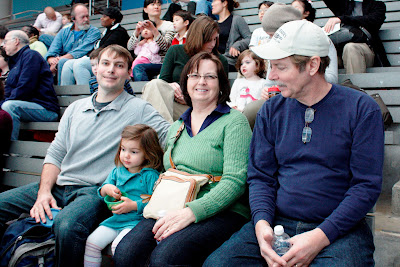 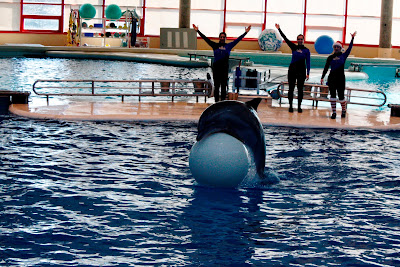 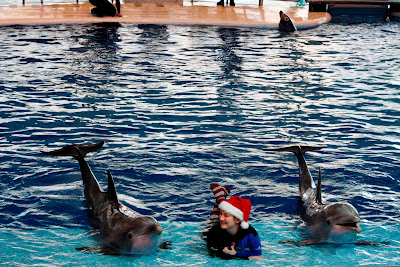 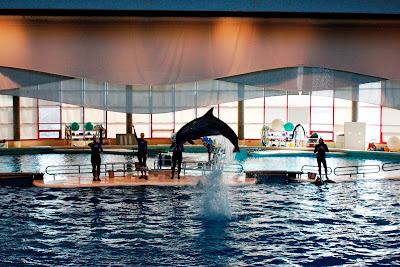 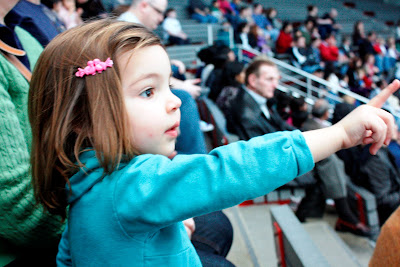 After the dolphin show we mosied through the jellyfish exhibit and then made our way to the Polar Express 4D mini film.  The 4D thing is so cool!!! Hannah especially loved the snow machine that kicked on in the theater.

We were starving after that so we stopped at the cafe for lunch before heading to the Australia exhibit in time to watch the archer fish get fed grasshoppers off a stick. The feeding of the archer fish is probably my favorite part of the aquarium, and I never get tired of seeing it even though I've seen it a kabillion times by now. 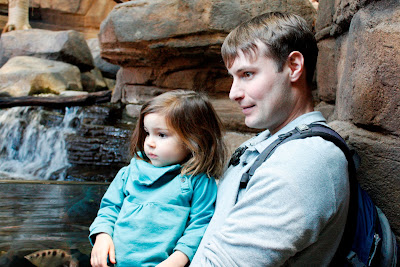 I managed to get through another Christmas without setting foot near a mall or any other kind of store--wohooo! Lights, holiday crafts, and quality time with loved ones--this is my kind of holiday!!!

P.S. I've got tons of pics from this morning that I'll upload and share later.