Last night Eric was surprised to open the shower curtain and see Hannah leaned against the toilet, quietly waiting for him. Being his modest self, he grabbed a towel to cover himself.

Satisfied with this answer, she turned around abruptly and walked out of the bathroom leaving Eric to dry off alone.

The accompanying photos are totally unrelated (obviously), but since they're of daddy/daughter QT and since this post is lacking anything fun to look at, I'm sneaking them in.

Tonight after dinner Eric grabbed a broom and began to sweep up the copious amounts of glitter that Hannah and I spewed all over the floor during our arts and crafts session this afternoon. Hannah immediately grabbed her broom and began to help. It was cute, so I went mamarazzi and snapped a few blurry but flash-free shots. Without further adieu: The Sweep Sequence. 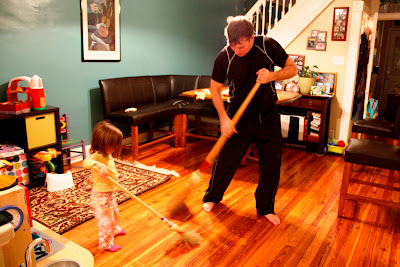 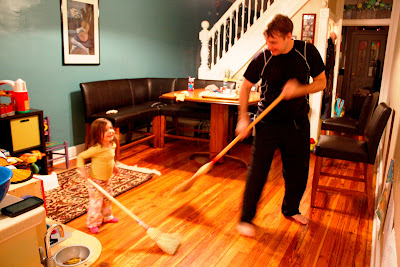 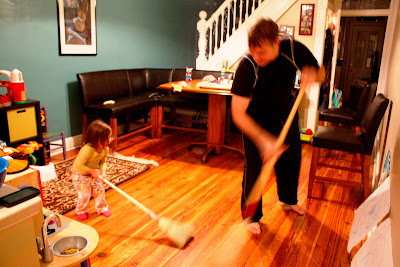