Hannah started what is traditionally know as first grade last year and was thrilled to discover that her classroom (lower elementary in a Montessori school) had a furry class pet: guinea pigs. When the first 3-day weekend arrived and the guide was looking for someone to take home the piggies, she very eagerly volunteered. Our house guests reminded me very much of the various piggies I had growing up, and it was a fun walk down memory lane. I don't think the piggies are coming back this year--whoever cared for them over the summer seems pretty attached. Fortunately, she has her own piggies now (and a puppy!), but I'm ahead of myself...these are posts for 2016 if I ever get there. 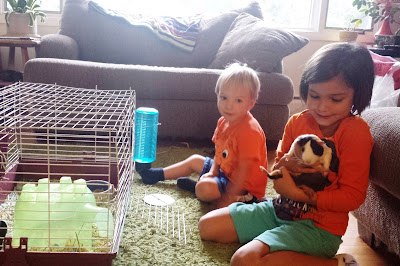 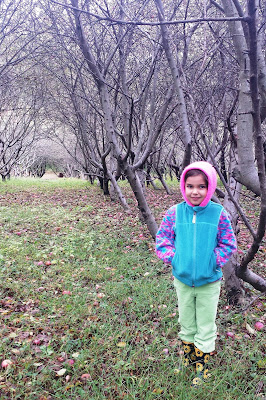 Eric's closest friends came all the way from Michigan last year to visit us. Here's Hannah and Stacey at an apple orchard that was having a festival. 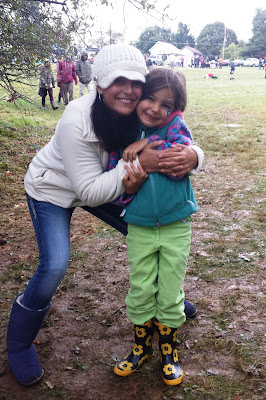 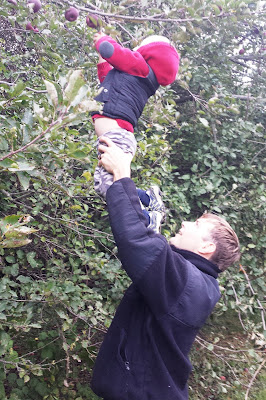 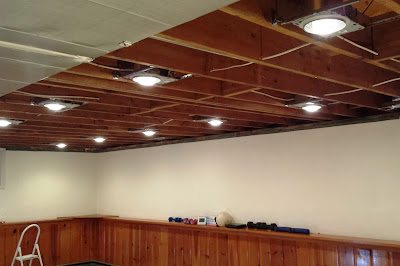 I can't remember why we went back to my aunt and uncle's in October...but these pics were in my October 2015 folder, so we must have gone! 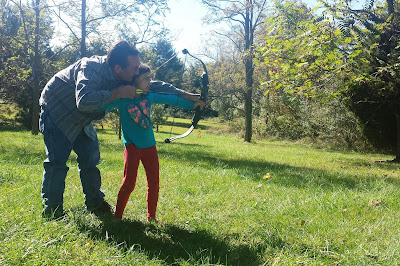 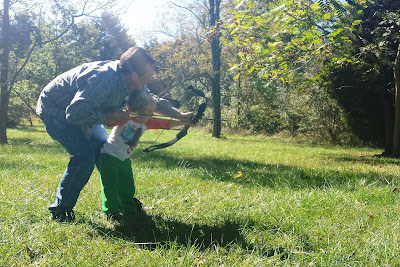 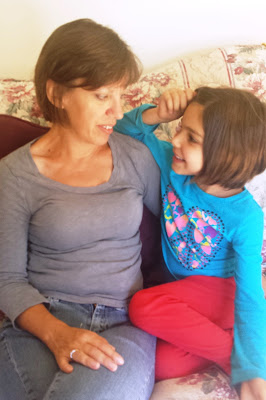 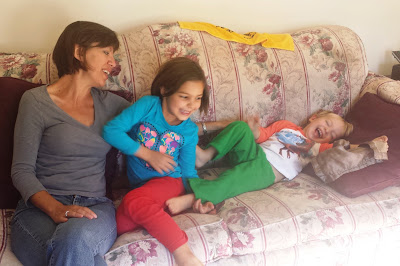 A front yard full of deer (and lately a front yard with a hunchbacked white deer) has become commonplace at this point, but still we congregate by the big front window and watch them graze. 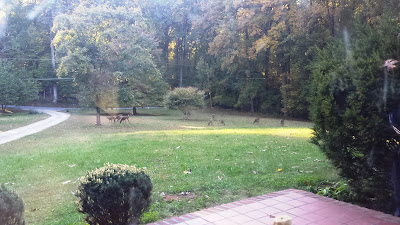 Halloween is pretty high up on our list of favorite holidays, especially for Hannah. She was a grim reaper last year and was quite scary. I don't seem to have any pictures of that though... 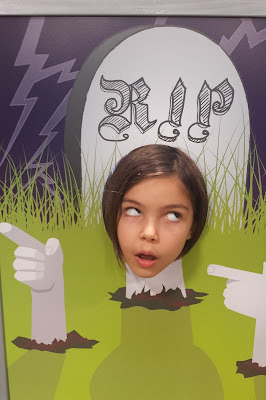 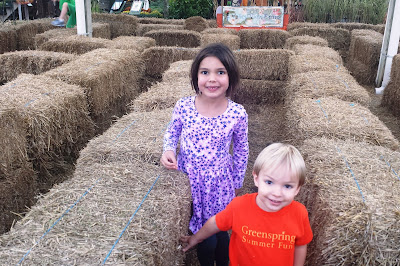 We celebrated Clay's birthday at a bounce house place in Hagerstown last year, and the kids did a few rounds in the hurricane machine before I cut them of financially. 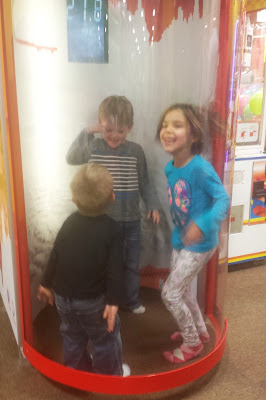 Jacob was not a lion last year--he was that the year before when the whole family went as the cast of The Wizard of Oz. Last year he was a pirate, but I don't seem to have any pictures of anybody from Halloween last year...I'm not sure how that happened, but I guess that's a good reason to post pictures much closer to their date of occurrence. 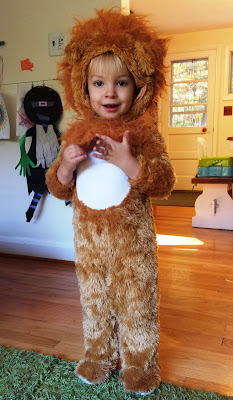 These next two are two of my favorites. I have them printed and taped to the wall at the moment (in the process of trying to find gray frames...when I do, they'll be framed). 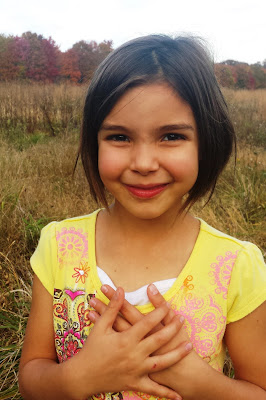 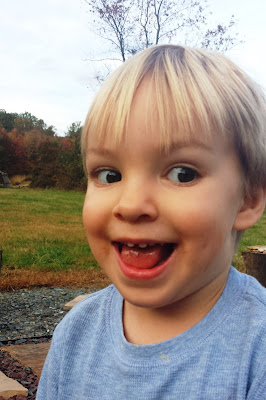 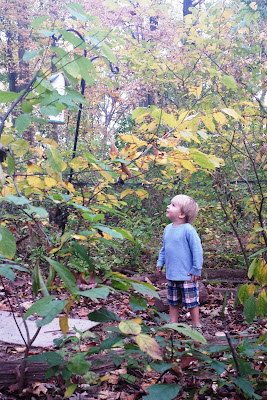 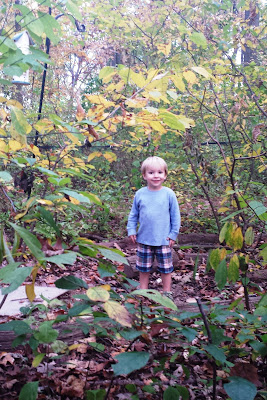 In this next one, Hannah is wearing the flower girl dress that she wore to Brandy's wedding when she was 3. On the night before school pictures, Hannah disappeared to the basement and was quite for a disconcerting amount of time. When she came up, she said her outfit for pictures was ready, but she didn't want to show me. I snuck downstairs after she'd gone bed and found that she'd painted some of the flowers on this very expensive dress to add a little color. In the morning I feigned surprise and was able to tell her she looked nice since I'd gotten over the shock. I had no idea that she'd even carried that dress downstairs with her. She's quite the ninja when she wants to be.

And yes, she wore this in her school pictures. She was quite dismayed to realize that the colored flowers didn't make it into the head shot. 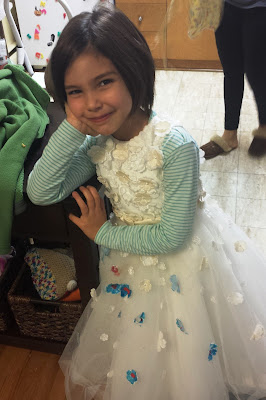 Jacob wanted to try it on too. How is it possible that this dress fits everyone who puts it on?? 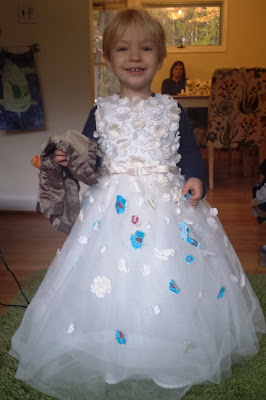 Jacob's first of many field trips to Roger's Farm. 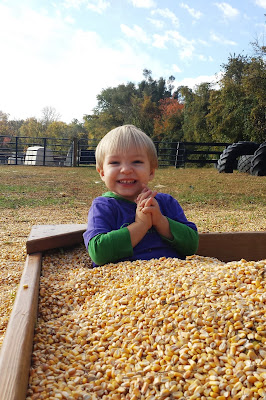 Alright, so see, I'm not a year behind! Not yet anyway, and I'm doing my best to keep it that way.
Posted by terri at 9:42 PM No comments: