November of last year was pretty uneventful. We segued from Halloween to Thanksgiving with a few fall-centric activities in between, and as usual, since I'm so far behind, I'm going to sum them up fairly quickly and try to keep my typing to a minimum in the hopes that if I take less time posting each post, then I'll catch up faster. So far this does not seem to be working, but I've at least managed to not get a fully year behind. 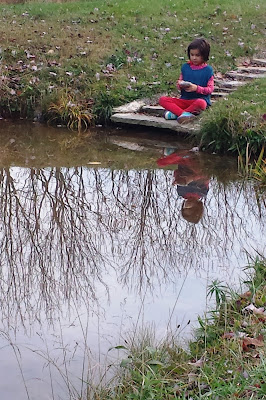 This is a post-Halloween pirate story time session. There was a long period last fall and winter when Jacob regularly turned our couch into a pirate ship, and we all hoped aboard and played along. When I tired of saying "argggh" and burying booty in the couch cushions, I suggested a story. 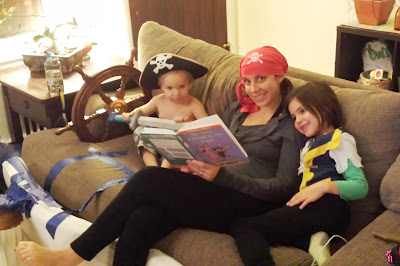 It's not terribly noticeable from the angle that I ended up snapping this next pic, but Jacob had somehow managed to get smoothie all over his face. I'm always amazed at how messy children are able to get while eating. Can they not feel the food all over their face? Or do they just not care? I don't get it...I find it uncomfortable to be covered in food... 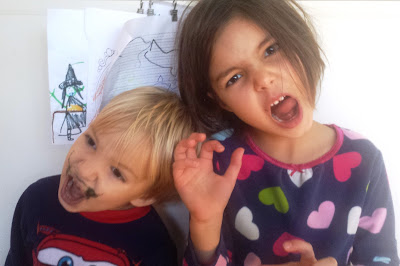 I didn't realize that Weber's wrapped up their farm fun after Halloween...we didn't make it until November, and it was a ghost farm by then. We putzed around the store and played in the tires and went home a tad dismayed. 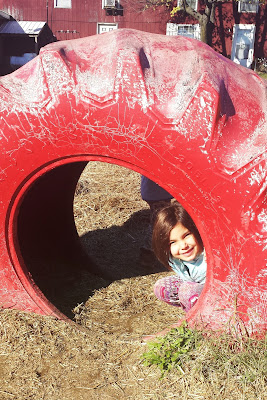 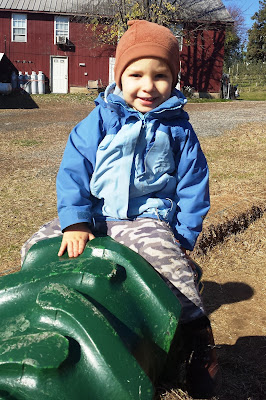 One of our most favorite fall activities is raking up an enormous pile of leaves under the Japanese maple out back and then climbing the tree and jumping into the leaves from one of the branches. Hannah demonstrates below. 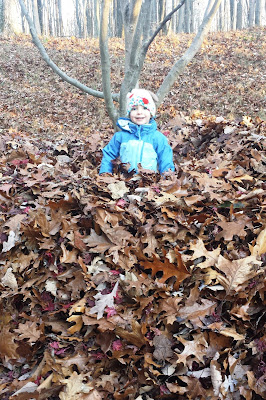 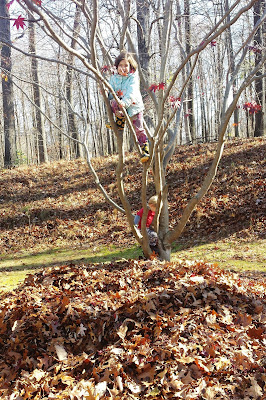 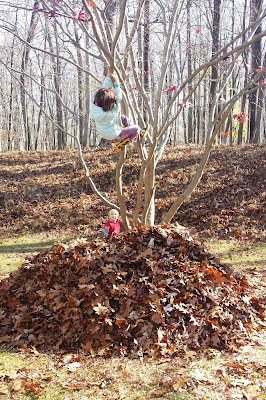 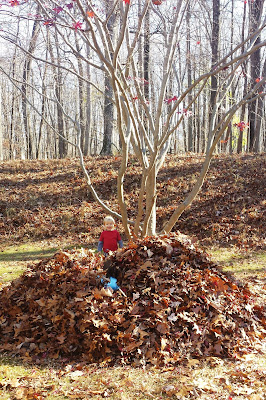 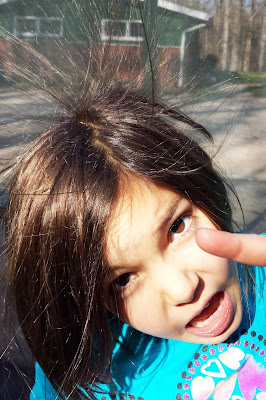 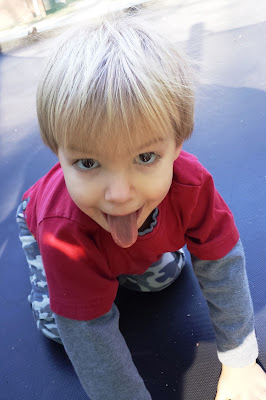 This is the family room post paint (wasabi green up top) and pre-floors. 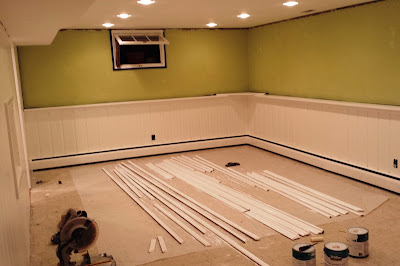 We went to see The Secret Garden at Center Stage with Brandy and her mom the day before Thanksgiving. This is when, unable to hide her 4-month baby belly, she broke the awesome news that she was pregnant. Hannah and I were so excited! 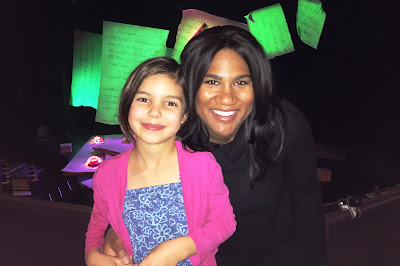 And then it was Thanksgiving. We happily accepted another invitation to celebrate with my aunt and uncle. Here are Jacob and Kim hamming it up. 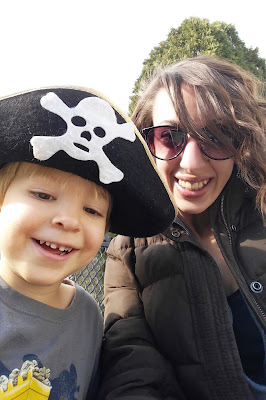 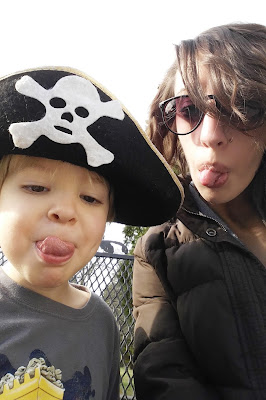 We spent a decent amount of time outside and ended up teaching Hannah to play catch. (Is my butt seriously that big??? That's probably just extra weight added by the camera, right??) 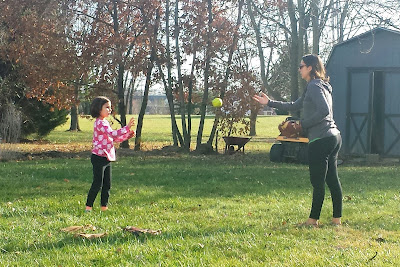 My other uncle is truck driver now, and the kids were thrilled when we rolled up and found the cab parked in the front yard. After dinner they spent some time hanging out in the truck. 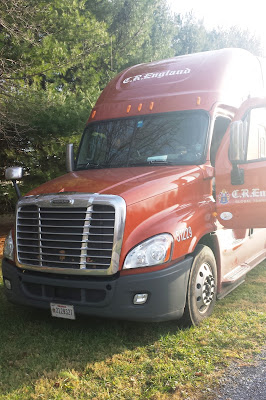 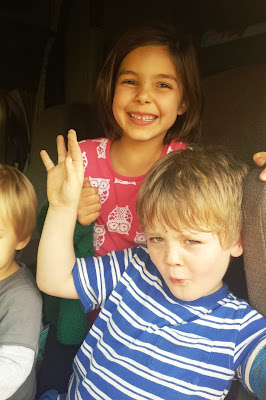 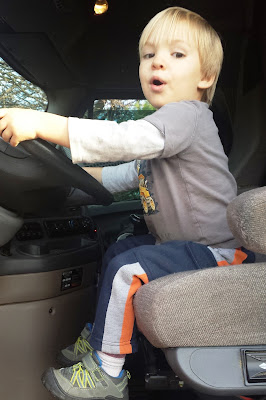 Here are all the kiddos with my aunt and uncle who hosted. This year there will be a new teeny tiny baby in that mix! 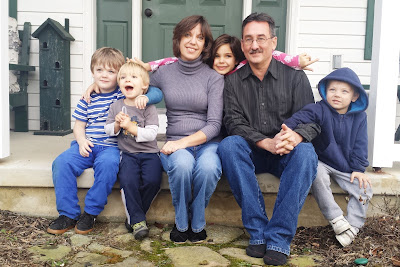 This is one of the few decent pictures I have of me and Kim, and I'm particularly glad that we both look fairly normal and that my butt is not in the shot. 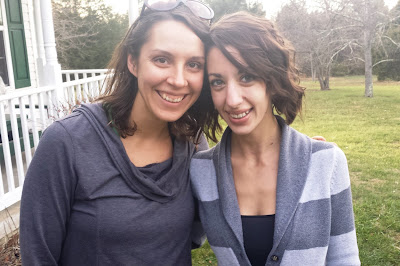 Later that weekend, Hannah's friend came over and after hunting up some worms, they did a little fishing in the stream out back. 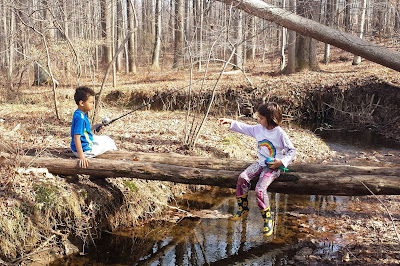 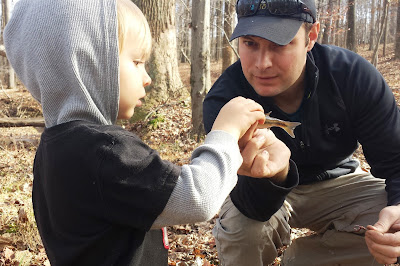 We took care of the class guinea pigs again over the Thanksgiving break. They were into whatever Hannah was watching and definitely into the vegetables she was eating. 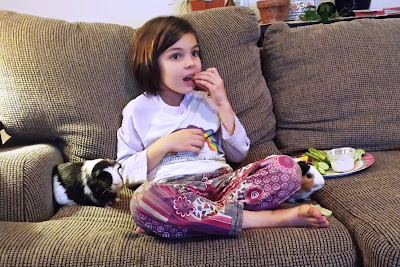 Then we finished the basement family room!! This is before we cluttered it up. 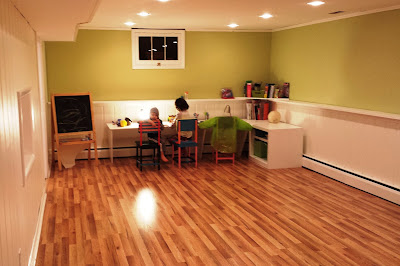 Just before the month ended, we met Amy and Zoey and the late Nelson dog for a hike around Oregon Ridge. 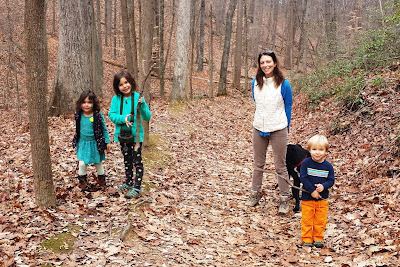 Then there was this trip to IKEA to get furniture for the basement...I know I shouldn't have let them jump into the bins of stuffed animals, but it looked so fun, and I wished I was small enough to fit in there and uninhabited enough to jump in and bury myself and flail around, so I took off my fun police badge for a bit and just played dumb mom when an employee came around with his fun police whistle and called an end to the stuffie pit of fun. Sometimes I just don't want to be the bad guy. 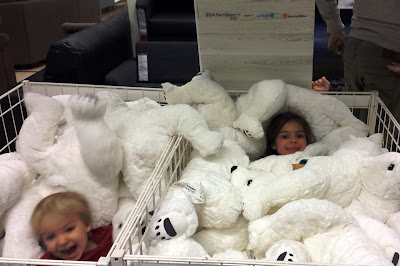 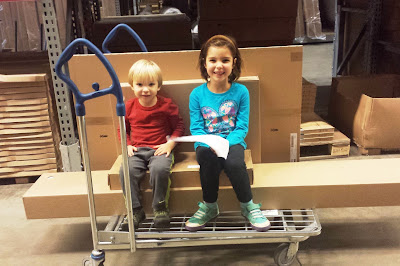