Hannah had her first real play date today.  I've taken her to Erin's a couple times, but since her kids are 2 years and 2 months, it's more of a mommy play date.  Hannah likes having new people to watch, but she's mostly a fly on the wall in those situations.  In a couple more months she'll be able to play with baby Addison, but in the mean time, the most interactive it got was when Hannah tried to grab Addison's hand while they were both laying on the blanket (very cute by the way!).  But today, Libby brought Asa over and since he's a year, he was able to share some life secrets that he's picked up along the way with Hannah. 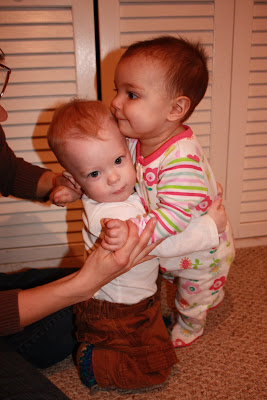 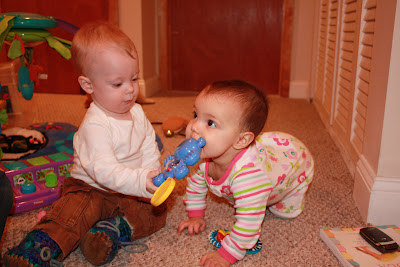 Secret #3 When it comes to sunglasses, bigger is better 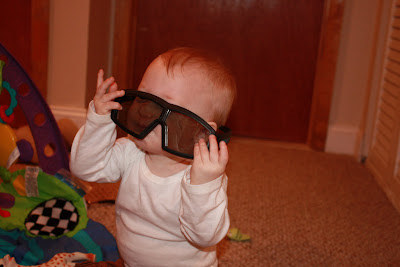 Secret #4 When freshly picked, boogers are a tasty, low-calorie snack 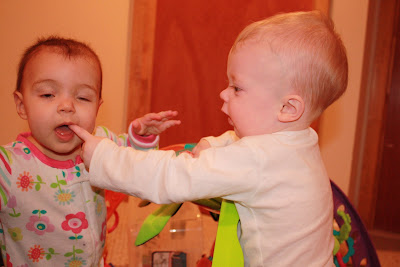 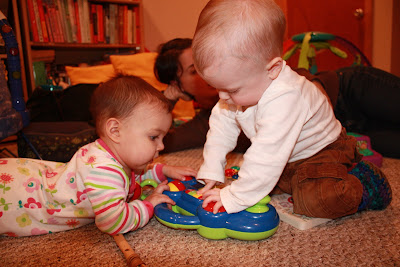 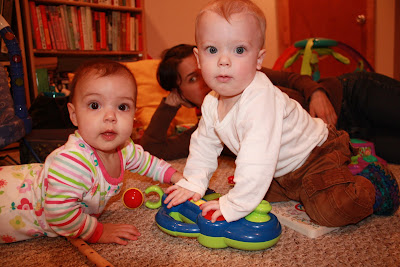 I realize the secrets moved away from "awww" and into "ewww," but gimme some credit for even dabbling in the "awws"! You know that's not my style. There was only so much of it I could handle before throwing in a reference to boogers....
Posted by terri at 8:38 PM