I don't have much time before Hannah wakes up from her morning nap but I had some other pics on my camera I'm gonna try to post in between bites of my egg sammy.

It's been a while since we've taken any bath time pics...

She's not sitting up on her own yet but she's close enough to hold herself while Eric washes her hair. 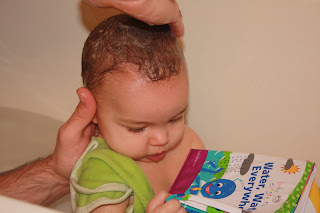 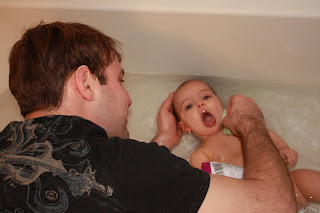 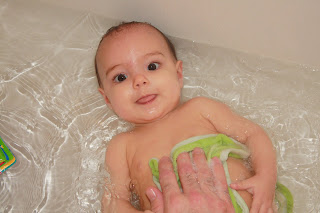 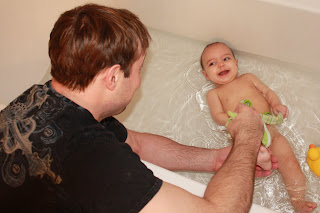 Eric dries her off in his lap and then uses toilet paper to clean out her ears. (Yes, we have Q-tips....He cleans his own ears with toilet paper too...) 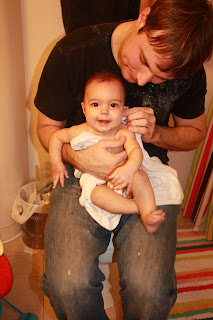 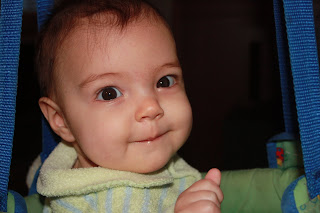 Sorta got the nose scrunch...cute, eh? 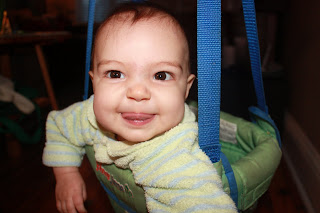 She's up now so it's time to go! She just took an awsome 90-minute nap which was preceeded by an awesome 11-hour night of sleep! She slept from 8p-7a only waking up twice (once at 2a and once at 4a) but never for more than a couple minutes and never requiring me to get out of bed. I woke up naturally at 6:45 feeling better than I've felt in months...Wahoo!!!
Posted by terri at 10:40 AM