I wanted to go for a bike ride on Sunday.  The weather here has been amazingly sunny and warm, and I know that any day could be the last one before we get thrown into winter so I'm feeling an extreme urge to suck the marrow out of whatever bits of summer we have left.  The problem with bike riding is that we don't have a kid seat for the bikes yet, and also that we didn't get our bikes out at all this summer so flats are likely.  I thought about heading up to Monkton to rent bikes and take a leisurely ride along the NCR, but it would have cost us nearly $60...So we went to Cylburn Arboretum instead and hugged a couple of trees.  For as close as this place is to our house and as pretty as it is, I can't believe we'd never been there before. 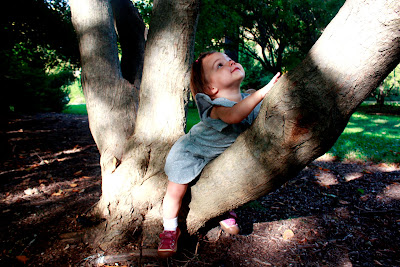 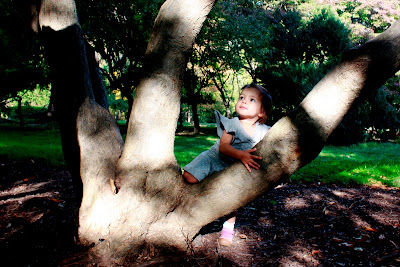 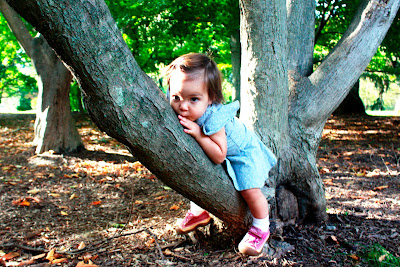 Once we managed to get her off the tree in the photos above (after a lot of kicking and screaming), she found this bench and refused to move from it. I snapped a few pictures and then pulled her away, again kicking and screaming.  I don't know why she gets attached to certain places, but there's only so long Eric and I can stand around a certain spot before we start itching to move, and since we'd never been to this place before, we wanted to explore. 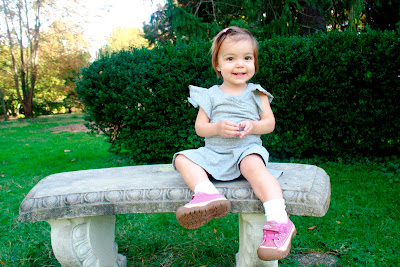 In addition to giving Hannah the creativity to clamor up on stove tops and the bravery to fly down stair cases, gymnastics has also taught her the simple, beautiful act of using a log as a balance beam. 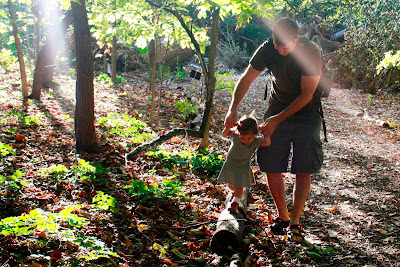 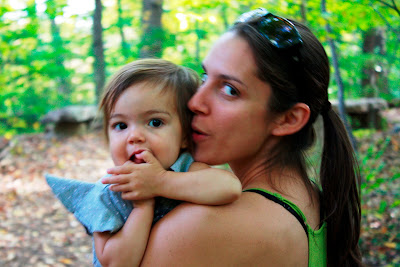 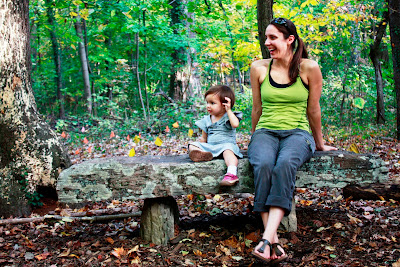 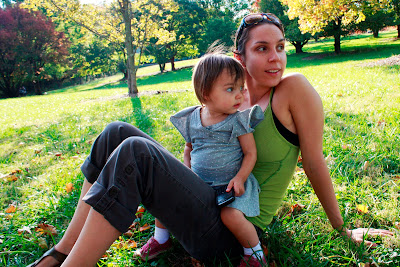 Not a bad way to spend our 2-year anniversary!!
Posted by terri at 9:52 PM