Hannah got an Easter care package from her Grannah today with all kinds of fun goodies! We promptly put as much of the stuff on her as we could and then snapped a variety of chaotic pics.

Since Hannah LOVES to pull glasses off faces, Grannah bought her her own very own pair! 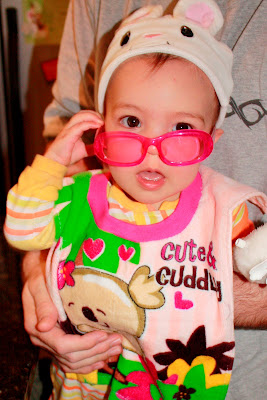 The bib, Grannah wrote, is for Eric to wear when he feeds her :) hahaha!  Sadly, the bunny hat is just a tad small, but we'll sport it this weekend anyway. 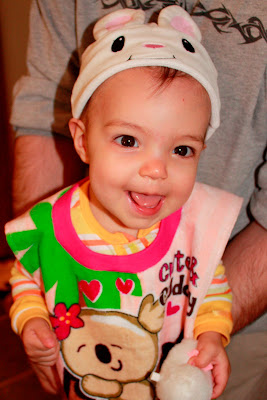 Anything else in here?? 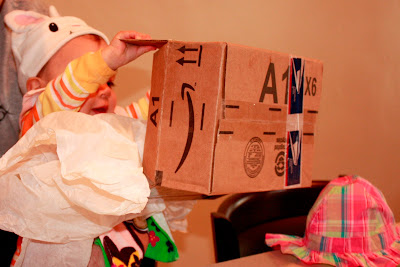 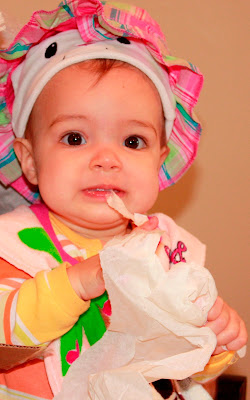 The hat is very timely because I lost two really super cute hats in the last 2 weeks.  First I lost that really cute bear one that she wore all weekend. It was in my pocket while out walking, and then it was not. I retraced my steps to no avail.  Then we went in to Target yesterday for cat food and baby sunblock wearing that awesome little Michigan baseball cap that Grannah brought with her when she visited a couple weeks ago, and when we left the store, the hat was nowhere to be found.  I realized it was missing the second we left the store so we went back in and went to the lost and found but it wasn't there.  Then we retraced our steps, but again to no avail.  I love those hats!!!  Sigh. I guess I'm going to have to get more diligent about paying attention when she's wearing them.... 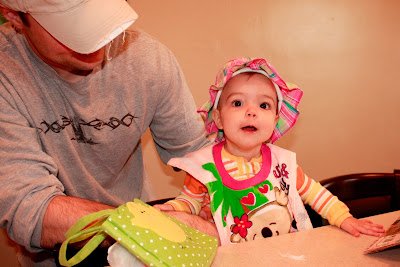 Whole Foods was running a buy one get one free deal on hydrangeas yesterday so I grabbed two and after lunch today Eric grabbed the trowel, some gardening gloves, and a bucket of water, and I grabbed Hannah and the flowers and followed him out to our little patch of grass out front. 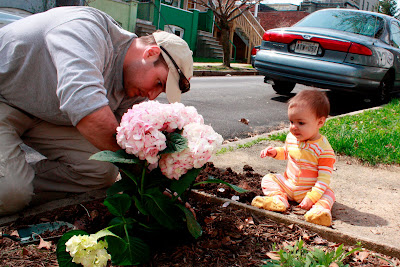 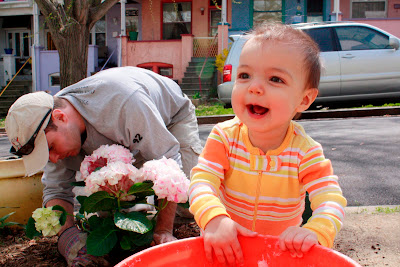 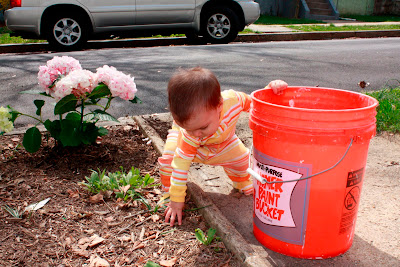 Alright, that sweet little monster pictured above screamed from 10:00 to 1:00 a.m. last night so I'm going to try to get some rest now....IF she decides to take a nap that is. She's been putzing around her crib for over an hour refusing to lay down.  She just has no interest in sleeping.