Ramping up for Halloween and our annual trip to Weber's

Our neighbors up the street hung a skeleton from the second story window and put their pumpkins on the sidewalk toward the end of September, much to Hannah's delight. She'd stop and stare and ask questions and then tell us that it's time for us to put up our Halloween decorations, so on the last Saturday in September, Eric pulled the big ol' Halloween box from the attic.

The two of them ransacked the costumes, strewing them all about the floor upstairs, and then came downstairs, Hannah in my old mermaid costume sucking on a pacifier from the year that my friends and I dressed up like the seniors from Dazed and Confused and Eric in some overalls, funny glasses, and an alien hat (?? no clue why that's in the costume box). 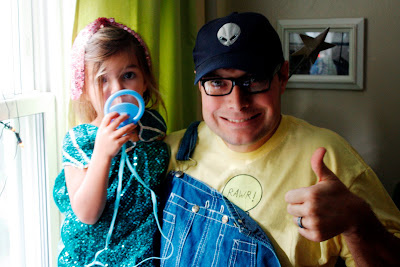 After hanging a light-up spider web from the window, stringing some other kind of spider web on the screen door, and hanging some skeletons from the trees out front, we took the festivity up a notch and headed to Weber's Farm to pick out a pumpkin. 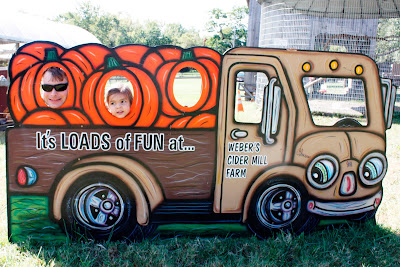 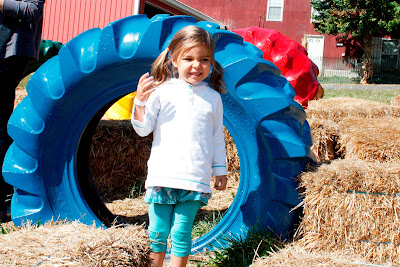 I thought that I was less snap happy this year because we have plenty of pics from last year and the year before, but as it turns out, I still have a decent amount of pictures. The thing is, even though we do this every year, it's different every year because Hannah's interests and capabilities are always changing. This year, Hannah LOVED the maze. She ran around it giggling like a maniac for hours, long after we gave up trying to keep up with her and just stood on the bridge above watching her. 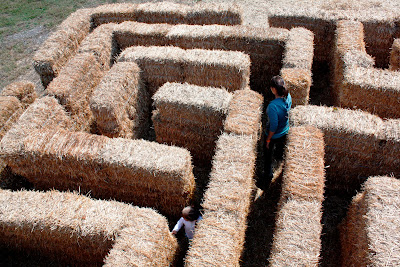 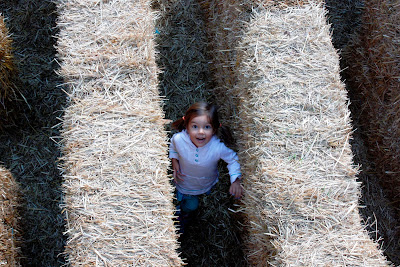 The slide was a hit too, but nowhere near as much of a hit as it was last year--the maze definitely took the cake this year. 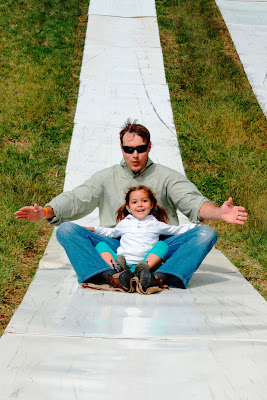 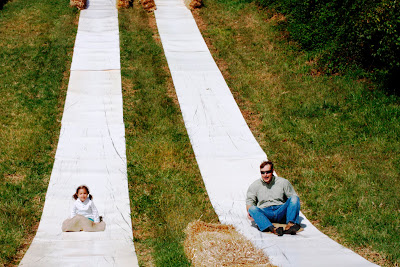 We also stuffed our first scarecrow! 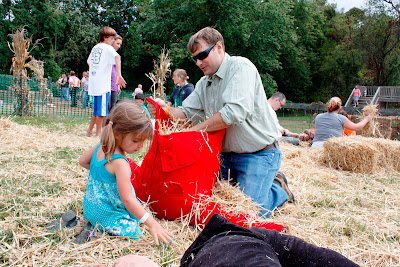 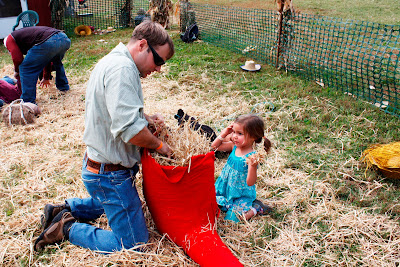 Hannah insisted he have lips, so I painstakingly cut lips to fit around the mouth she had already picked out and glued on. 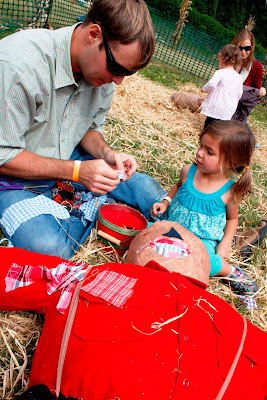 She also insisted on blue plaid fabric for hair and this funny hat. 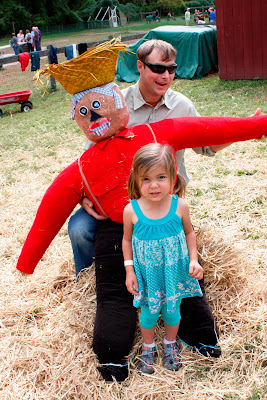 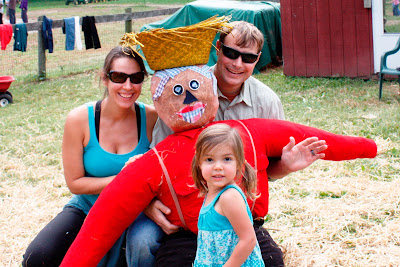 After we took our "finished" pictures, Hannah traded the yellow hat for a green one, and after we got home, Eric did a little bending of the hat to make it look normal. He also gave the scarecrow some boots, gloves, and a walking stick. 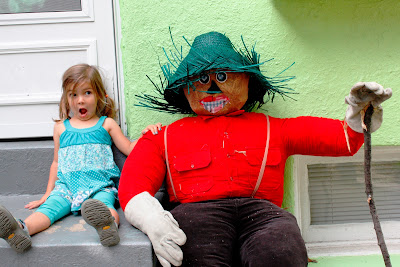 Amy drove up from DC that afternoon, and our neighbors happened to be outside at the same time that we were admiring our scarecrow, and Hannah insisted that I take a picture of the gang, so here it is, a pic of the gang. 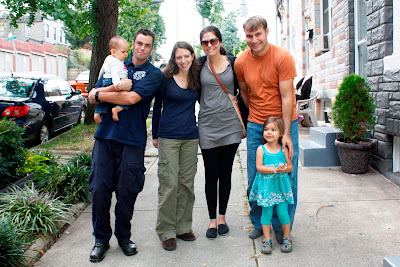 And another with Hannah showing off the dollar Nate gave her. 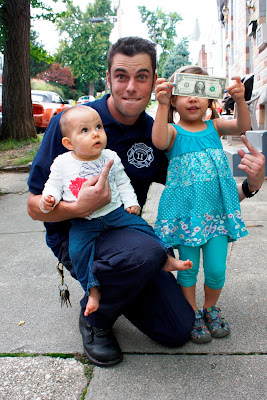 She went inside then with Amy and since all the Halloween costumes were still strewn about the hallway floor, she picked out some items for her and Amy before coming back out. This time Amy donned the mermaid costume and pacifier, and Hannah found some witchy stuff. 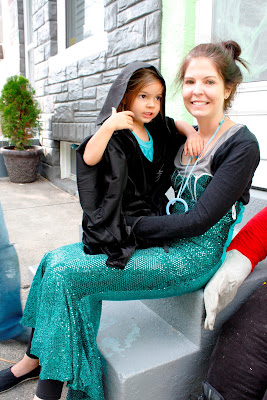 The kid is totally obsessed with Halloween this year. We're reading Halloween books non-stop (her favorite is Bone Soup), she's asking for Halloween shows, she wants to talk about witches and ghosts...obsessed. I'm looking forward to taking her out to The Avenue to see all the costumes on Halloween. I don't think we'll trick-or-treat, but we'll at least walk around. This was always my favorite holiday too so I'm loving her enthusiasm.
Posted by terri at 9:17 PM