Another trip to DC

Hannah was off school for Yom Kippur so her and I took the train to DC that Wednesday to visit Amy and the museums, starting with the Air and Space Museum. We weren't sure Hannah would be interested in much there, but we gave it a go anyway. They have a whole kid section that we hit up first, and Hannah enjoyed running around pushing the buttons and test-driving the plane. She didn't get any of the science experiments that were linked to the button pushing, but then again, neither did I. 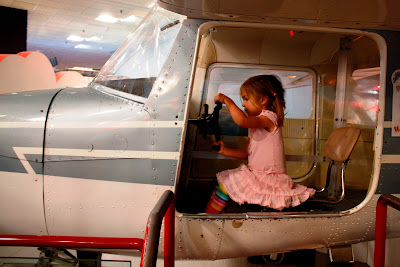 We walked around for a bit looking at the planes and shuttles and tried to figure out how astronauts poop in space. Hannah had to poop while we were there and while she was going, this thought occurred to her. I have talked to her about gravity but I don't think she really grasps that so my guess is that her question had more to do with "where's the bathroom" than "how do they poop." We walked through the model shuttle but couldn't see the bathroom. We never did find an answer to our question... 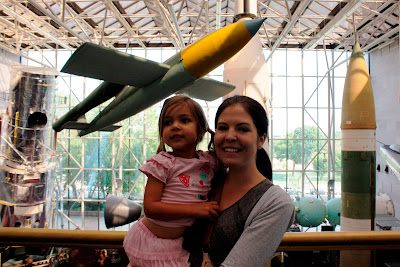 We walked around the gift shop next and Hannah picked out a space kitty and refused to put it down no matter how many interesting things I handed her. It's not that I'm opposed to this astronaut Hello Kitty doll, it's just that we have stuffed animals out the wazoo, and there are only so many that can be snuggled at a time. I'd love for her to have toys that she can do something with other than snuggle and cuddle. I found two books that looked really good, You Can't Do that Amelia! and Violet the Pilot. Neither were more exciting than the kitty though, so I gave up, bought her the kitty, and added those books to my Amazon wish list.

After the Air and Space Museum we walked over to the sculpture garden, ordered lunch at the cafe, and hung out near the fountain. 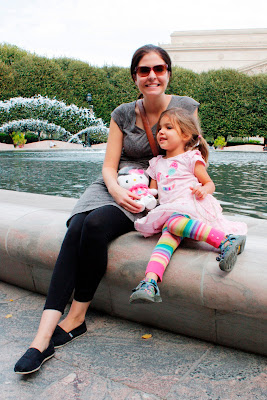 After lunch we went into the National Gallery of Art. 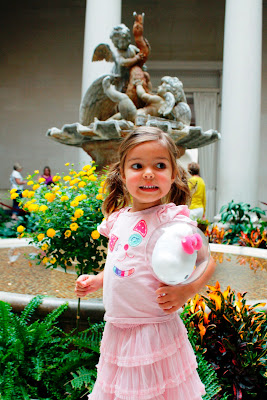 We scoped out the dancer paintings they had by Degas and then realized that if we wanted to chill out in front of an Imax, we needed to book it over the National History museum. I was hoping to see the polar bear movie, but the only one that fit our window was the one about the coral reef. It was a good one. Next time I want to see the butterfly one! It wasn't released yet when we were there.

Speaking of butterflies, after the Imax, we checked out the gemstones and then went to the butterfly garden, even though we went there the last time we visited DC. It's so cool that we can't get enough. I heard that there is an even bigger and better butterfly garden somewhere in the DC area. When I Google it, the only thing that comes up is Brookside Gardens in Bethesda. My guess is that this is the place, but there's a thing on the website that says the Wings of Fancy Live Butterfly exhibit ended in September....so it looks like we missed it, but it also lists a butterfly garden in their list of gardens, so who knows, maybe there's always some sort of butterfly garden there. If anybody reading this knows anything about this place, leave a comment please!

In the meantime, the little garden in the museum is nice. Hannah sat very still hoping one would land on her. 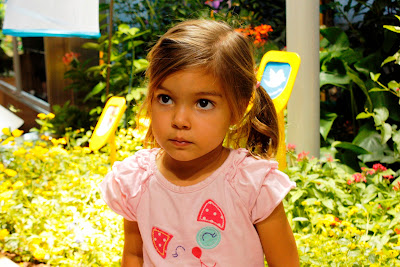 The woman working there kept bringing one over and trying to get it to stay on her shirt, but they all fluttered away upon landing. 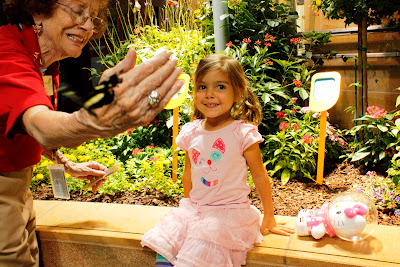 All except the green one, it stuck around for a while. These butterflies must be chill because it's the same one that landed on me last time we were there. 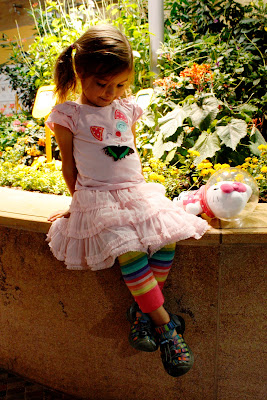 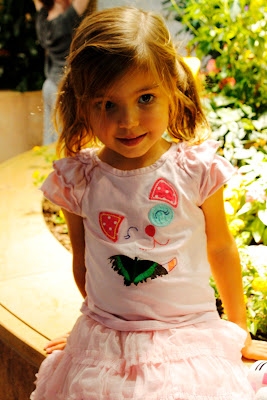 When Hannah got tired of it, she shooed it away, and we left. We checked out the model of the giant snake built based on the bones they found to the biggest snake ever, then swung through the dinosaur bones exhibit before heading back to Union Station.

We kept a pretty leisurely pace the whole day (except when we were running to catch the Imax), but we still covered a lot of ground and were totally exhausted by the end of the day and stayed that way for the next two days. I suppose exhaustion is a natural result of a really fun day.