Pics from this year's trip to Weber's

Today I remembered that we took Hannah to Weber's Farm last Saturday with Amy and took a bunch of pics.  Look how much Hannah has grown since our trip to Weber's last year. We went a lot earlier in the year last year so we didn't have to bundle up as much as we did this year. It was 38 degrees when we left the house last Saturday.  Brrrrr!!!! The good news was that, whether because of the cold or because it's after Halloween, we had the place pretty much to ourselves. 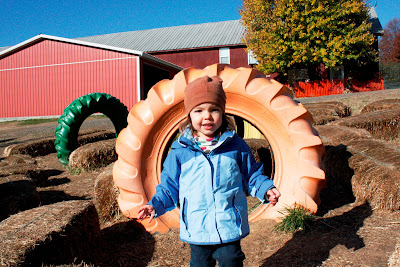 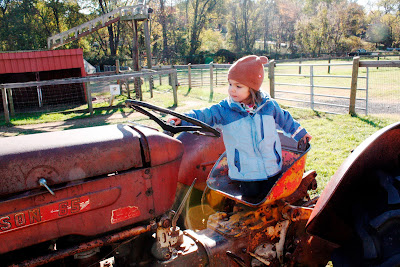 Hannah was a big fan of the maze this year. She saw an entry way and tore off running so fast that I could barely keep up. Of course, the narrowness of the maze combined with the grown-up size of my shoulders and the added weight of a winter coat didn't help my nimbleness. 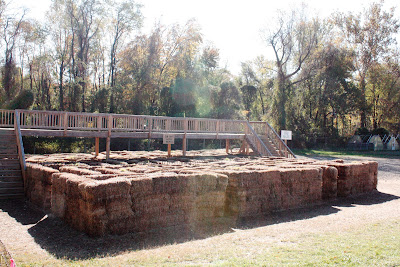 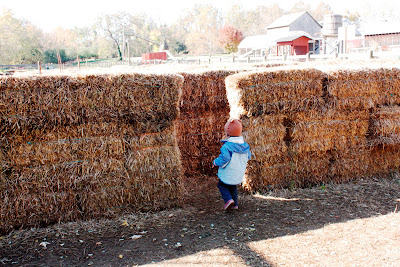 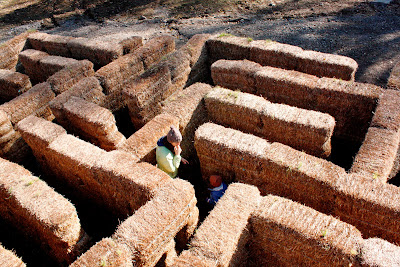 We skipped the hayride this year and spent the rest of the morning on the slide. 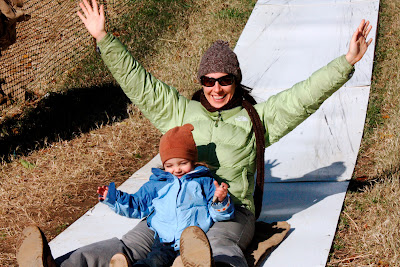 After the first time down, Hannah insisted on going by herself. I was a little worried but figured the worst case scenario was that she tumble down the hill Jack-and-Jill style...and hopefully not break her crown. 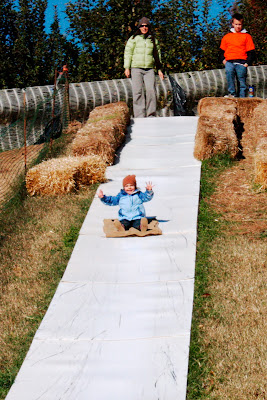 Then we started racing down the slide; that was pretty fun.  By this time, the weather was nearing 50 so each time we came down, we shed a layer before tromping back up the hill. 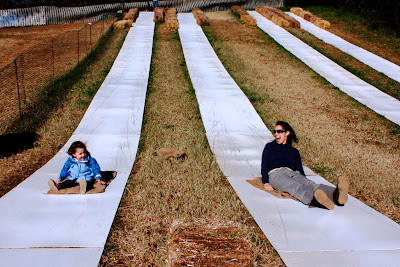 Amy got in on the action then. She slid down really fast for some reason so all the other pics I have of her have Hannah way in the back. 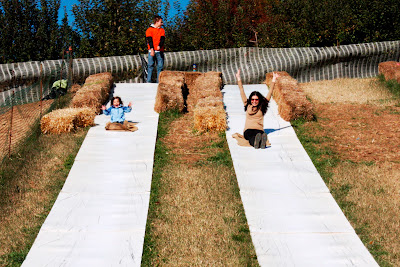 Down to just clothes (with long johns underneath)! Dressing for fall weather is impossible. 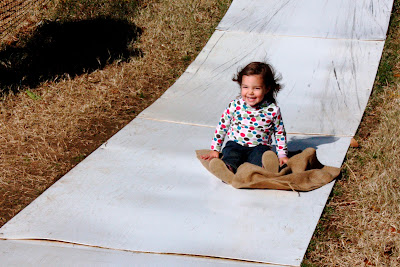 After asserting her independence, Hannah decided to have company again and chose Amy as her running mate in the race against Daddy. 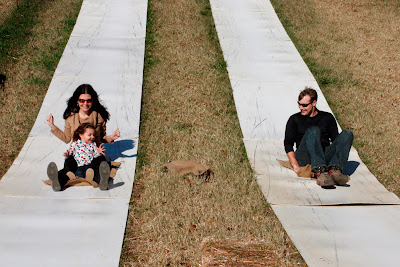 I'm hoping we'll get back out there again before the season is over, but knowing us, that won't happen.
Posted by terri at 5:25 PM