Happy birthday to Eric and the first of three Christmas celebrations

Eric opted to share his birthday with Christmas number one (of three total) at my brother's house because he liked the option of being able to play outside at Chip's house (though it turned out to be brutally cold and windy) and also because he loves everything about Christmas and is always happy to share his birthday with anything holiday-related. Hannah and I wanted to make sure he had some special birthday-only time though so we made him breakfast (maple sausage and egg breakfast burritos) and double coconut muffins for dessert. We sang happy birthday, and then, after licking the last of the coconut from our fingers, we presented him with presents.

Hannah bought him The Avett Brothers newest CD which both Eric and I have been coveting since it came out a few months ago. We also got him a new front pocket wallet and the zip-up hooded sweatshirt that I picked up at the Charm City Craft Mafia Holiday Heap. 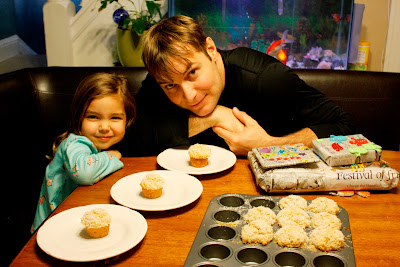 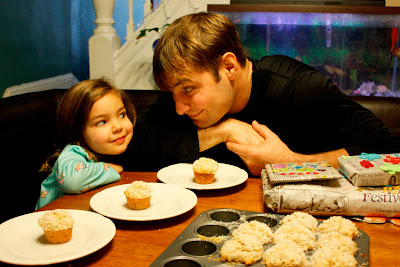 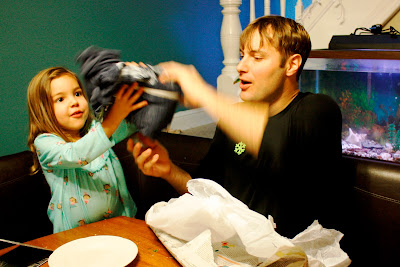 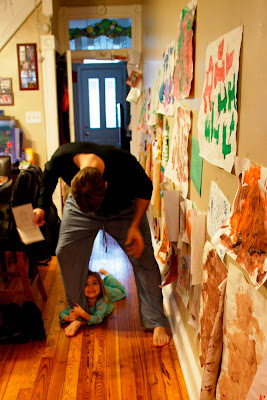 After a proper celebration, we packed up the car and drove to Chip's. Mason woke up shortly after we got there, and Eric immediately went in for a little baby time. I think he's getting excited about the idea of having a baby around again. 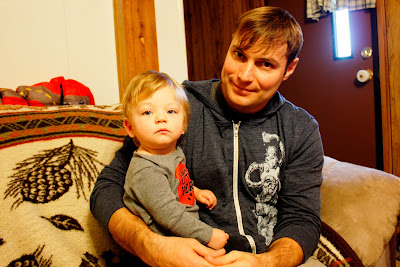 Hannah's school had an awesome fundraiser this year through a company called Original Works. The kids draw a picture using markers, and then they're sent home with the picture they drew plus a catalog. Eric and I went through the catalog and picked out a present for Hannah to give to everyone. Grammy got an apron. Judging by her face, I'd say she liked it. 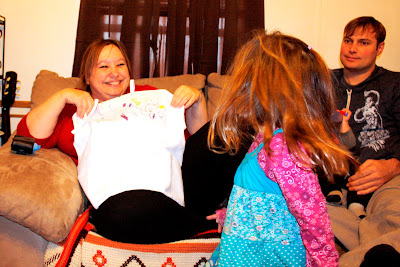 In addition to the second Otis book, we ordered a real leather kid-size tool belt, a real miniature hammer, and real miniature safety goggles for Clay from For Small Hands, a catalog of Montessori child-size tools, learning toys, and games. We also got him the train and truck kit to build. (We got Hannah all of that stuff too, but she opened her stuff today, not Saturday, so that's a different post.) Clay loved his tool belt. He put it on immediately and wore it around for quite a while. 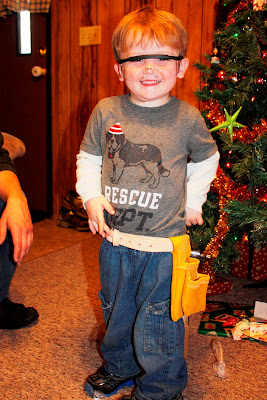 We got Mason a miniature trampoline which Hannah and Clay helped him open it. 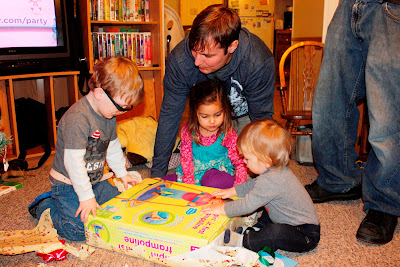 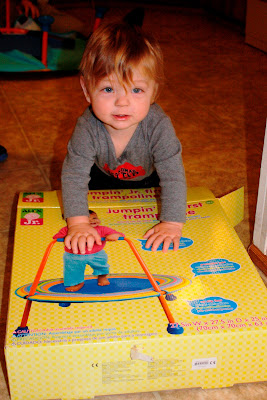 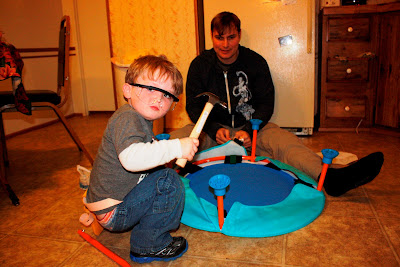 The trampoline was a hit, though getting them to jump one at a time was no easy task. 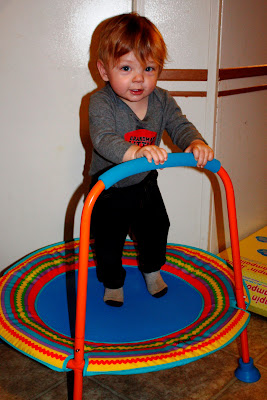 Grammy got the grandkids ViewMasters and a ton of reels. I didn't realize they even made those anymore! She found a blue one for Hannah and red for Clay. We haven't made it through all the reels yet, but we've gotten through quite a few. Chip got Hannah Brave, the movie, which she was obviously thrilled with. It kept her entertained on the car ride home later that day.

After all the presents were opened, we settled in on the couch to read Otis....twice. It's a hit. I love those books. I wouldn't mind having them for Hannah. The stories are great and so are the illustrations. 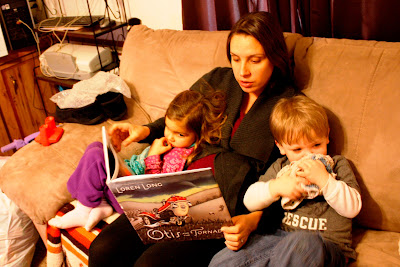 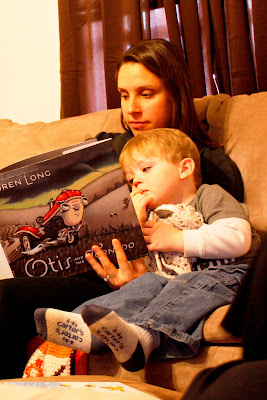 The biggest highlight of the day was the itty bitty kitty. A cat moved into Chip's house over the summer, and he took it in, semi reluctantly. Then a couple of weeks ago, that cat had two babies, one of which did not make it. Hannah LOVED the kitty, and so did Eric, though he was less verbal about it. 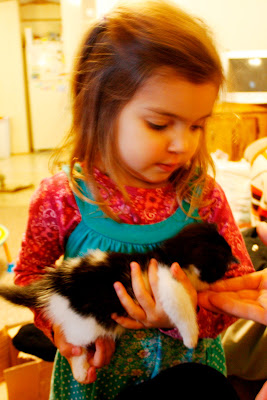 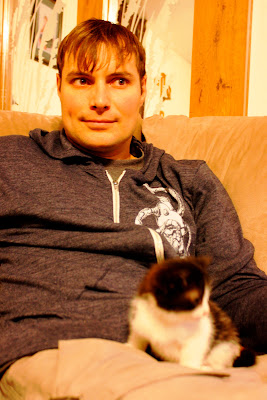 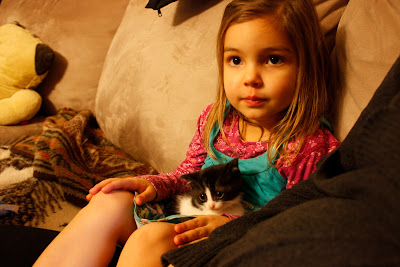 Both spent a ton of time with the kitty on their lap, and yesterday as we were getting out of the car at the grocery store, Eric said "Where do you think we can find a baby kitty on Christmas Eve?"  I just laughed. Babies are fun, and I would LOVE to have a little kitty, but let's just get through the next human baby first before taking in other baby animals....

Later that night Hannah kicked Kaya out of her bed, saying she only wanted a baby kitty to sleep with her. Poor Yaya!
Posted by terri at 4:23 PM