Christmas day in the 'hood

This is the first year that Hannah anticipated Christmas and spent the entire month asking when she could open presents. In spite of that, I wasn't sure she'd wake up that morning and remember, but she did. The night before we set up her new easel in the dining room and wrapped it loosely in holiday paper so it'd be the first thing she saw when she came downstairs. Of course, this was the one morning that she came down the stairs and turned toward the living room instead of the dining room...She beelined for the basement stairs and just as she was getting ready to sprint down to wake up Joel, Amy, and Justin, she caught a glimpse of it out of the corner of her eye, turned her head, froze, and said, "hey! What's that?"

We let her unwrap that one before breakfast. 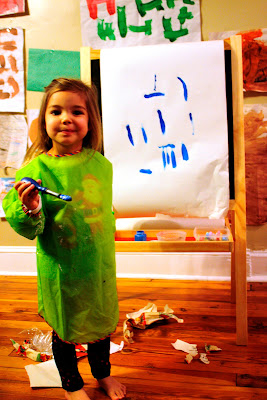 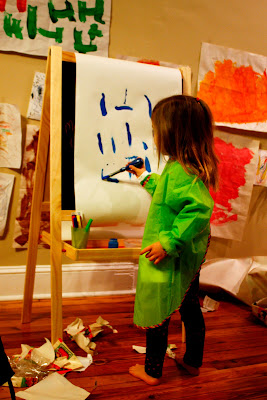 We opened the rest of the presents after Granpah and Grannah arrived. Hannah donned a hand-me-down Santa sweater and happily handed out the gifts. 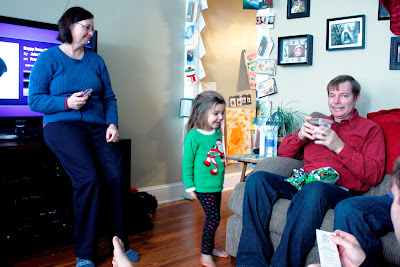 Present opening does not always yield the best shots, but I love how serious she is in this one, with her tongue pushed forward and everything. The kid has always had a tongue thing. Of course, when she was little, it was just always hanging out of her mouth like a member of Kiss. These days it just pushes to the front when she's concentrating on something, like unwrapping a travel size Hungry, Hungry Hippo from Aunt Amy and Uncle Joel. 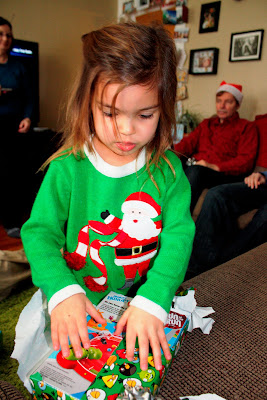 Grammy took Hannah shopping earlier this month to pick out presents for me and Eric. While they were out and about, they found the below lovey for baby brother. 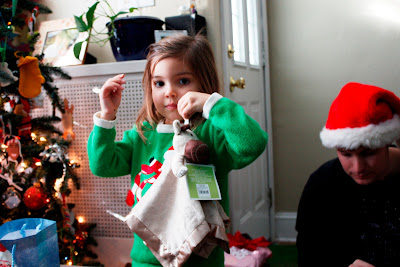 While I was in jury duty last week, Eric and Hannah putzed around The Avenue and picked out funny presents for everyone including these rock star sunglasses for Uncle Justin. 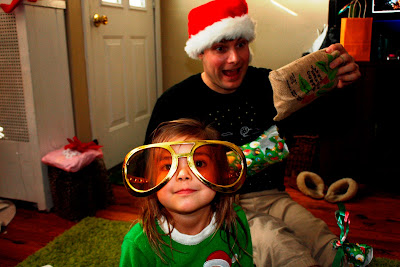 I love this one of Hannah modeling her new tool belt and safety goggles and I also love the one after it...I tried, but I couldn't pick just one. 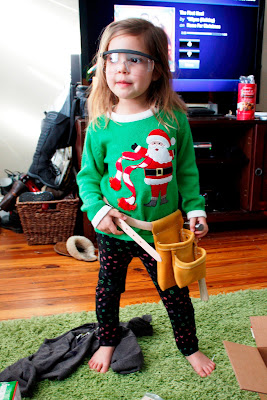 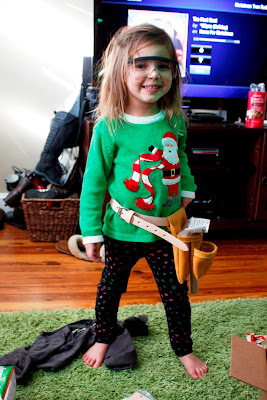 Remember in my last post how I said Hannah got everyone a present from the Original Works fundraiser her school did? Well, Joel got the t-shirt that he is modeling in the pic below. (Amy and Uncle Justin got an iPhone cover; Grannah got a mouse pad; and Granpah got a travel mug.) He is also modeling one of the fake mustaches from the pack that Hannah and Eric picked out for Granpah while putzing around the 'hood. 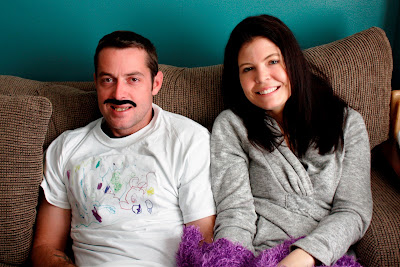 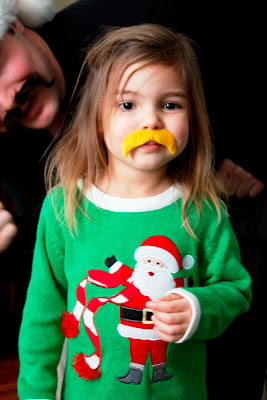 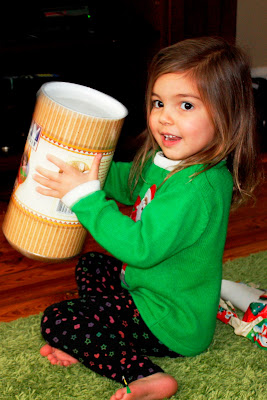 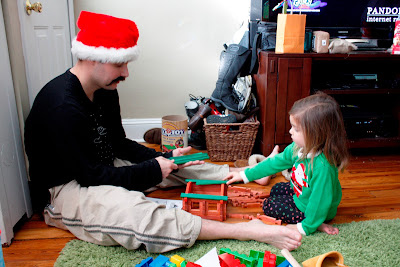 Group mustache shot! (Hannah pulled off hers pretty quick, but we put her in the pic anyway.) 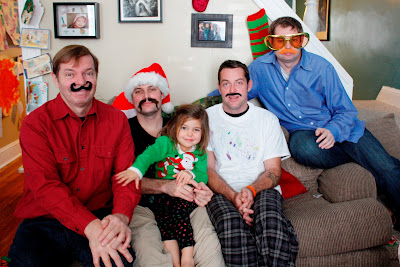 Shortly before 5:00, we bundled up and walked down to 34th Street to see the lights. Hannah rode her balance bike and posed like quite the biker chic. 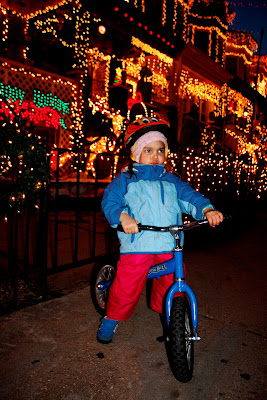 This was Amy's first visit to the lights so I hopped on the other side of the camera to commemorate it. 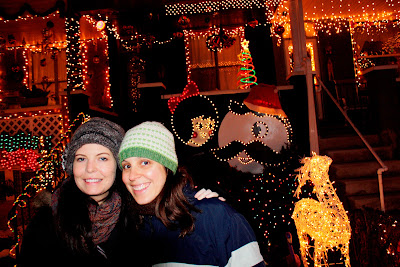 I swear that the last time we had both the brothers around for the holiday, we all walked down to the lights, and I took a pic of the Kellogg boys with Hannah. I can't remember if it was for her first Christmas in 2009 or her second in 2010, but neither made it here in 2011 so it wasn't then. Because she was so little in that pic, and because neither of the brothers made it here last year, I wanted another pic and I wanted to link to the old pic so we could compare, but I can't find it in my archives anywhere. I don't get it--I know it exists...but where??? I have a mental image; sorry I can't share it! Anyway, here's the one from this year. 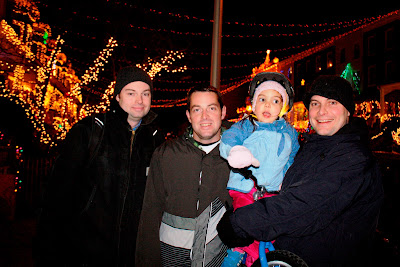 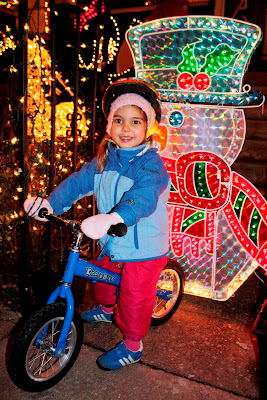