Wrapping up the summer at the state fair

September began with our annual visit to the Maryland State Fair, our favorite way to celebrate the end of summer! We did pretty much the same thing as last year and the year before; the only real difference is the length of Hannah's hair!

This year we headed for the milking palace first. 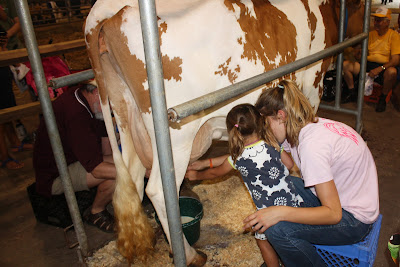 Then we crossed over to check out the other animals. I didn't take nearly as many shots here as I have in previous years since it's all pretty much the same. The one thing that they had last year that they didn't last year (or maybe they did, but we didn't see it) is this whole section with super tiny baby animals. There were little glass warming crates with chicks hatching from eggs and teeny, tiny piggies nursing on their big, ol' mama. This was probably my favorite part, but since it was inside, and since I was too busy saying "awww!," I didn't get any good pics. 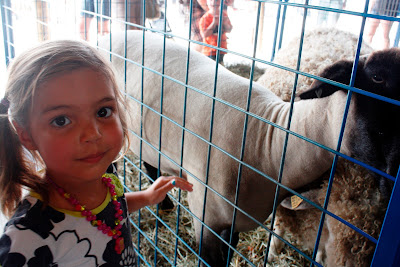 The fuzzy little ducks are my favorite. I want ducks. 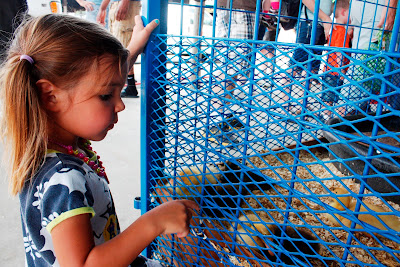 One thing different about this year is that our next-door neighbors, Amy, Nate, and Zoey, met us there. Amy loves the rides and volunteered to take Hannah through the fun house. They got stuck upstairs for a while because Hannah loved the room with the punching bags and ran back and forth through it repeatedly. I snapped a shot when they were on their way out. 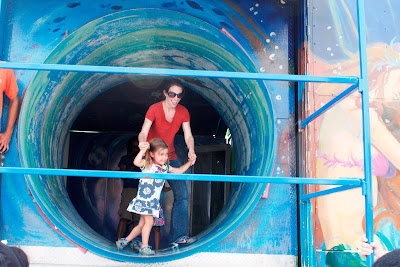 As usual, Eric was all about blowing money in the name of good, old-fashioned fun. Hannah wanted one of those diaper-wearing elephants, but to get one, you have to win twice. They had beginners luck and won the first game but lost the next few and finally gave up. 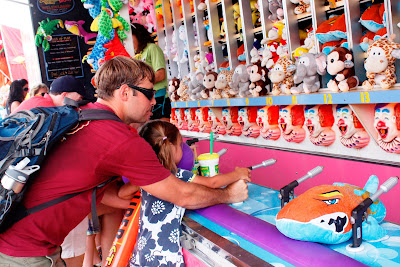 There was another fun house/obstacle course type thing that I took Hannah through. I can't get on the rides that move so I figured I better take advantage of the one that doesn't. 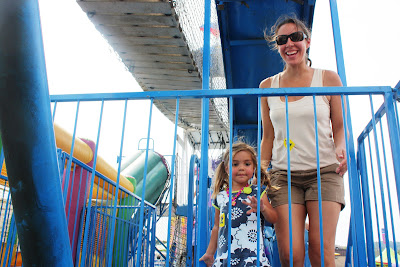 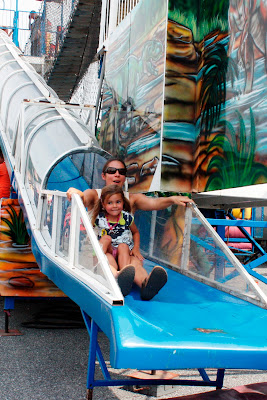 Nate gets sick on rides too so he fed Zoey while Eric and Amy rode a crazy, shake-em-up and make-em-puke ride. Hannah and I played (and lost) a few games while they did that, and then we all got on the Ferris wheel, which I managed to deal with even though those things make me feel illified too. The only benefit that I can determine from a Ferris wheel (aside from the view) is the opportunity for a family pic (if you happen to be in the car with people you know). 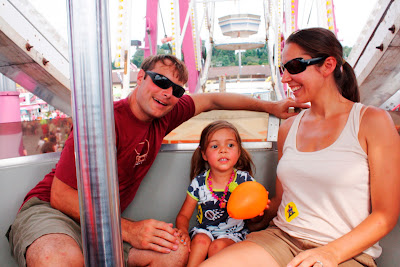 Their pic turned out much better than ours. 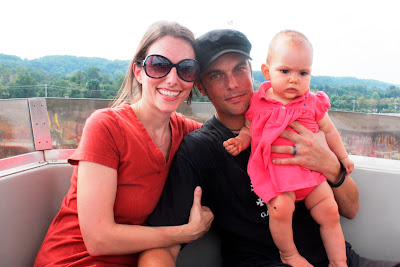 After that, our neighbors headed home to rest, and we headed to the kiddie rides to let Hannah blow through the rest of the tickets. She insisted on riding all the rides alone so Eric and I just hung out in the sun, sweating and pounding water while she moved from ride to ride. First the pirate ship... 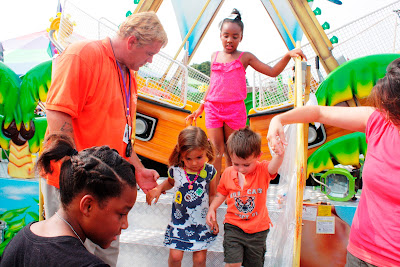 Then these four wheelers.... 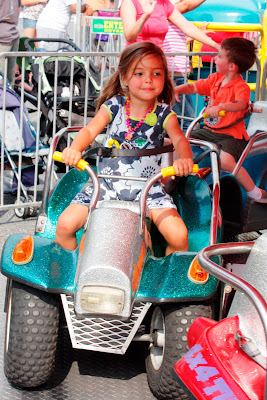 Then the teacups, which I was sure she'd want company on since it's so big, and since turning the wheel to make it spin takes some muscle, but nope. She wanted to ride alone. She even managed to spin it a bit on her own. 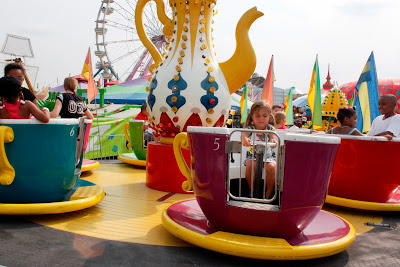 The flying banana ride was next... 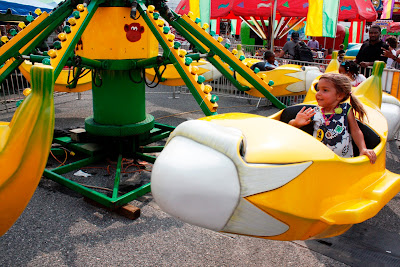 And last on the list was the giant spinning apples. Eric finally talked her into letting him ride too, though I think he regretted it since this thing was like an oven on the inside. 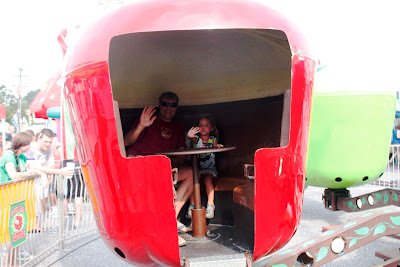 We heart the state fair!
Posted by terri at 5:42 PM