My mom bought a photo sitting and free 8x10 at an auction to benefit Habitat for Humanity, which meant....family picture day!  We dressed casual nice and met in front of the museum at the City Park in Hagerstown on Saturday morning.  I brought my camera too, of course, and snapped a few pics after the photographer was finished.

My favorites: Hannah and Clay holding hands.  How cute are they?? 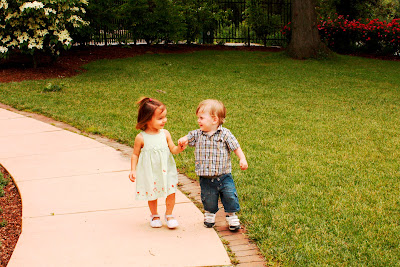 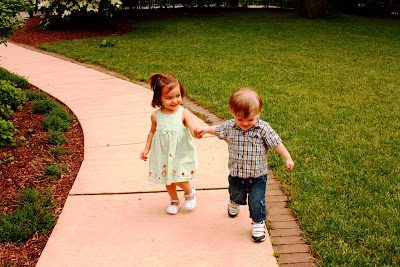 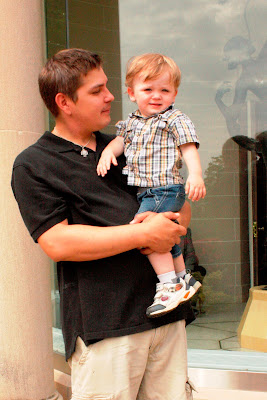 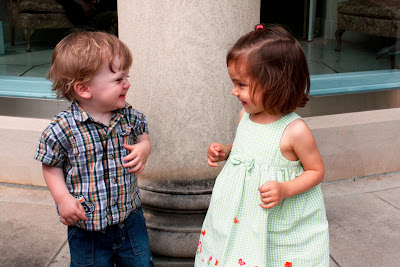 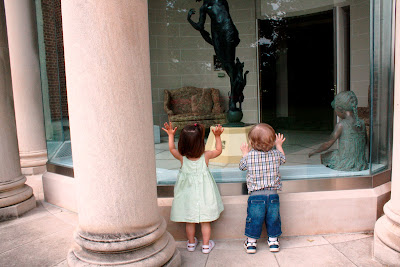 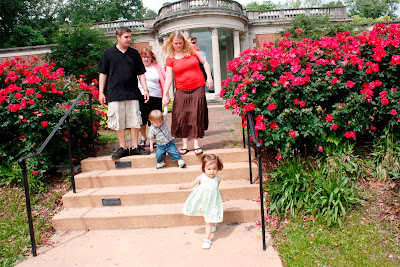 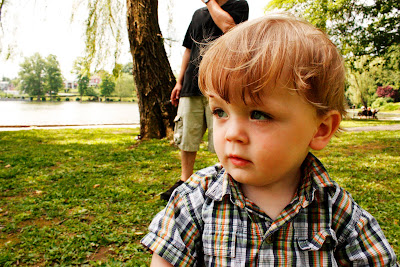 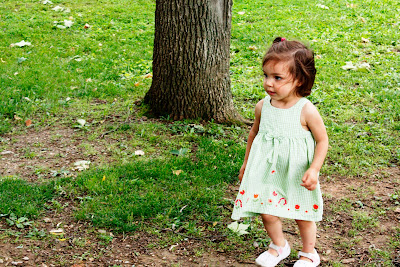 After pictures we went out for lunch and then headed to Chip's new place.  He moved into a trailer just over the Pennsylvania line in Waynesboro. It's a pretty sweet spot with lots of open space and huge yard in front and in back.  The back butts up to a cow pasture, and the cows come up to the fence to visit pretty often.  They didn't get too close while we were there, but they got close enough for Hannah to see.  A train went by too; you can kinda see it in the distance... 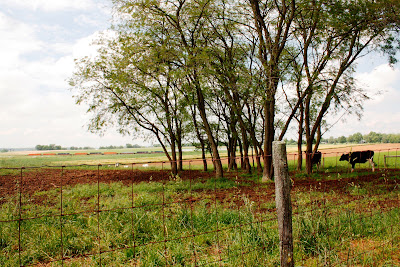 Clay passed out as soon as he got home and refused to wake up, even though both Hannah and Chip tried to wake him, so Hannah played alone, but she didn't mind.  She loves being outside, and it was such a pretty day to be out and such a great place to be! 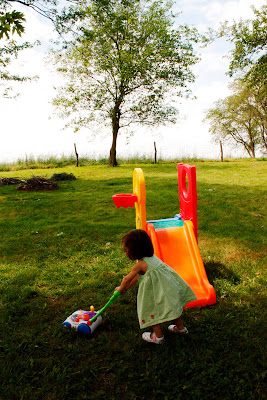 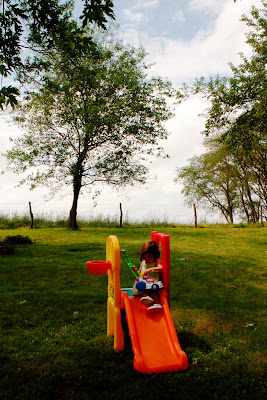 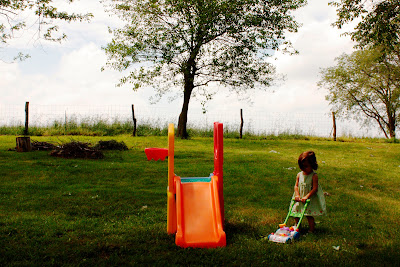 Thanks to Elmo riding the tricycle, Hannah now loves bikes and wearing a helmet.  She happily wore her duck helmet and sat nicely in her bike seat on the way to and from the library on Thursday, and she loves her helmet so much, that she refused to take it off during story time.  The other kids were mesmerized, distracted, and kept trying to touch it much to Hannah's annoyance.  When she saw Clay's helmet and bike, she hopped right on. 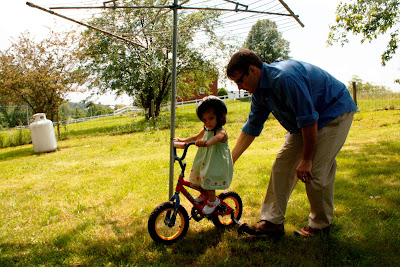 They even have a rope swing!!! Hannah was in heaven. 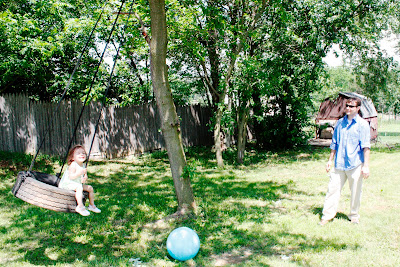 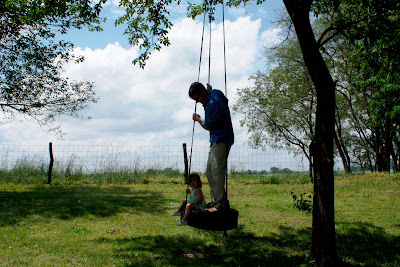 Spending the afternoon at Chip's made us want to take house hunting a little more seriously...But then we came home and hung out with our neighbors who we love and....I don't just want a house with some space; I want a community like I have now.  And I want trees, lots and lots of trees. I hate the houses that stand alone on a grassy plot...they look so weird and lonely.  I'd also like to be biking distance to a cute little main street with at least one good restaurant...And if the house could be unique looking, like a Victorian or a Four-Square or a cottage...Oh yeah, and if it could also be affordable....as in under $300,000, preferably well below that....Yeah, right....
Posted by terri at 9:01 PM