A Train Ride for Hannah

When I was growing up, my dad had a toy train that he used to set up around the Christmas tree every year, and my brother and I loved playing with that train so since there's no room in our house for a train around the tree, I've been dying to take Hannah to the Holiday Festival of Trains at the B&O Railroad Museum.  Unfortunately, saying that Eric wasn't too into the idea is an understatement. I probably would have had better luck talking him into seeing the toy train exhibit at the Kenilworth mall since he's always looking for an excuse to go shopping, but the last place I want to be at Christmas time is a mall.  Eventually I decided to take Hannah by myself and that's when he (and everyone else) decided to come along since there was nothing better to do.  Fortunately, it ended up being more fun than even I expected, and since it was everyone's last day here, it was nice to have one last family activity before Uncle Justin, Grannah, and Granpah headed back to Michigan.

Since the main part of the museum was an old round house, there were rails in the floor every few feet.  It took Hannah a few laps before she was comfortable stepping over the rails without holding someone's hand. 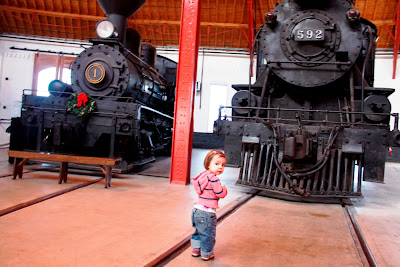 On our one trip to the mall this holiday season, we let Hannah ride the little carousel thingy and she LOVED it.  She signed more repeatedly until we were all out of singles and had to pull her away screaming.  The train ride in the pic below was only a quarter and since there were six adults present, each in possession of their own change-filled wallet, Hannah rode as much as she wanted. 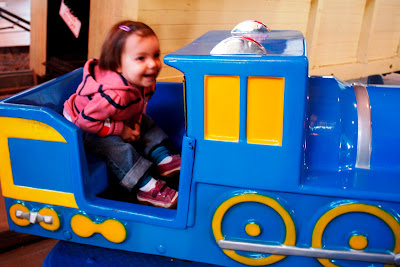 In addition to trains, they had a bunch of old buggies and the horse-drawn carriage in the pic below that was open for the kids to run in and out of. 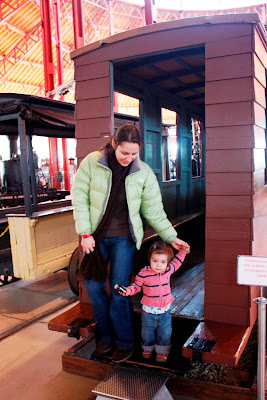 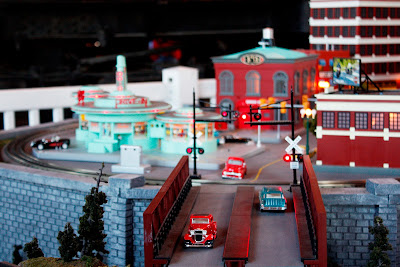 Here are Hannah and Granpah checking out the steam engine. 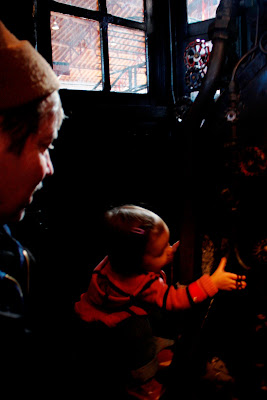 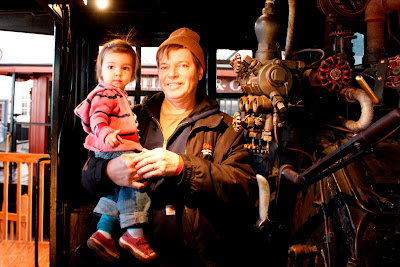 Exploring the....mail car maybe?? I can't remember what car this was... 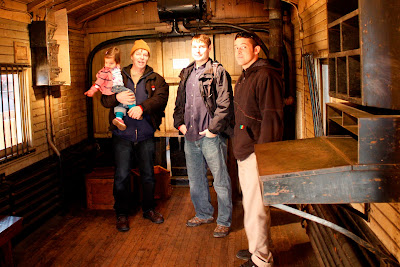 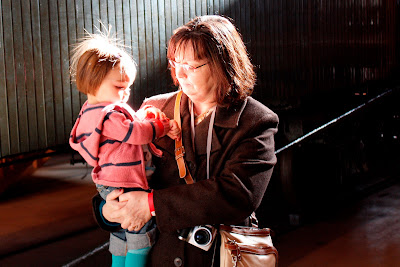 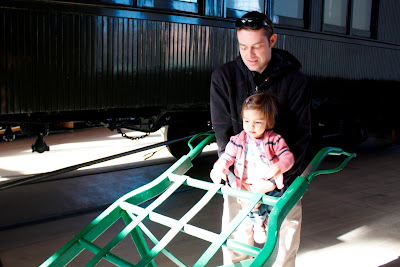 The below pic was taken right before Hannah sat down on the rail thingy (that was surrounded by chains indicating it was not there to be climbed on) and fell backwards off of it hitting her head on the rail behind. Eric called the accident right as I was snapping the pic but neither of us managed to prevent it. 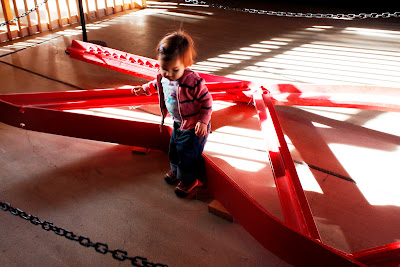 Watching the trains with Daddy. 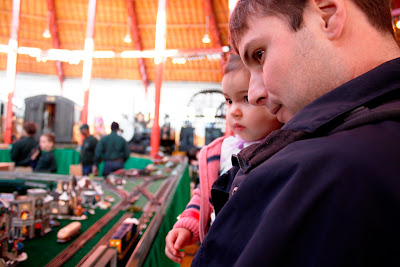 A model fire! Have you ever seen a model fire?? I mean, I don't really look at model anythings but a model fire seemed a novel idea to me. 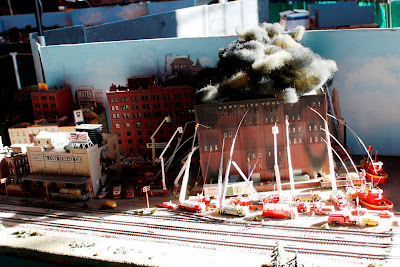 Daddy was blowing bubbles with gum which mesmerized Hannah. 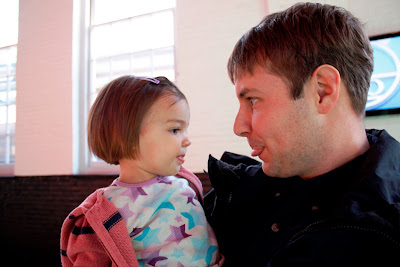 For an additional $2 you can buy a ticket to ride the train, and since the train is where Frosty was supposed to be, we bought tickets.  What we didn't realize is that snowmen require lunch breaks and that this snowman would take his during our train ride. No Frosty for us.  Booooooo! 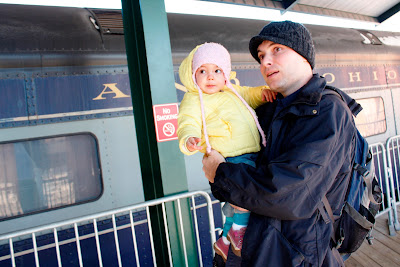 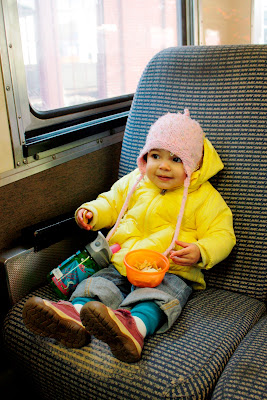 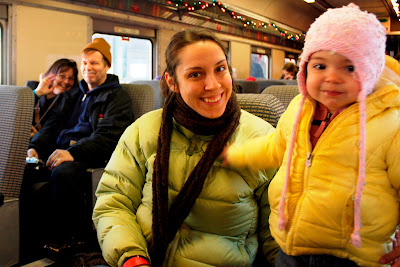 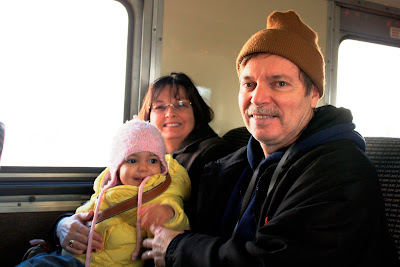 The train ride itself was none-too-scenic, traveling about a mile through south west Baltimore and then back again.  The highlight was seeing a working crane at a scrap metal yard.  In spite of that and being robbed of our Frosty visit, it was a fun and awesomely festive activity.
Posted by terri at 9:00 PM