Those of you who have a hard time waiting for Christmas to open presents should do what we do and just celebrate many times starting a week in advance.  We started yesterday with my side of the family.  Hannah made out like a bandit, as usual.  Within seconds of walking in the door Chip (one of those who has a hard time waiting for Christmas) insisted that Hannah open her present from him immediately which turned out to be the AWESOME truck

in the photo below. When he called me a couple weeks ago asking for ideas for her I told him that she's been really into trucks lately, pointing them out when they drive by, reading Truck Stuck

over and over again, and even racing to the window every Thursday morning to watch the recycling truck. The second Chip had this truck out of the box she was on it, beeping the horn and pushing it around the house. Clay really liked it too,  and at one point they were riding around on it together which was really cute, but since none of those photos turned out, you'll just have to take my word for it. 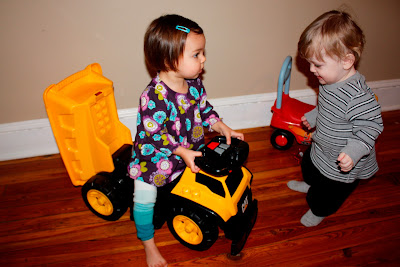 After nap, Grammy showed Hannah another way to ride the truck. Wheeee!!! 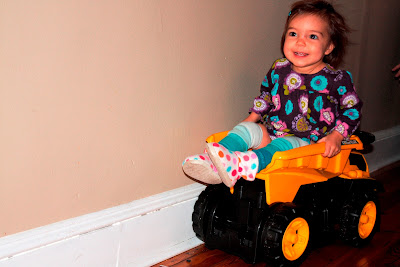 Clay was a big fan of the wrapping paper. He pulled this off a present and took off running without waiting to see what the present was. 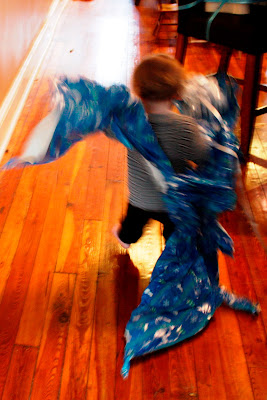 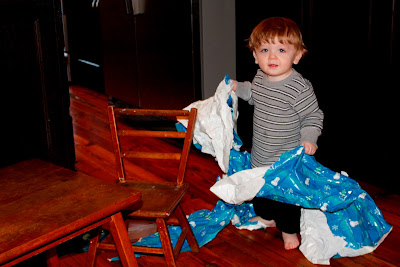 He also really liked the bows.  Who needs presents with all this other great stuff? 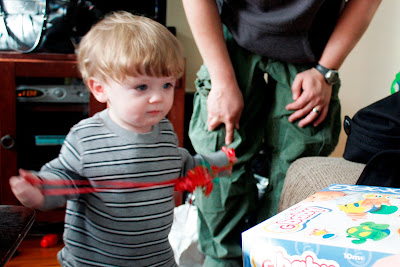 Grammy's chest is a nice, soft place to take a break from all the Christmas chaos. 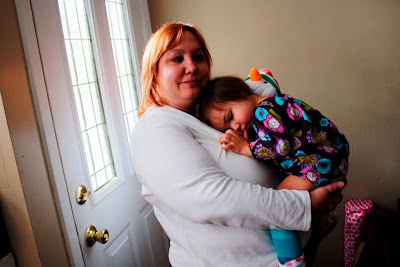 Grammy bought Hannah and Clay little stuffed snowmen, but since Clay had received his the night before, he left it at home.  He tried to sneak a snuggle on Hannah's a few times but she kept a tight hold on hers and kicked her feet at him a few times, I guess kind of like how a dog will snarl his teeth as a warning. My daughter's snarl is a couple rapid kicks.  I thought she was just being selfish which seems pretty typical for her right now, but I think she really likes the snowman because this morning when I went to get her, she was standing in her crib with her lovey in one hand (as usual) and her snowman in the other. She doesn't usually have anything else in her other hand, though every now and again she'll be holding her baby too.

Oh, she also scored some super cute polka-dot slippers.  They're in the dirty laundry now though because she peed in her training pants today and then walked through the resulting puddle while wearing her new slippers....Aren't they cute? 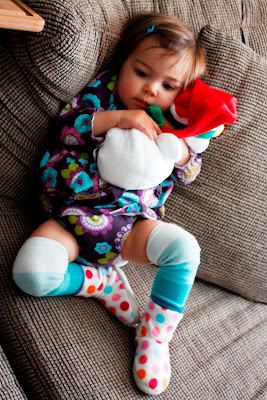 fter watching everyone else open a few presents, Hannah was ready to try it for herself. She peeled back the paper and when she saw that it was a doll house

, her jaw dropped. It's the face she makes when she hears someone at the door: her eyes get all wide and excited, her mouth hangs open in anticipation, and she usually shrieks a few times. I'll have to try to get it on video sometime because it's hysterical. Anyway, I was surprised to see her react like that to a picture on a box. I mean, is she capable of equating that photo with a toy inside that will be really fun to play with??  Is that within her mental capability??  Or was she just imitating everyone else when they opened their presents?  Either way, the doll house is a huge hit. 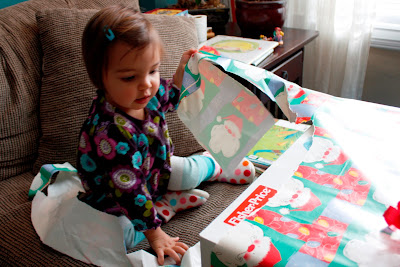 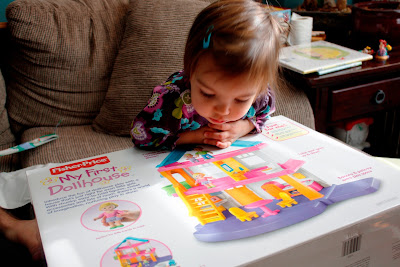 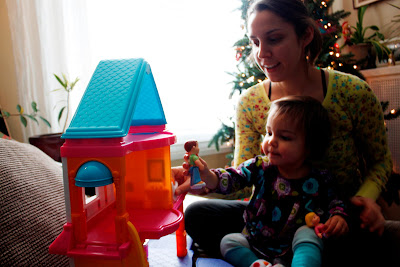 Her favorite part of the house is the potty.  She spent the first half hour having the mommy, daddy, and baby take turns peeing in the potty while she made the "ssssss" sound.  Whoever wasn't actively peeing in the potty usually got to soak in the nice, relaxing bath tub. 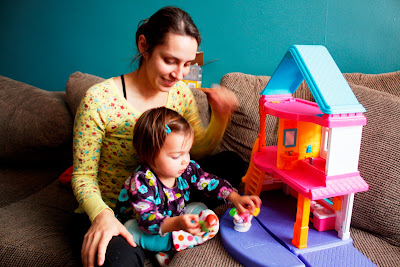 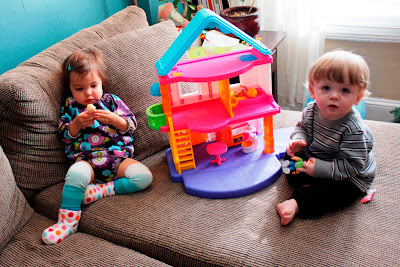 Later that night I was still feeling trigger happy with the camera so I snapped some shots of the cat who I usually can't photograph well because she's so dark she just ends up looking like a shadow in most pics.  Since she is not at all shadow-like in the photos below, I'm taking that as a sign that after two years of ownership, I'm finally starting to figure out my camera!  Wooohoooo!

My family has this tradition where every year somebody buys three of the same ornament, one for mom, one for me, and one for Chip, so we each have a few of the same ornaments on our tree.  It was my turn this year, and I was feeling a teeny bit crafty so I decided to make them.  I wanted to use a pic of Clay and Hannah together but couldn't find one I liked so instead I made a two-sided ornament.  One side has my favorite photo of Clay. 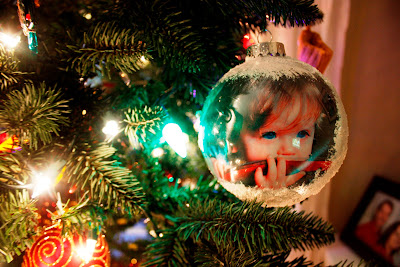 And the other has my favorite photo of Hannah. I stuffed tissue paper in between them to hold them in place and then painted this snow texture stuff all around the edges.  I also used a green Sharpie paint pen to write 2010 on each side. Not bad, eh? I mean, for as easy as they were to make, I feel like they turned out pretty well. 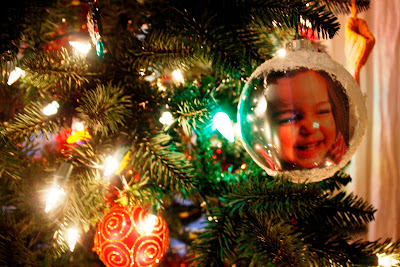 And then Hannah snuck in a couple more minutes of doll house play before bed.... 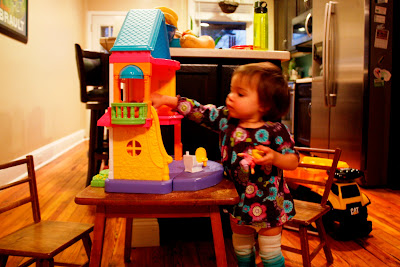