We took a nature hike today at Oregon Ridge and learned how to spot a Maple tree, tap it for sap, and then boil it down into syrup.  We also learned how the Indians boiled it down (by placing the sap in a hollowed out log and then adding in hot stones), how the colonials did it (by boiling it in a kettle over a fire), and how the next generation that came along did it....I forget who they were and how they did it, but their way was close to how it's done today.  After learning all about maple syrup, we headed up to the nature center to play with the turtles and frogs and birds.  Joel manned the camera so all the below are courtesy of him. 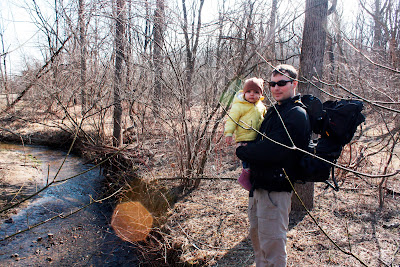 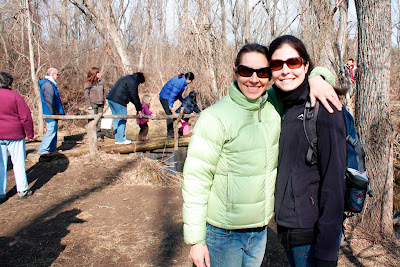 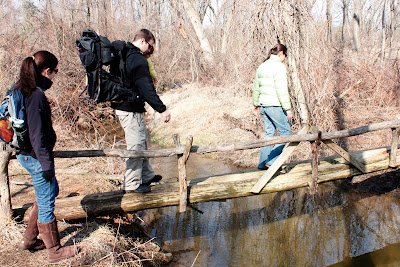 ALSO....I forgot about these pics Eric took earlier in the week.  Atticus came over to play for a bit one afternoon and, much to her delight, Hannah got to feed him his green bean snack. 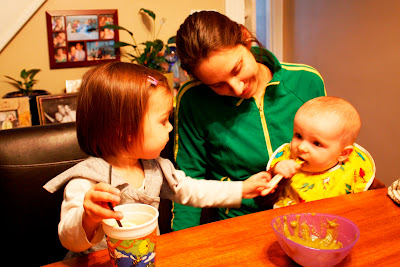 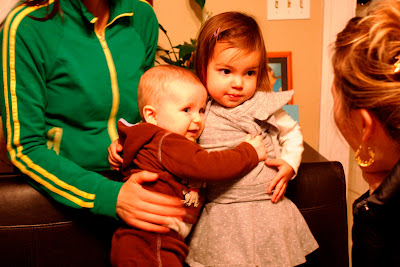