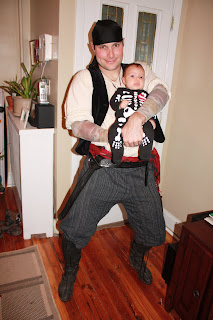 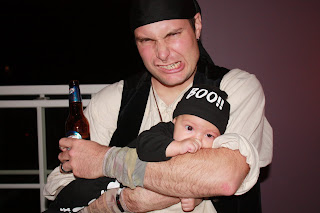 Eric borrowed a great pirate costume from our next door neighbor, and I pulled together some random items in a half-a**ed gypsy look. We drove out to Ellicott City to where our friends Jess, Todd, and Bill live. They totally did it up! I'm envious of the motivation that went into decorating and cooking. Hannah wasn't as impressed...or she was cranky. It was her second night of partying which she wasn't thrilled with. We were the first to arrive and the first to leave, just like the night before, but it was still exhausting 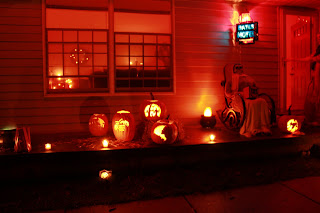 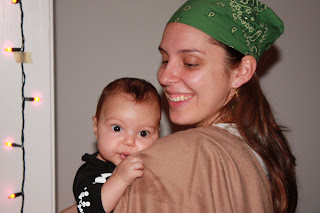 The other pics are from earlier that day. Eric got snap happy with the camera watching Hannah and I make googly eyes at each other. Then there's the pic of her with her face buried in his arm...I came home from the Farmer's Market on Saturday morning to find them like that. He said she woke up from he 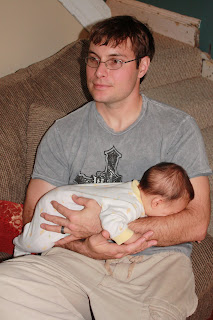 r nap and refused to do anything except go back to sleep in the crook of his arm. Once asleep, he tried to put her back in her 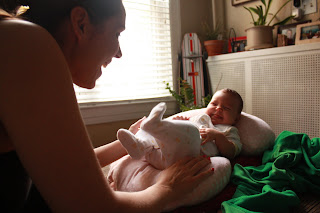 crib, but she woke up and insisted on burying her face in daddy's arms. 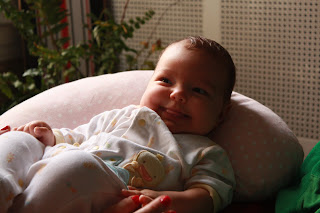 Enough for today. My child-birth induced hemorrhoids came back with a vengeance today so I'm miserable. I would rather give birth every day of my life than deal with hemorrhoids...I've never been so uncomfortable.
Posted by terri at 9:35 PM