Hannah's face in a hole

Hannah had a hay day with the face-in-a-holes at Weber's this year, and Weber's has amped up their selection of cardboard places to put your face to a level bordering obnoxious. Eric played the diligent paparazzi, and I am posting all of his pictures!! Only because I heart obnoxious-ness.

I missed the trip the first trip there this year (hoping there will be a second, and that I'll be there for that), so Eric is our photographer for this post. Last year Hannah split her time between running wildly through the corn maze and flying down the giant slides on a burlap sack. According to Eric, these were favorite activities again this year, but according to the pictures on his phone, all she did was take a hay ride and stick her face behind a bunch of painted cardboard. 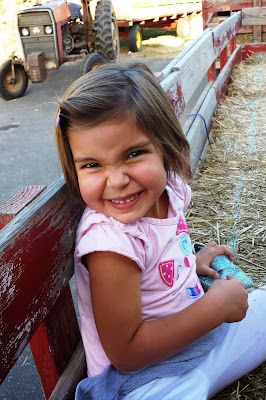 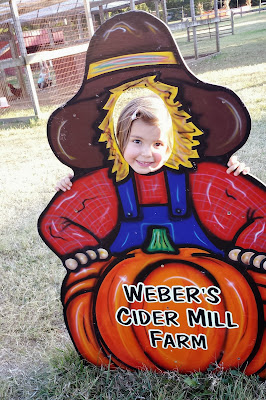 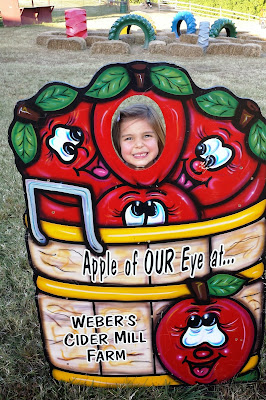 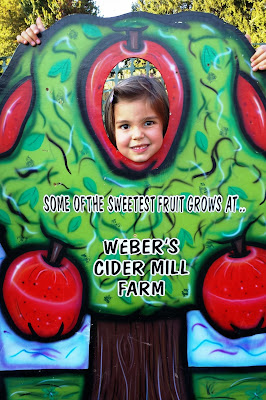 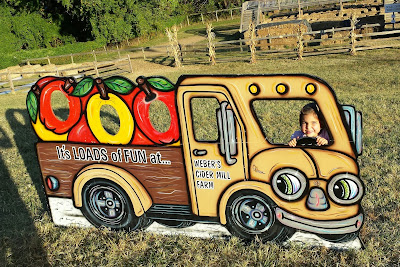 Last year's visit to Weber's has links to all the previous years.
Posted by terri at 8:42 PM