The to-do list I was keeping on my phone was a little too out of sight, out of mind so I broke out an old-fashioned pen and paper earlier this week, filled up a bunch of lines, and now, finally, some of the items are getting crossed off. I love crossing things off a list so much that I've been known to write something on a list after having completed it just so I can have the satisfaction of scratching it out. I love it so much that in an effort to quickly bust out all the blog posts that are on the list, I'm going to TRY to curb some of my usual rambling. I'm not off to a great start though...

On day two of Memorial Day weekend (day one was spent hucking tadpoles at Oregon Ridge), we drove to Chip's place for a mini, last minute family reunion of sorts that we'd planned mostly without Chip's advance knowledge. Oops! We brought him Eric's old grill though, so I think that made up for the home invasion. 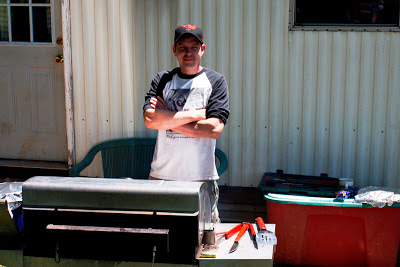 Kim and Aaron brought an unreal amount of seriously good eats including some super fresh and sweet local strawberries with cream that Kim whipped by hand (I have no idea why anyone in their right mind would do it by hand, but props to her for being hardcore). Hannah ate the daylights out of some strawberries and whip cream, well, she ate the part of the strawberry that had the whip cream on it, that is, the bottom half. The rest of the strawberry she passed to someone else to eat so she could go for a fresh one. 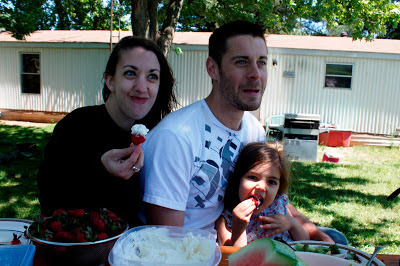 My aunt Pam and uncle Donny got to meet and 'nuggle Jacob. 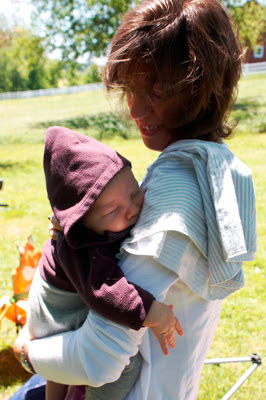 No trip to Chip's is complete without ample time on the tire swing. 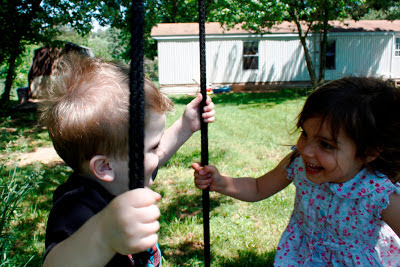 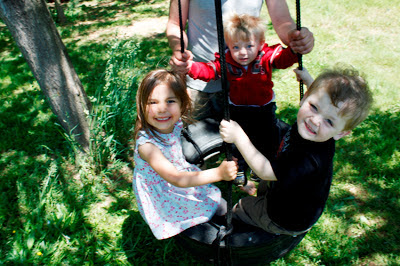 After seeing the little cousins all together on the swing, Pam insisted that the big cousins hop on and cheese for the camera. We grumbled, but obliged...and we even smiled. Well, two of smiled. Chip just kept grumbling. 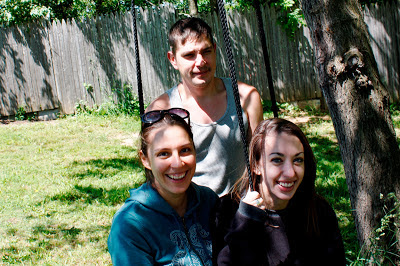 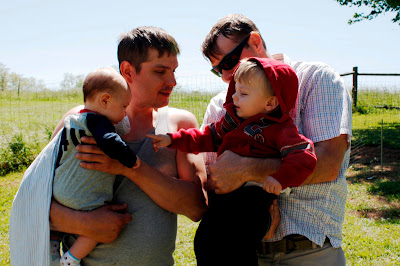 Then the baby kitty came out from wherever it was hiding, and I bet that it was wishing it had stayed hidden because Hannah spent the rest of the day following it, chasing it, carrying it, and obsessing over it. 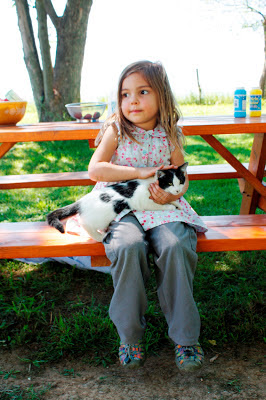 Aaron is a huge hit with the kids. I mean, he's a hit with the adults as well, but his natural ability to connect with kids is more notable. The fact that Mason hung with him is evidence of that--I can't even get Mason to come to me most of the time because he's so shy, but he warmed up to Aaron in no time. 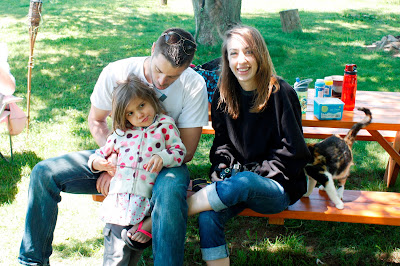 And here are a few more random, very close-up photos that I stole from Kim.

Mason looks JUST like his daddy did when he was little. It's uncanny and a bit freakish. I stare at him every time I'm around him because it's just so unreal to me.


Awww! My cousin is so perty! I love that this worked out and that we were all able to get together at the last minute. In spite of living less than 2 hours apart, we rarely see each other except for the family reunion each year (which happened to be today so you'll see those pics soon and think that I am BSing when I say that we hardly ever see each other, but I swear it is a freak incident that we got together twice in one month).

I don't have any pics of the BBQ we had with the neighbors on the third and final day of Memorial Day weekend so we can say au revoir to May now! Time to hit "publish" and then scratch this off the list....
Posted by terri at 10:06 PM