I suppose I should start catching up on August happenings now that July has been recorded. Hannah's birthday was almost the first thing that happened, but before that, we had the pleasure of Joel's company for a couple of weeks before he headed south to North Carolina.  I haven't been great about taking pics of Hannah with our many visitors that we've had this summer, but I did manage to snap two of Hannah and Joel snuggling on the couch.

In the first, they are watching the Olympics on Joel's iPad and munching on pizza. 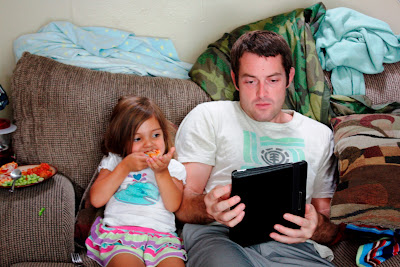 This one was taken shortly after Hannah and I returned home from the library with a stash of new books. 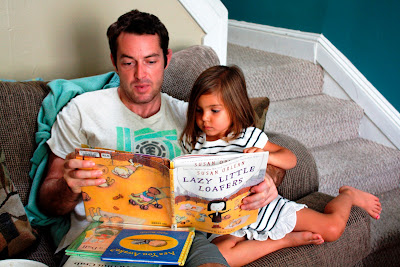 And now Joel is en route back to New Zealand which is a total bummer for us. As always, it's hard to say goodbye to Joel, but we're happy we got to spend the first part of this week with him at the beach. That's another blog post all together though.
Posted by terri at 9:08 PM

Email ThisBlogThis!Share to TwitterShare to FacebookShare to Pinterest
Labels: family