I finally talked Eric into guest blogging about his camping trip with Hannah and the neighbors in western Maryland (I think Green Ridge State Park???). I'm obsessed with chronological order so I'm holding all the posts until this one gets covered, and, as usual, I am incredibly back logged on the posting. This was the same weekend as HonFest so...second weekend in June I think? I stayed home and worked on my class the ENTIRE time. I got a lot done, and it was kind of neat to be alone in the house...It's been about 3 years since that's happened. It was a little freaky though because the neighbors on both sides of us went along so I was the only person in a three row home radius. This is akin to feeling like being stranded on a desert island for a city slicker like myself.

Enough of my blathering: let's give a warm welcome to Eric!! (Clapping and cheers from the crowd.) 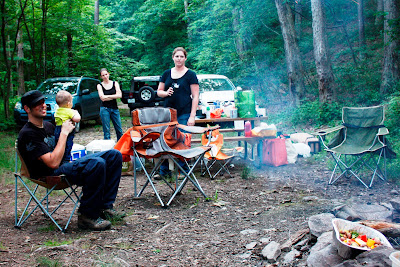 Running around barefoot and playing with Baby Zoey. 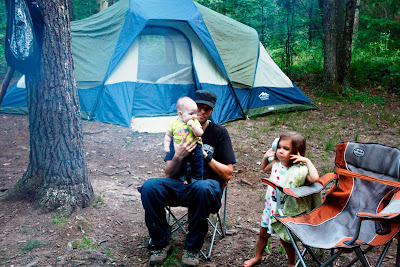 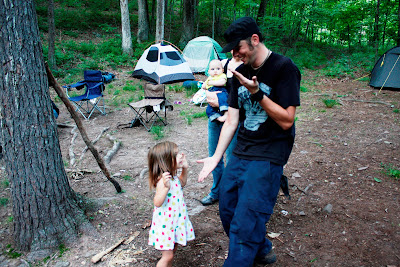 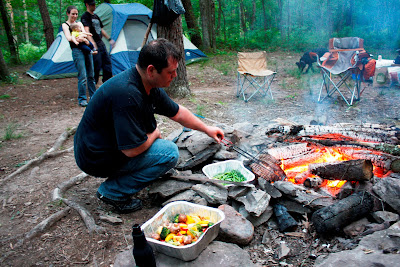 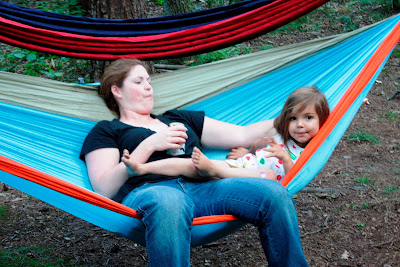 Lots of off roading adventures and late night storytelling was involved as well.
There was also a huge black cow that was wondering around an empty campsite. It stuck its head in Hannah's window and tried to eat her snacks. We all had a blast and are looking forward to many more camping adventures. Cheerio.


There you have it ladies and gentlemen! I hope you enjoyed your very first, very brief blog post by Eric. If I wrote like him, I probably wouldn't be so behind on posting. Heck, I could probably even find time to blog almost daily. It's amazing how difficult I tend to make my life, especially when compared to how simply Eric lives his.