Hannah's First Romp in the Snow

I forgot to put the polarizing filter on the camera before taking Hannah out into the total whiteness this morning and as a result, I have some insanely bleached out pics to share. I tried editing them, but I'm just not that talented with the photo editor.  I'm sharing them anyway because today was Hannah's first romp in the snow, and that's an occasion that should be documented with pics, right?  We'd have taken her out sooner, but this was really the first snow fall that accumulated enough to play in.

She has this incredibly spaced out look on her face in the first two pics, like she's trying to figure out why she's wearing so many clothes or something. 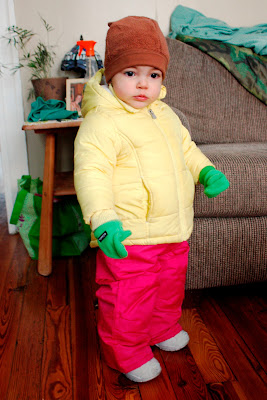 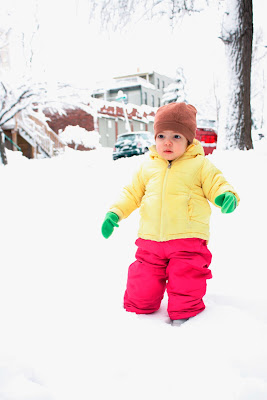 Right after I took this next pic she pushed her hand too far into the snow and got it stuck.  I had to help her out but the force pulled her mitten off and she was not happy when the snow touched her bare hand.  Although she hasn't been as grossed out by it as she was the first time we got a little snow fall this year, she definitely didn't want it touching her. 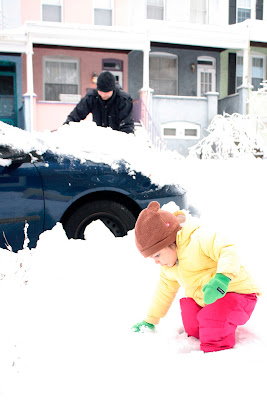 She didn't want to sit in the snow, even with her snow pants on, so Daddy sat her on the roof of my car to help her put her mittens back on. 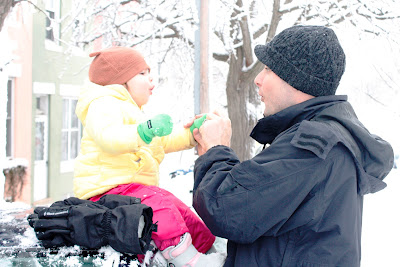 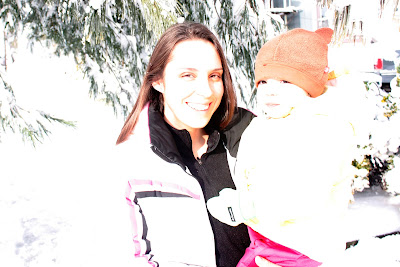