A few days after we returned from Michigan we contacted our realtor about the house with 5 acres located not too far off the beaten path that I wrote about in this post. Like I said before, by this point, we had become pretty jaded by house hunting, and as a result, we were no longer easily excited, but this one looked promising and it was actually in our price range unlike a lot of the homes we visited. So on a Friday morning toward the end of August, we loaded up the kids and headed north, out of the city and then completely out of the beltway to a place where trees outnumber houses. The house sat on a slight hill far off the road. As we ascended the driveway, it occurred to me that the driveway was quite possibly longer than the city block on which I'd spent the previous 8 or so years fighting for parking.

It was a modest rancher with nothing particularly exciting or unique about it...except the land where it sat. In addition to the huge front yard, there were woods on both sides and in back. A small stream ran across the front yard by the street and connected to a much larger stream in the woods on the north side of the house. The woods were full of bright ferns and tall, straight trees that stretched way above our heads and dwarfed us in a way that felt far more calming than the skyscrapers downtown.

We wanted a really unique outdoor space, preferably with more than an acre, without being too far from the civilization I'd built my life around. We'd visited suburban neighborhoods all over the place, and I loved the appeal of being in a neighborhood with sidewalks for trick-or-treating and a close-knit community like the one I'd be leaving, but the gridlocked backyards in those suburban neighborhoods turned us both off. I had no idea I'd be such a snot about that; after all, we had no grass at the house we were living in. You'd think that I'd be thrilled with even the smallest patch of green, but I wasn't. I'd walk out into the yards of those suburban homes and look at the fences on all three sides and just feel claustrophobic. I wanted something with more character and more space, ideally with water running through. (I'll share pics of the outdoor space soon.)

There was a pool too (selling point for Eric). It was full of cracks, and the small amount of water it held was murky and full of frogs, but it was a pool which fit Eric's dream of creating an outdoor paradise.  In the meantime, we knew the frogs would be well loved.

We walked in through the back door and laughed at the kitchen which was circa 1960 with a tiny vintage wall oven and was completely closed off from the dining room save for a small doorway. We weren't looking for fancy though; we had long since come to the realization that we couldn't afford a house as nice as the one we were living in. We were looking for something that was livable as is and showed potential for greatness. 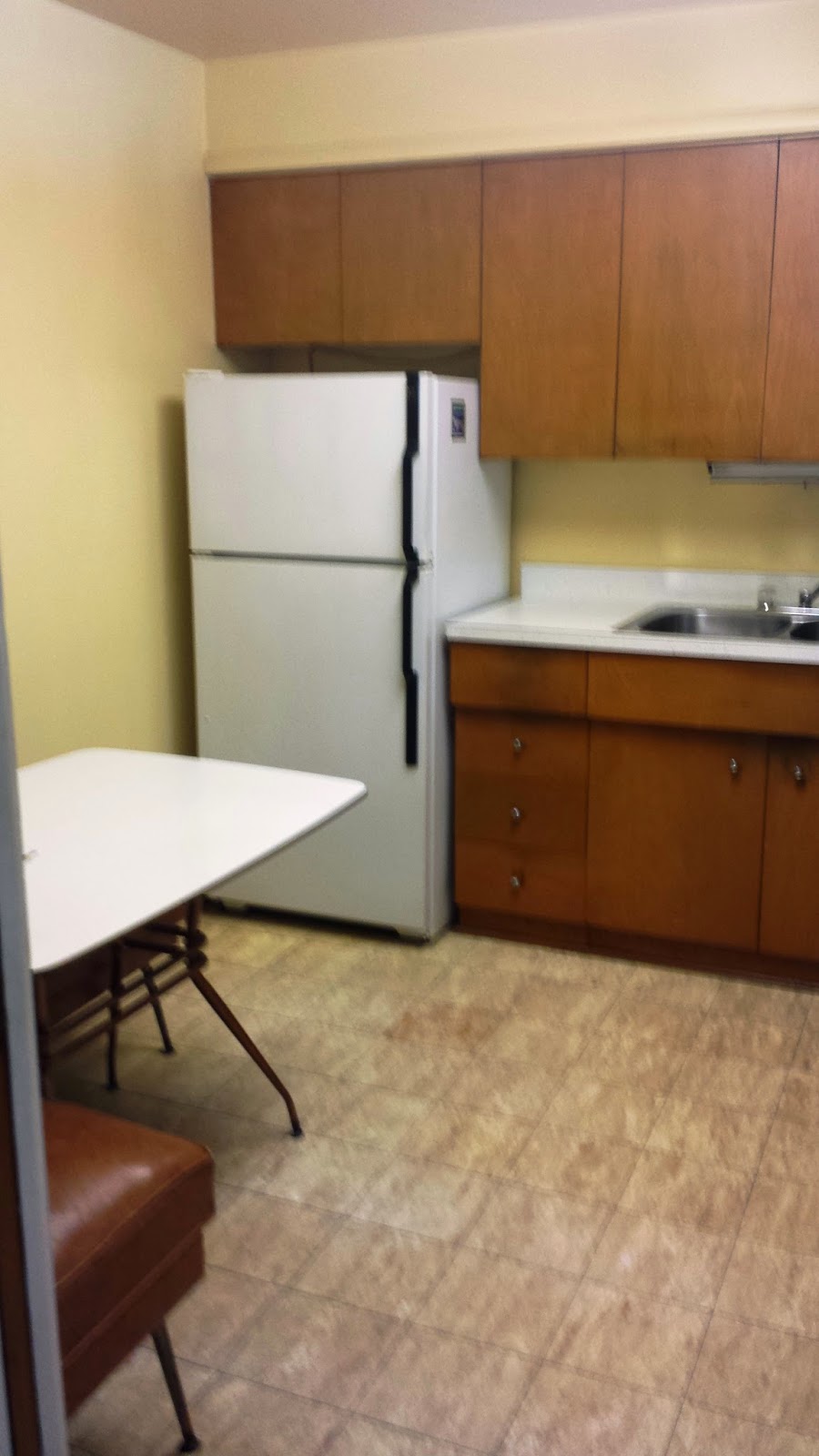 Then we walked through the dining room, saving the basement steps for later... 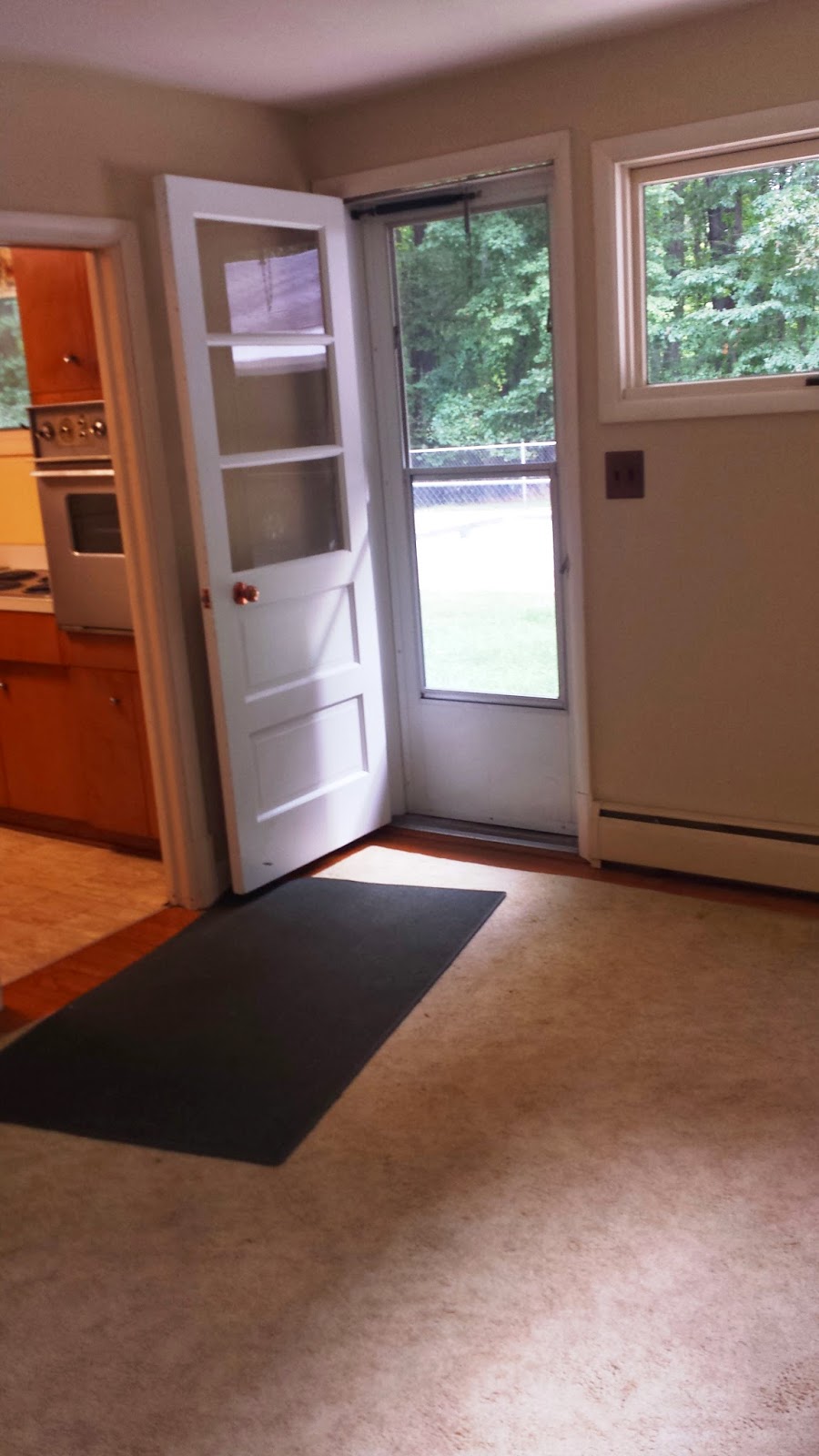 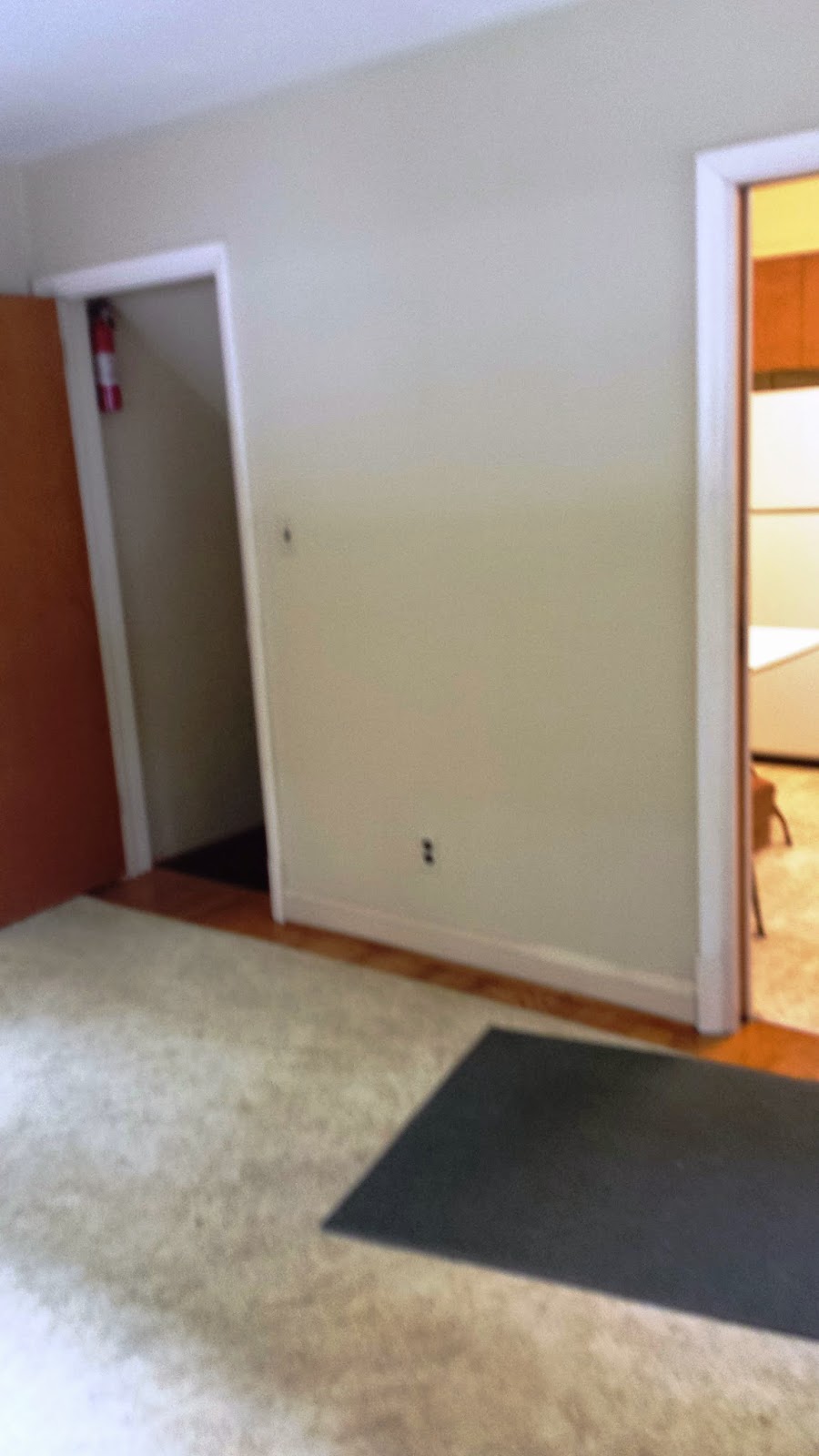 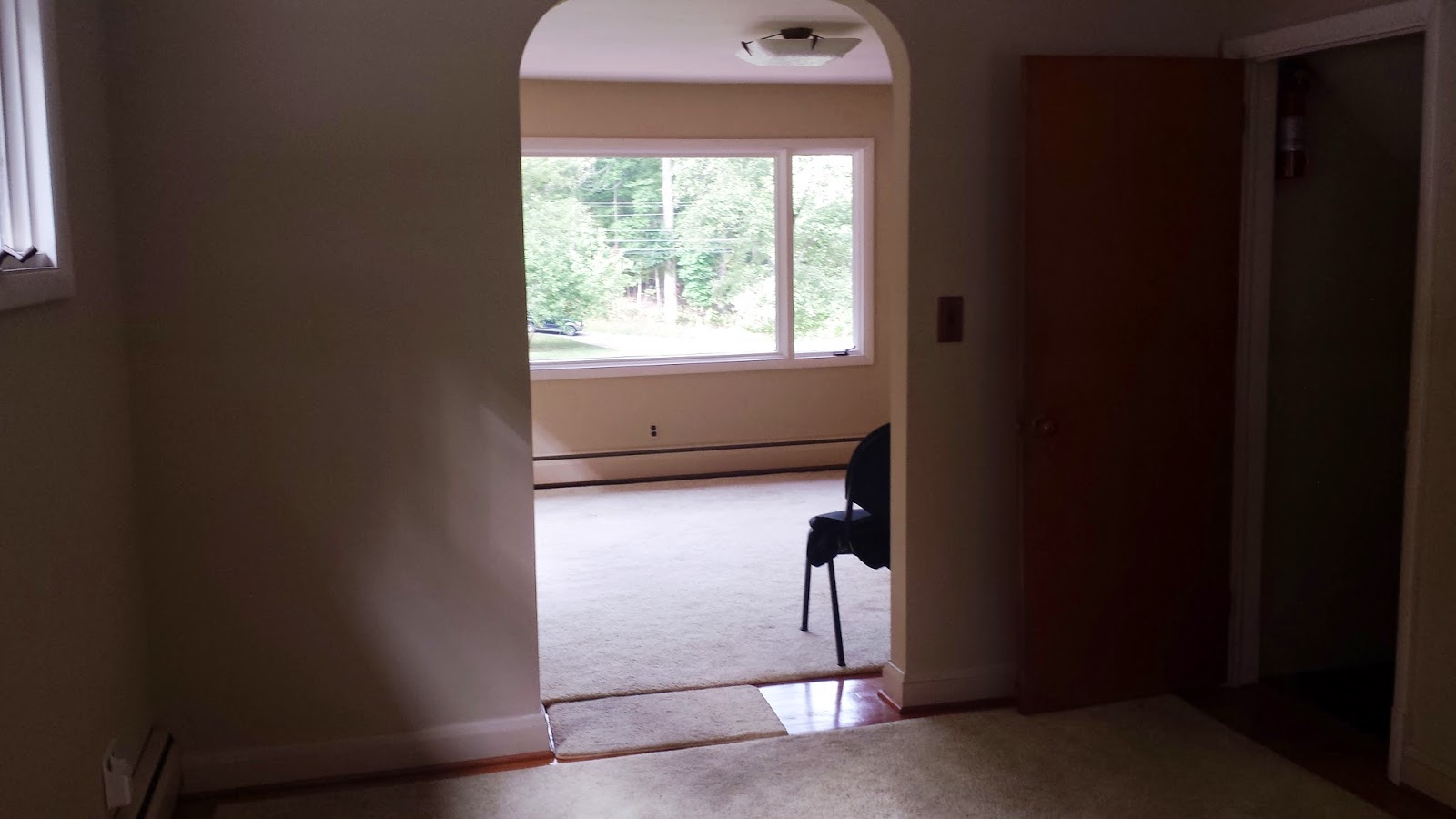 We admired the huge front picture window in the living room. 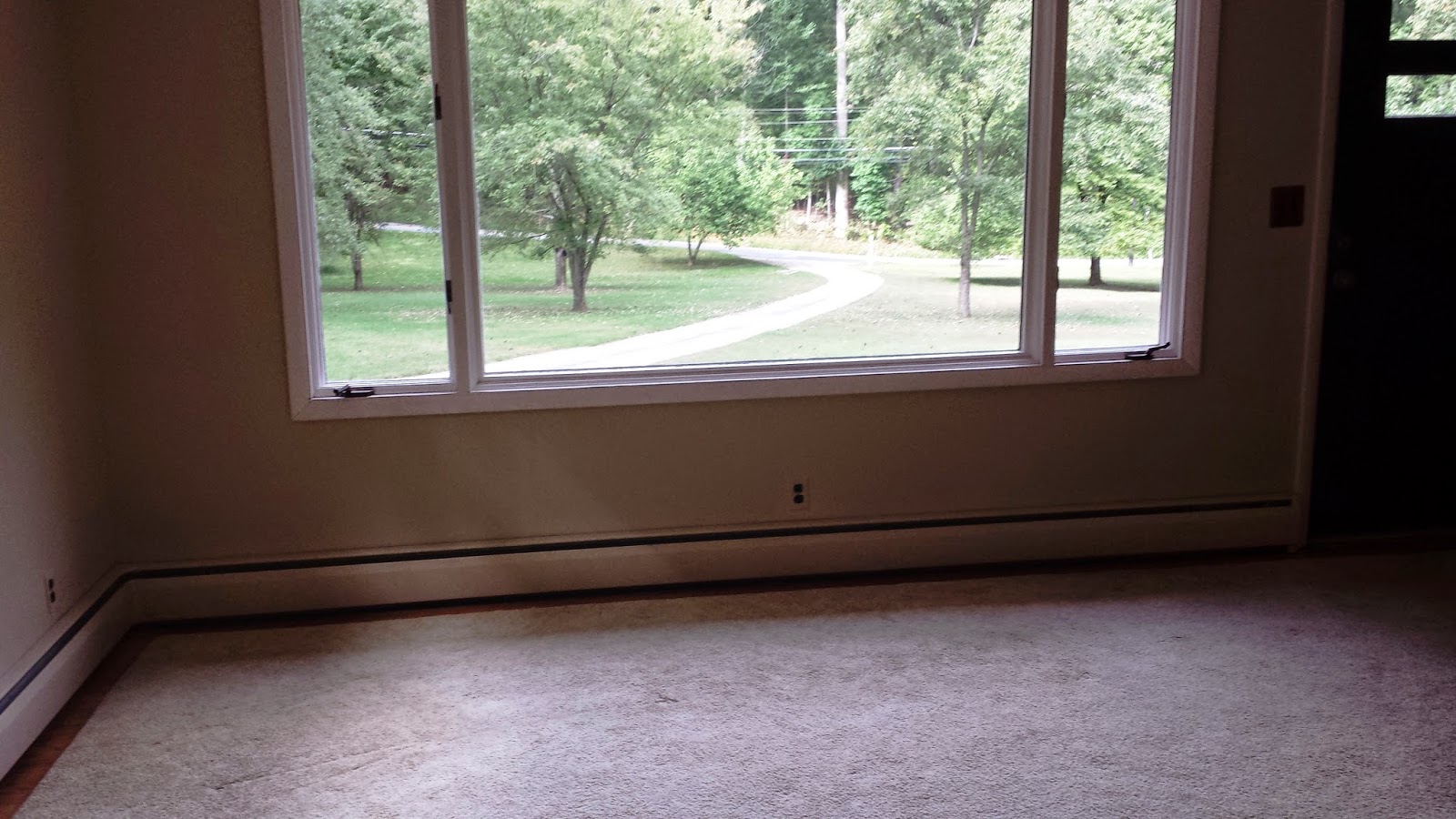 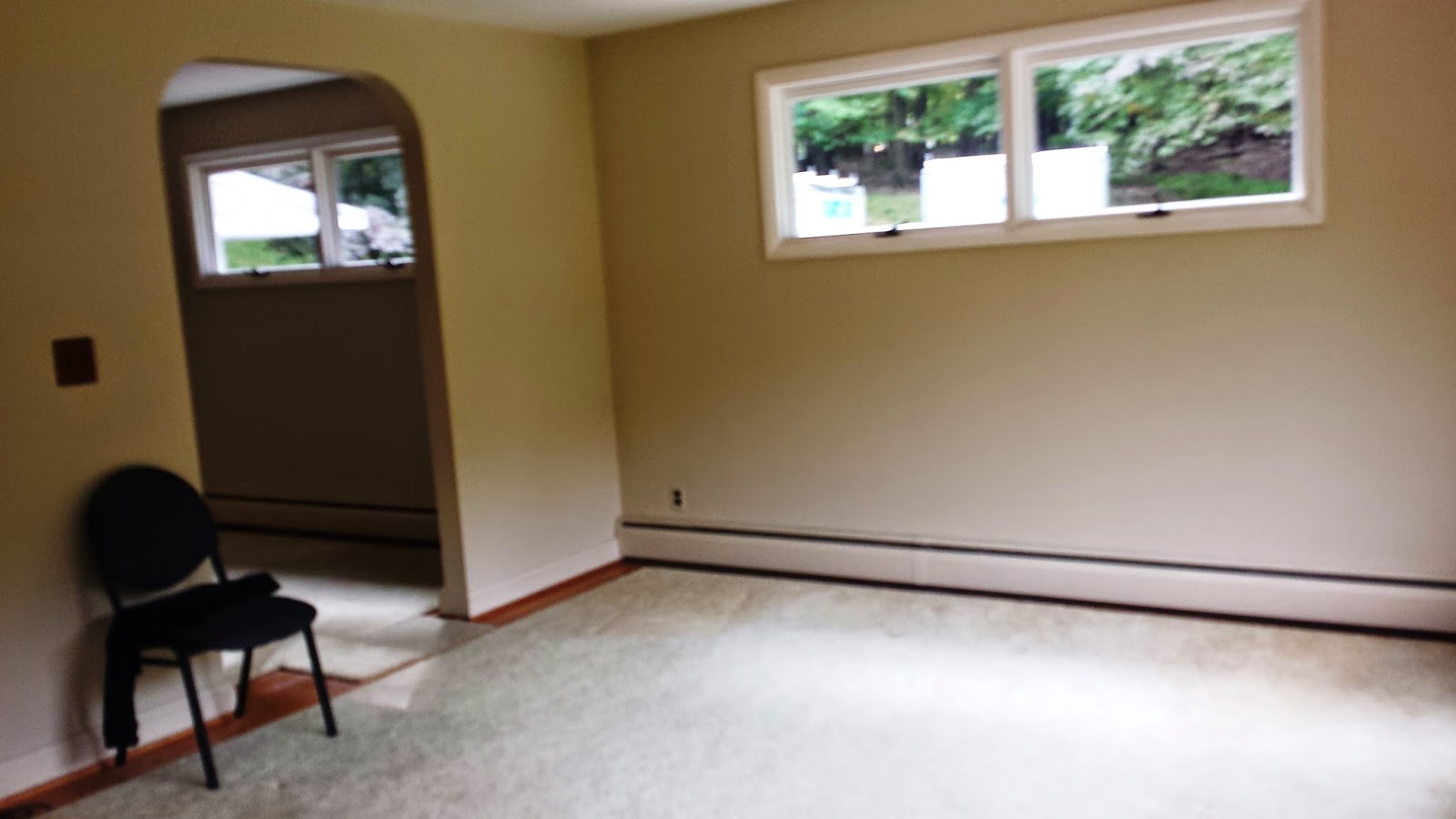 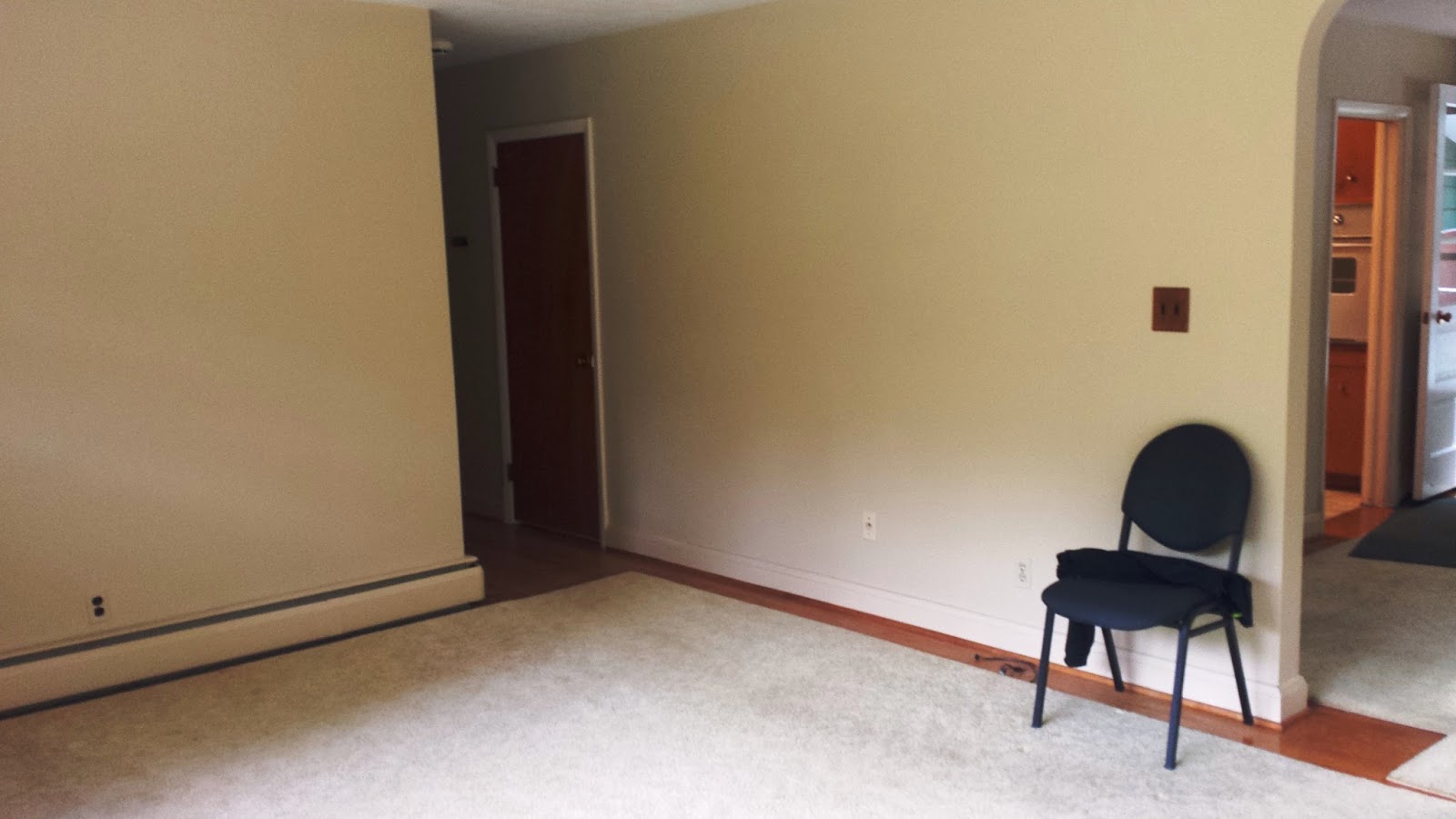 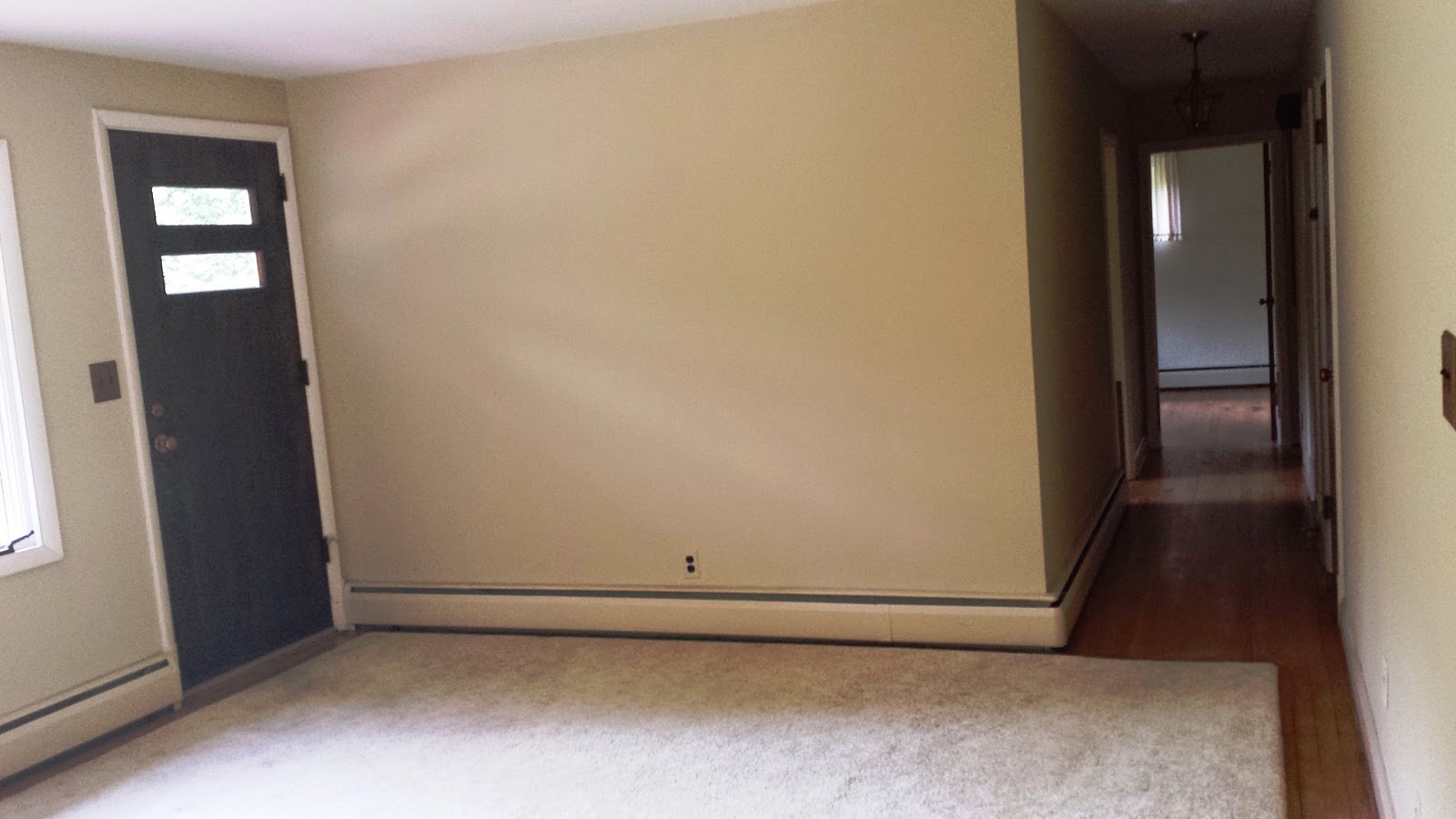 Then we walked down the hallway and looked at each of the three bedrooms. The first one was the smallest, but it wasn't so small to render it useless like the tiny bedrooms in a lot of homes. (I can't get these pictures to line up next to each other and am giving up; forgive the terrible formatting please!) 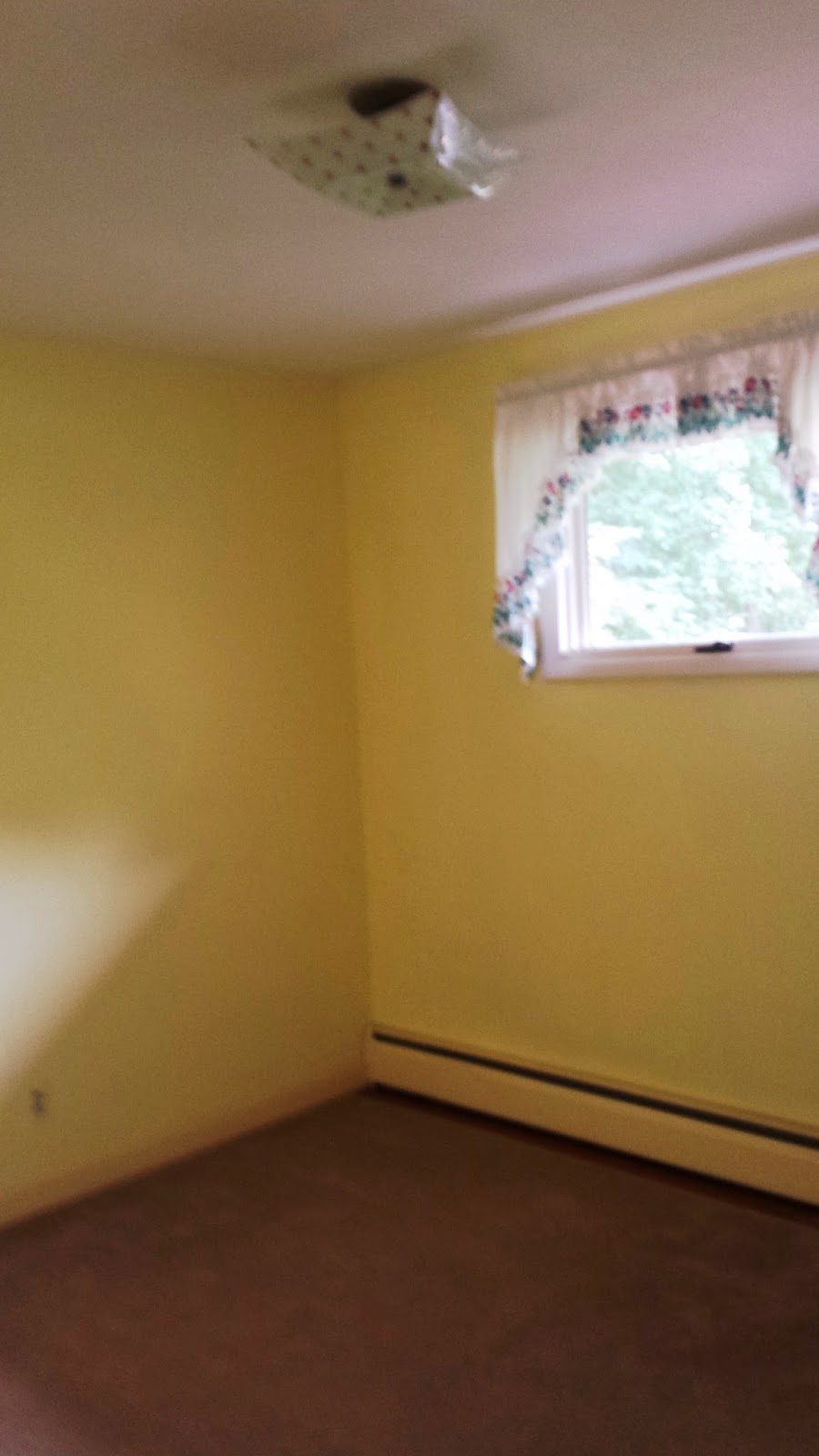 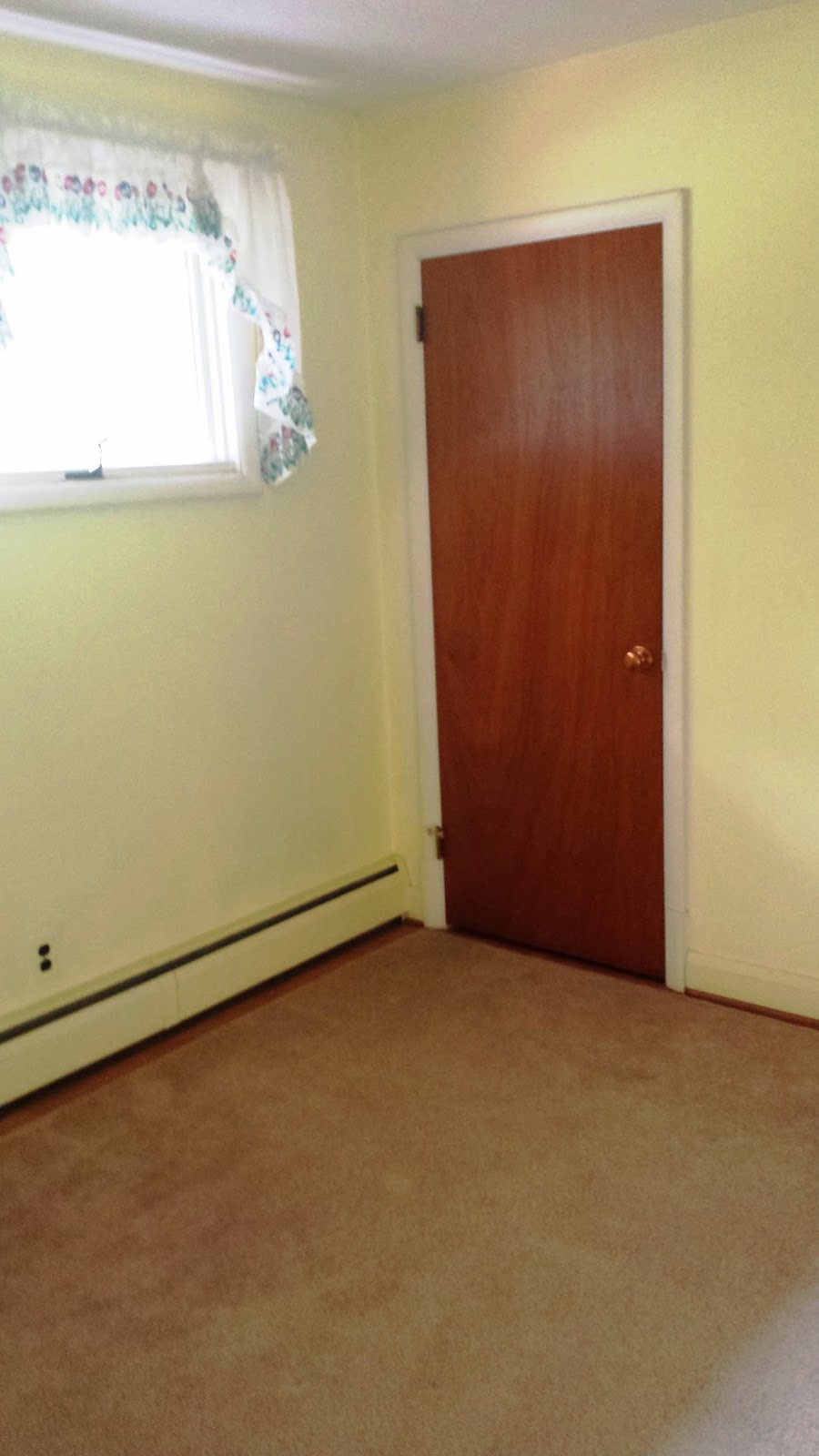 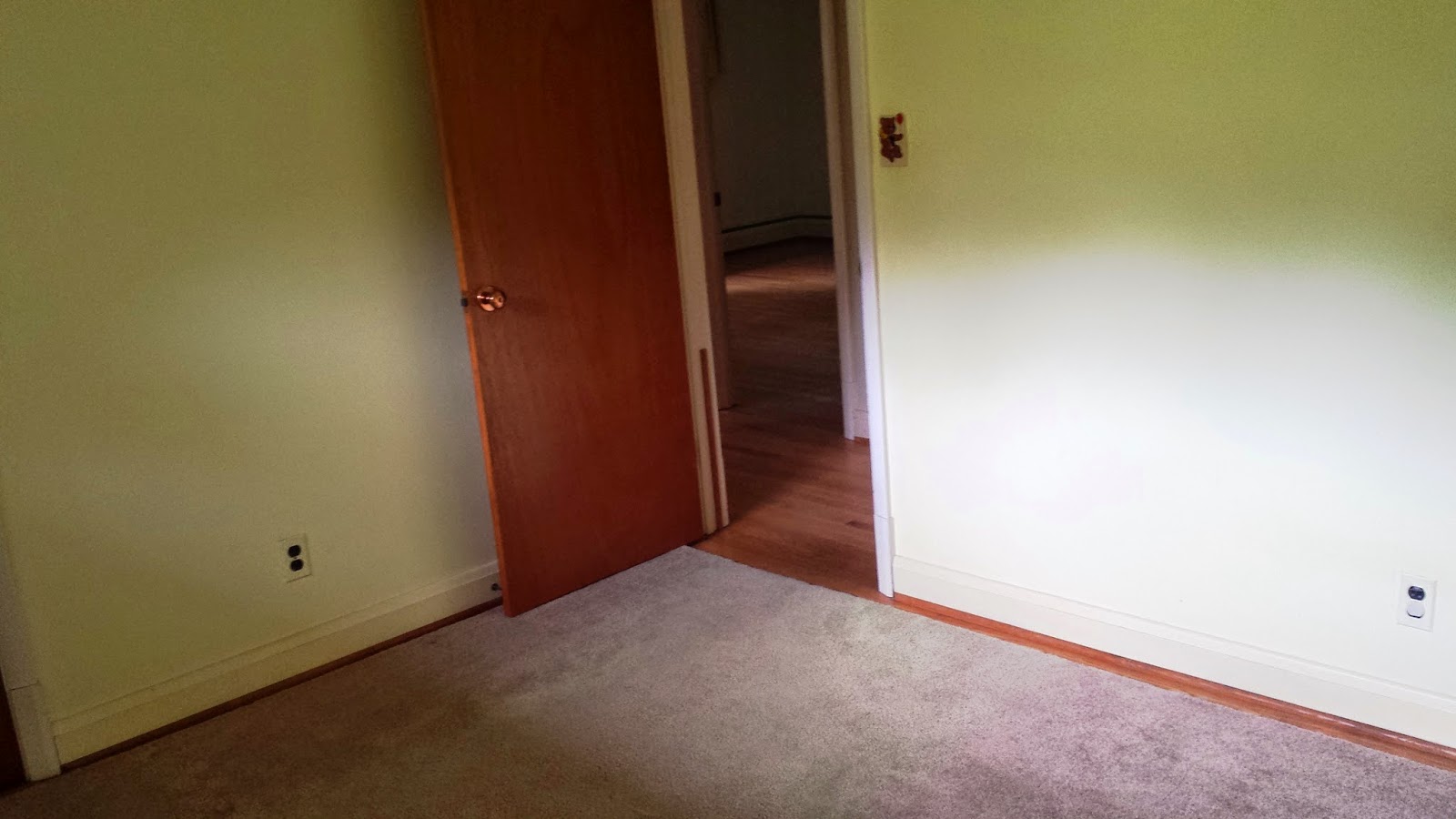 The next bedroom was huge (for a kid). 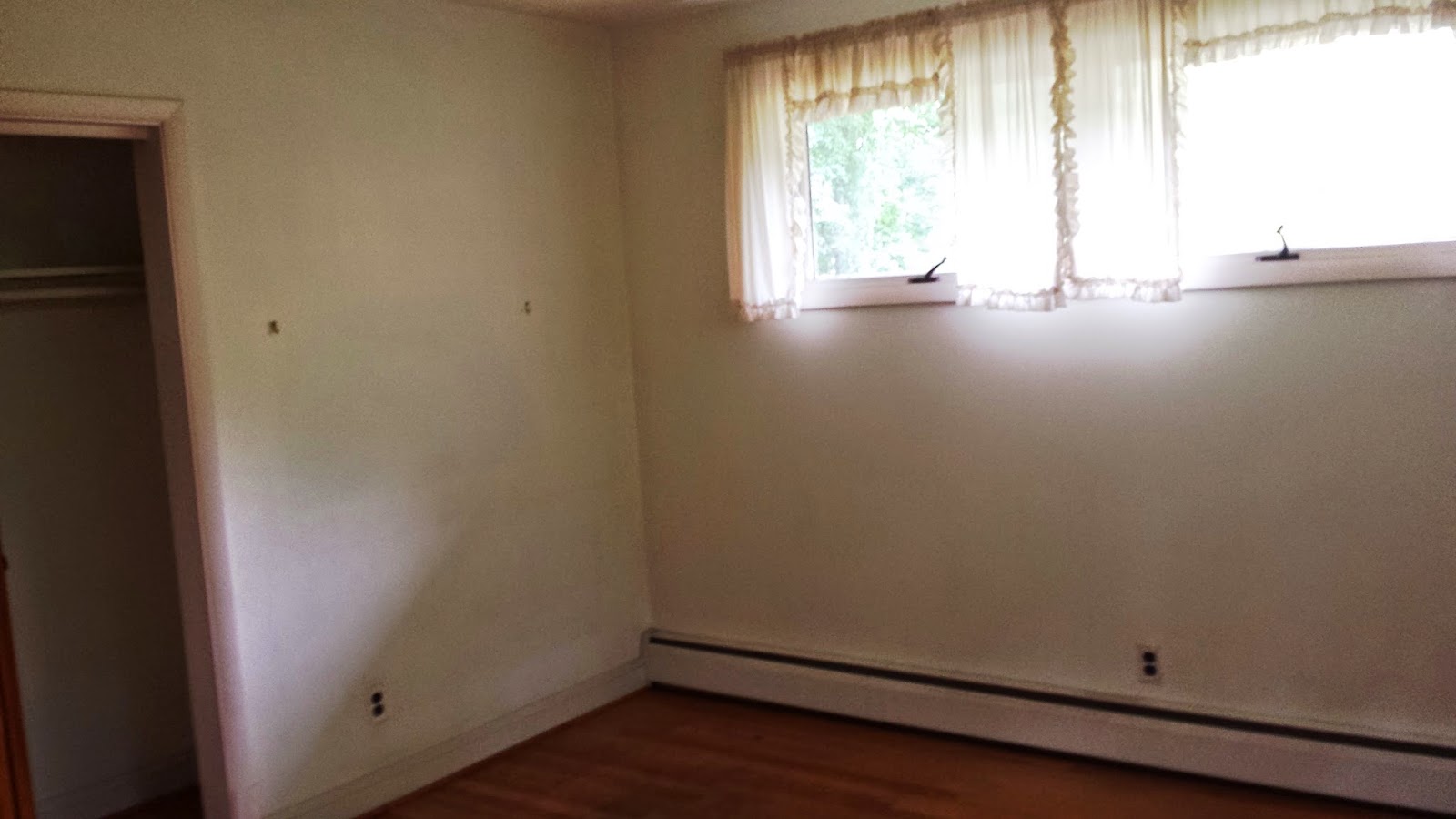 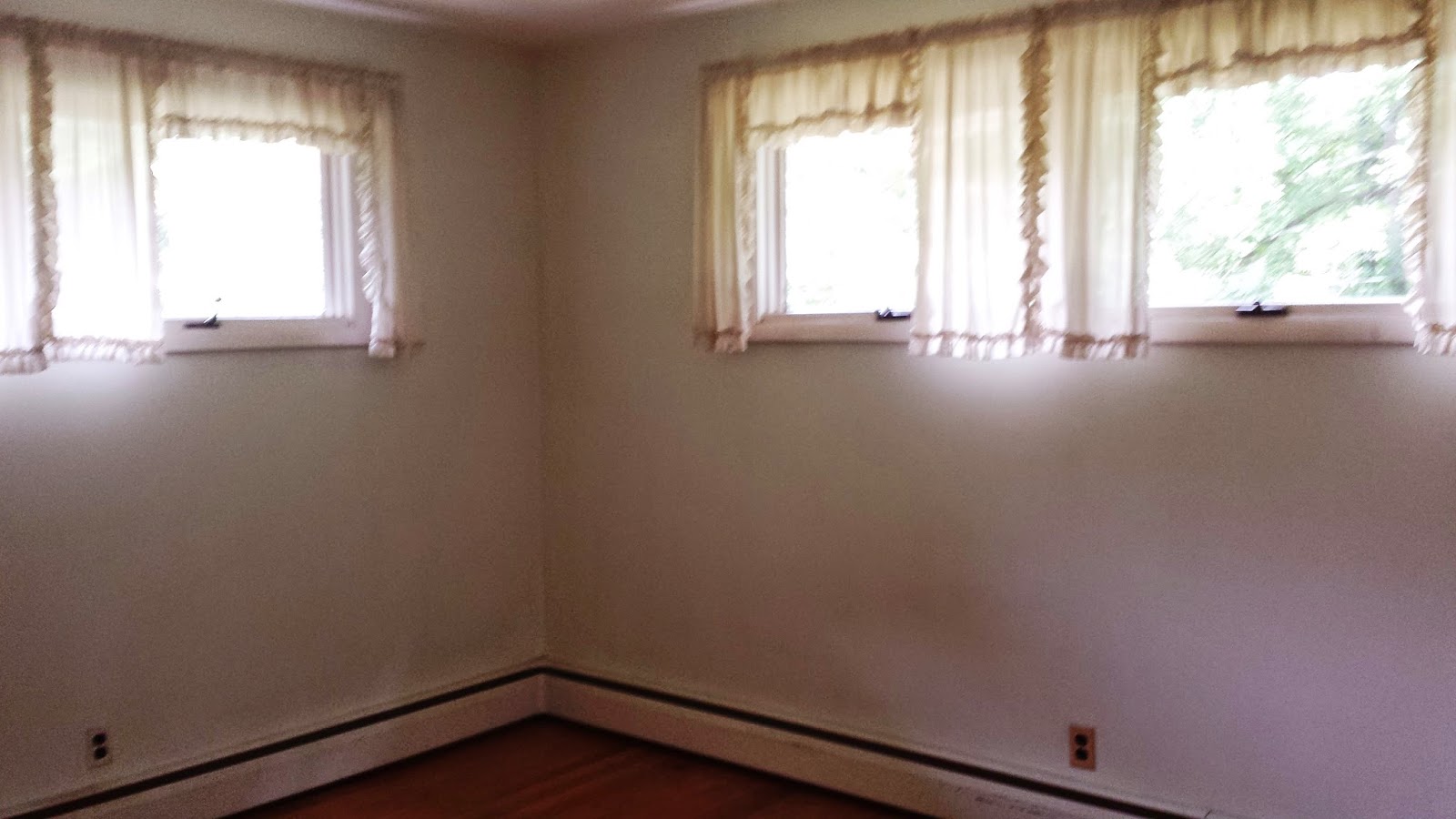 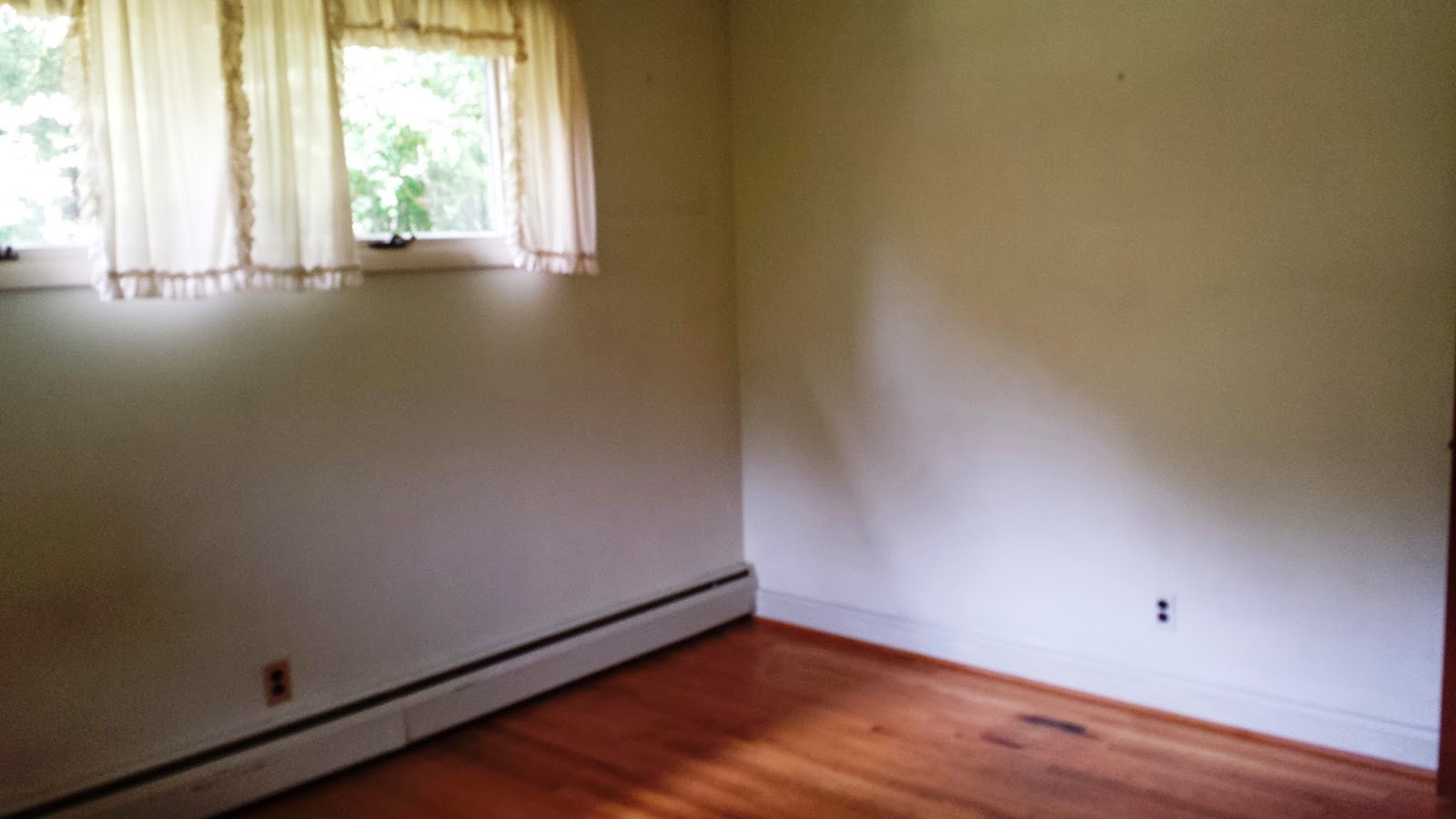 The master bedroom was big too. (Yep, no central air conditioning.) 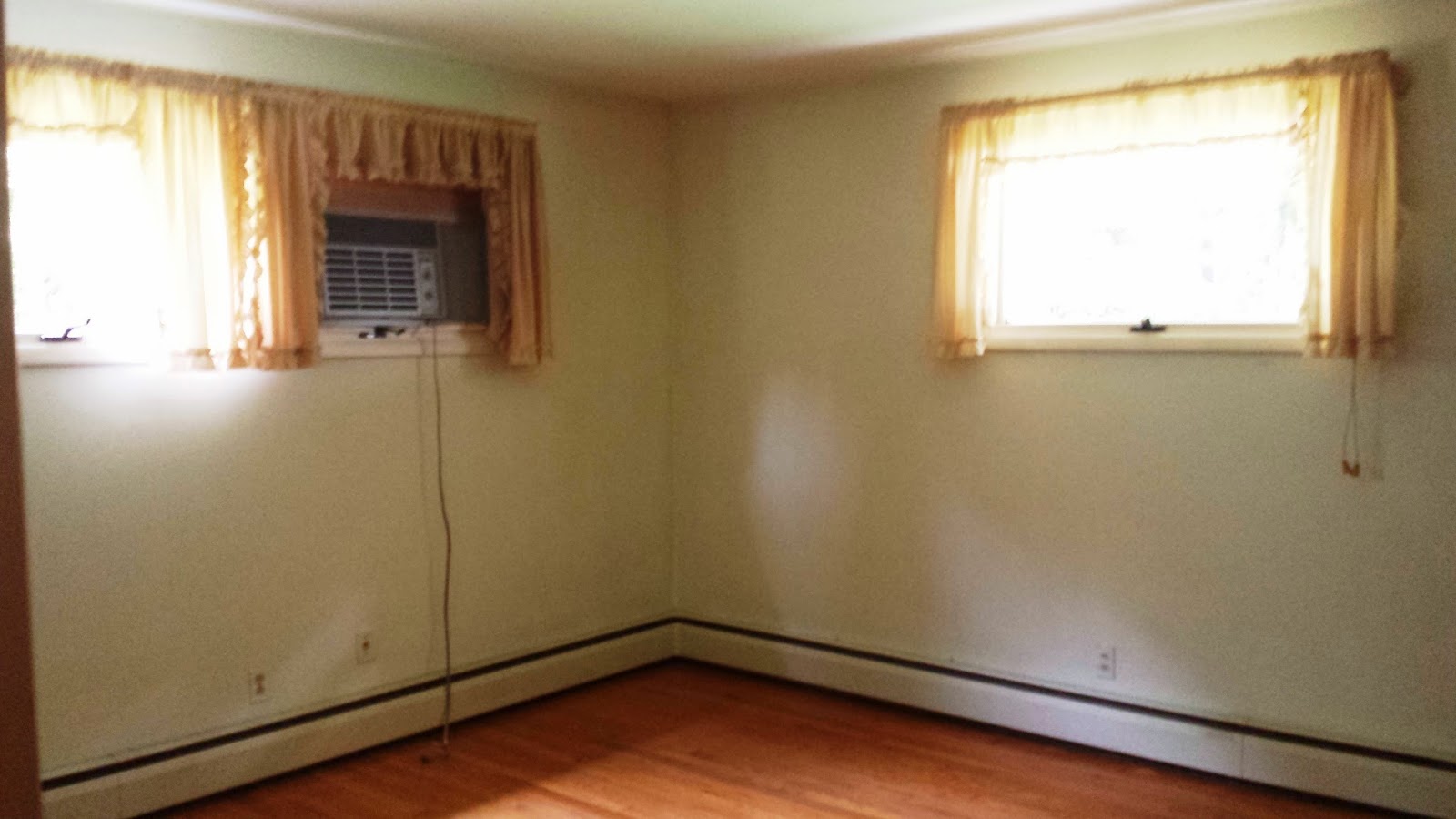 That door Jacob is in front of goes to a little half bathroom off the master. And how about that sweet mirror?? 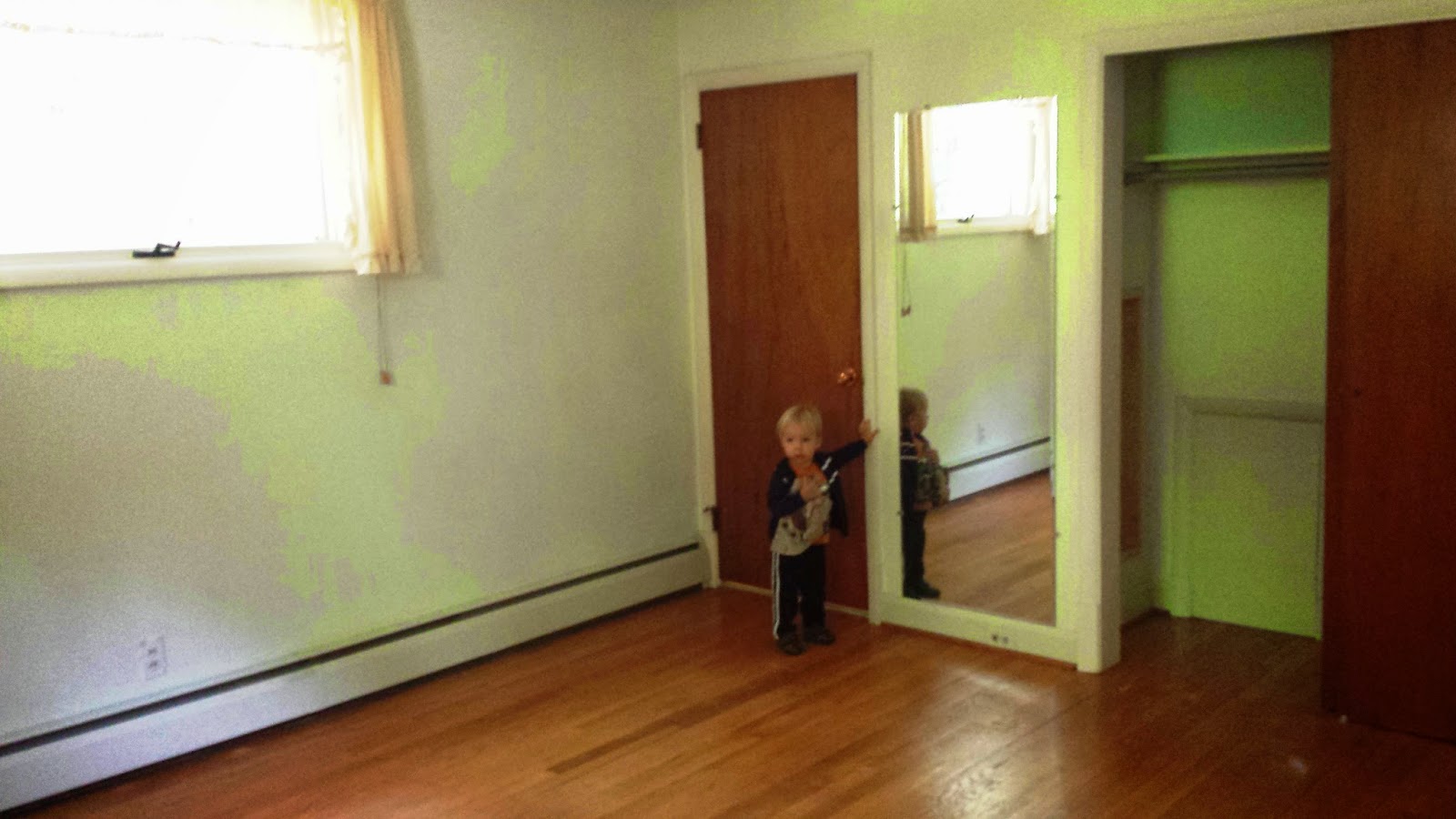 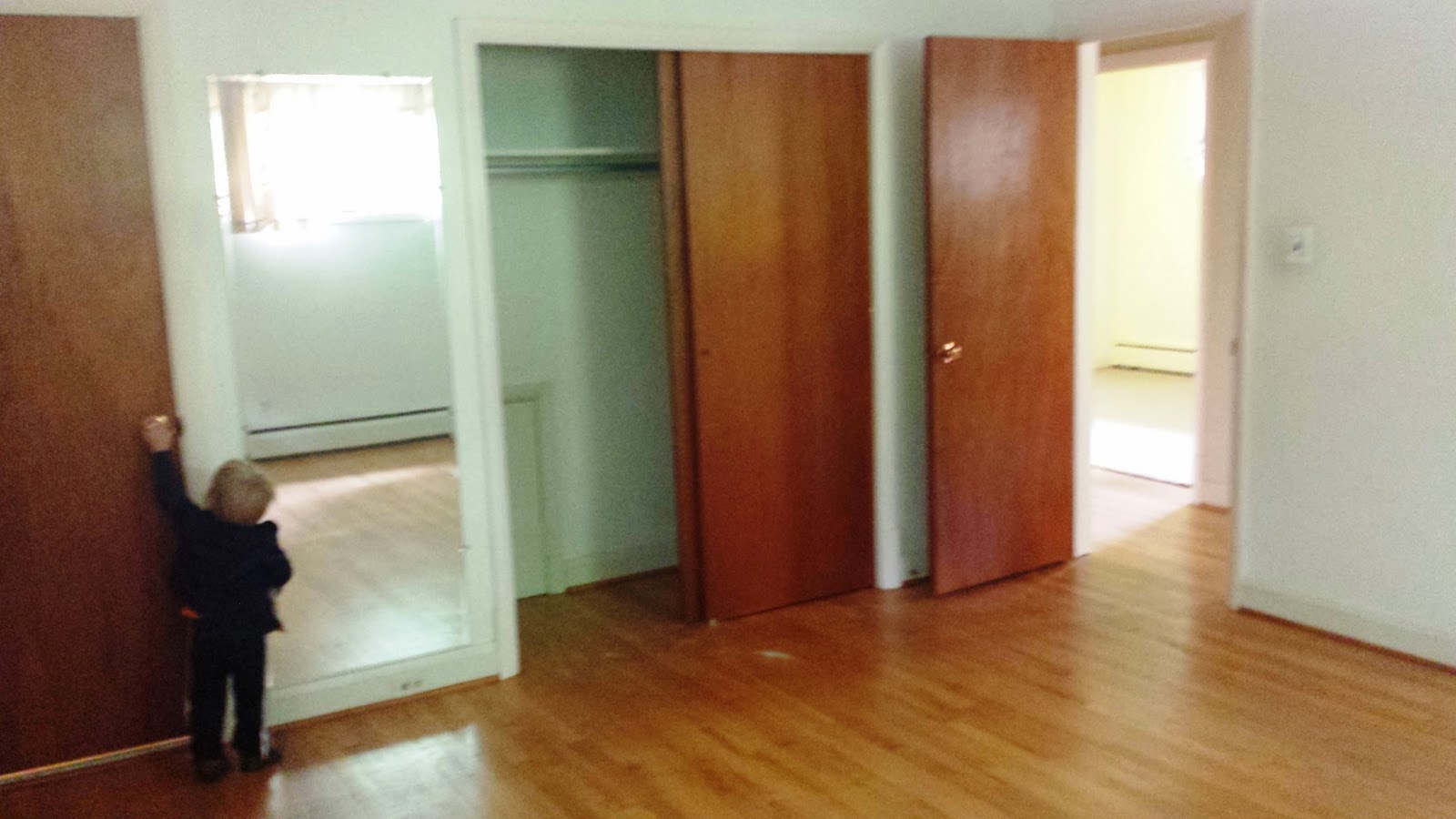 So all bedrooms were normal to large in size and all had normal-sized closets. Some of the houses we'd looked at would have one ridiculously tiny bedroom or one crazy large bedroom or all the bedrooms would be fine but they'd have these useless closets.

We retraced our steps back to the dining room and we went downstairs where we admired the huge basement complete with a large family room where we could shove all the kids' toys, a room we could use for guests, and a huge workshop that, when coupled with the pool and woods, had Eric chomping at the bit. (I forgot to take pictures down there.)

Years of house hunting had me relating to Goldilocks and trying to find the house that was just right. These were our criteria:
We really had looked at a ton of houses and we knew that our dream house did not exist in our price range. Really, it probably didn't exist at all, especially the part about having a unique outdoor space that was still part of walkable neighborhood...It would have to be made. We just needed the right setting, and we'd take care of making it dreamy. This one was it. We calmly walked back outside and asked our realtor to draw up the contract. We could offer what they wanted and felt no need to haggle. We had found our just right house.

The house turned out to be an estate sale. It was built by the previous owner in 1960 who raised his three children there and outlived his wife by about 10 years. All three of his children needed to agree on our offer before it could go any further so we weren't sure when we'd hear back, but we weren't too worried. We had come to trust in the universe and knew that if it was right, it would happen.
Posted by terri at 2:20 PM