On the way home from Michigan each summer we stop at my Aunt Sharon's and Uncle Tom's house for an all too brief but most pleasant visit. Aunt Sharon is my dad's mom's sister, and since I don't know my dad's mom too well, and since my grandmother on my mom's side is dead, she's the closest thing I have to a grandma. Lucky for me, she's an amazing substitute.

Aunt Sharon has these two bears that stand about as tall as Jacob. Her sister sews various outfits (many of which are seasonal) for the bears. Hannah took an immediate liking to the bears so Aunt Sharon got out their box of clothes. Hannah dressed up the bears, and then she dress herself in the witch costume prior to posing for this picture.

Meanwhile, Jacob followed Uncle Tom to the garden where he scored a giant tomato that he was busy devouring during photo time. 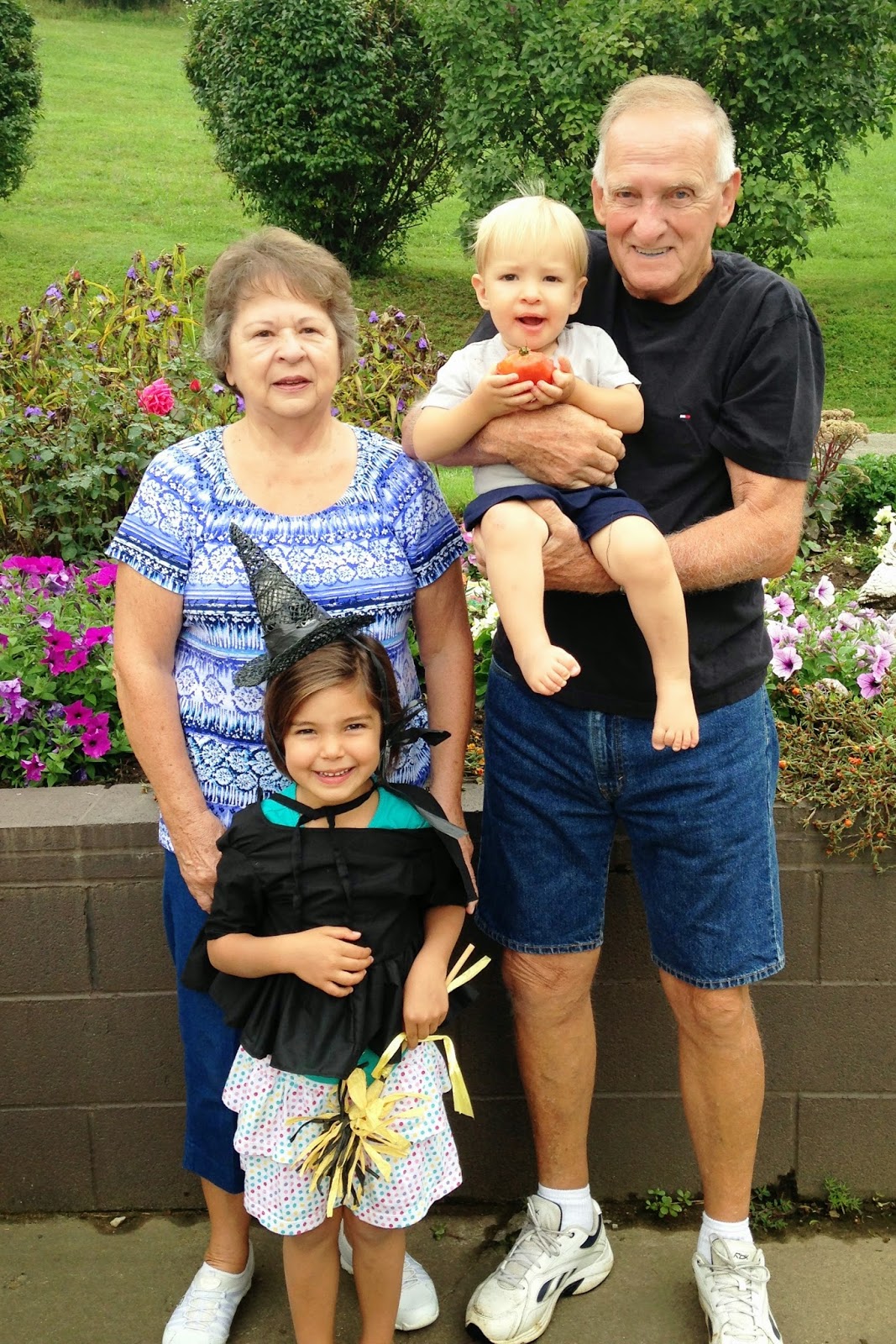 It's not often we have someone else to man the camera so we took advantage of the opportunity for a family shot, and then we bid adieu and hit the road. Until next year! 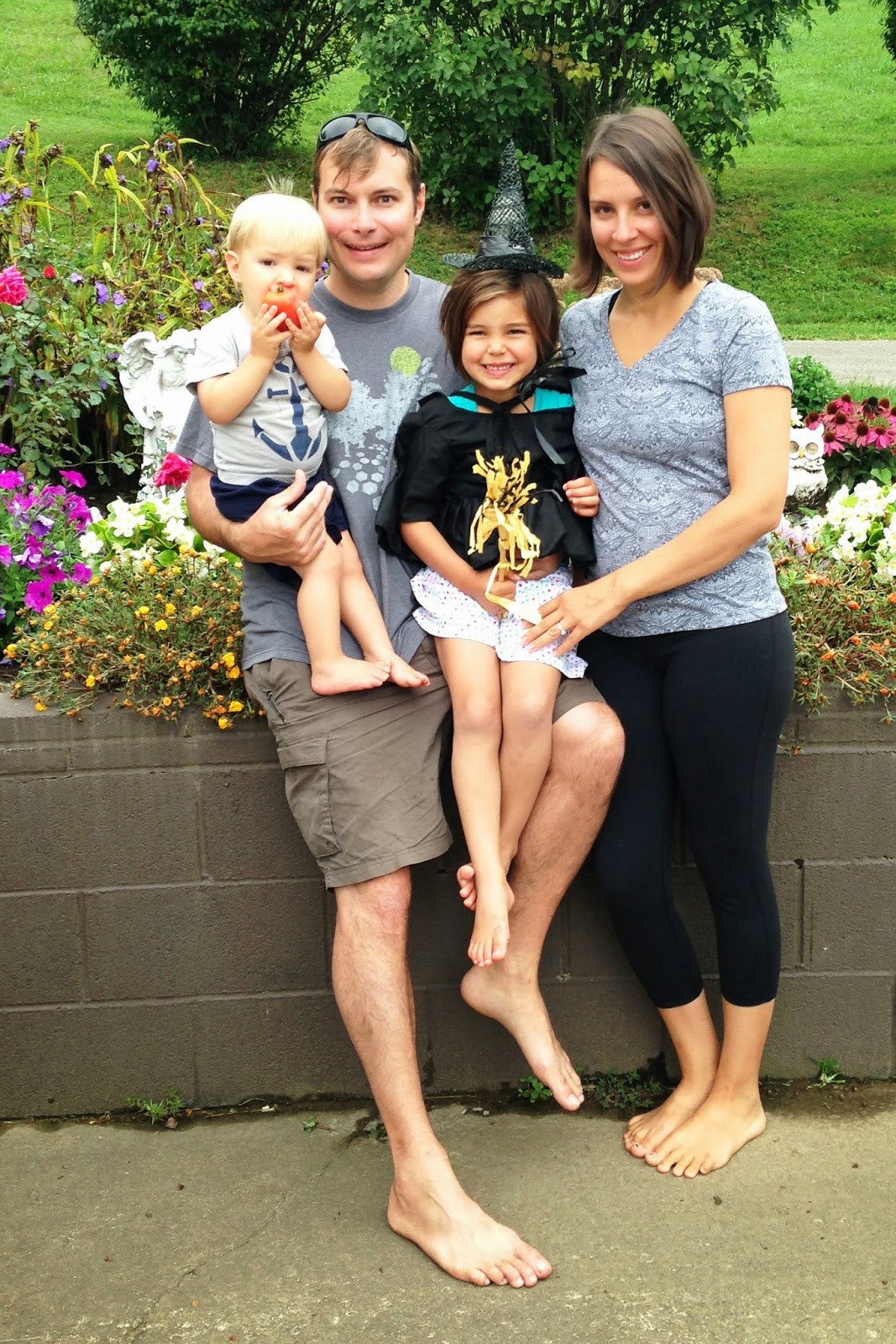