Hannah's birthday was on a Tuesday this year (a Tuesday way back at the beginning of August, mind you), but we kept with our usual tradition of a multi-day celebration starting on Saturday. I made her chocolate zucchini muffins with a chocolate avocado icing, and her cousins, along with Grammy and uncle Chip, came to play for the day. 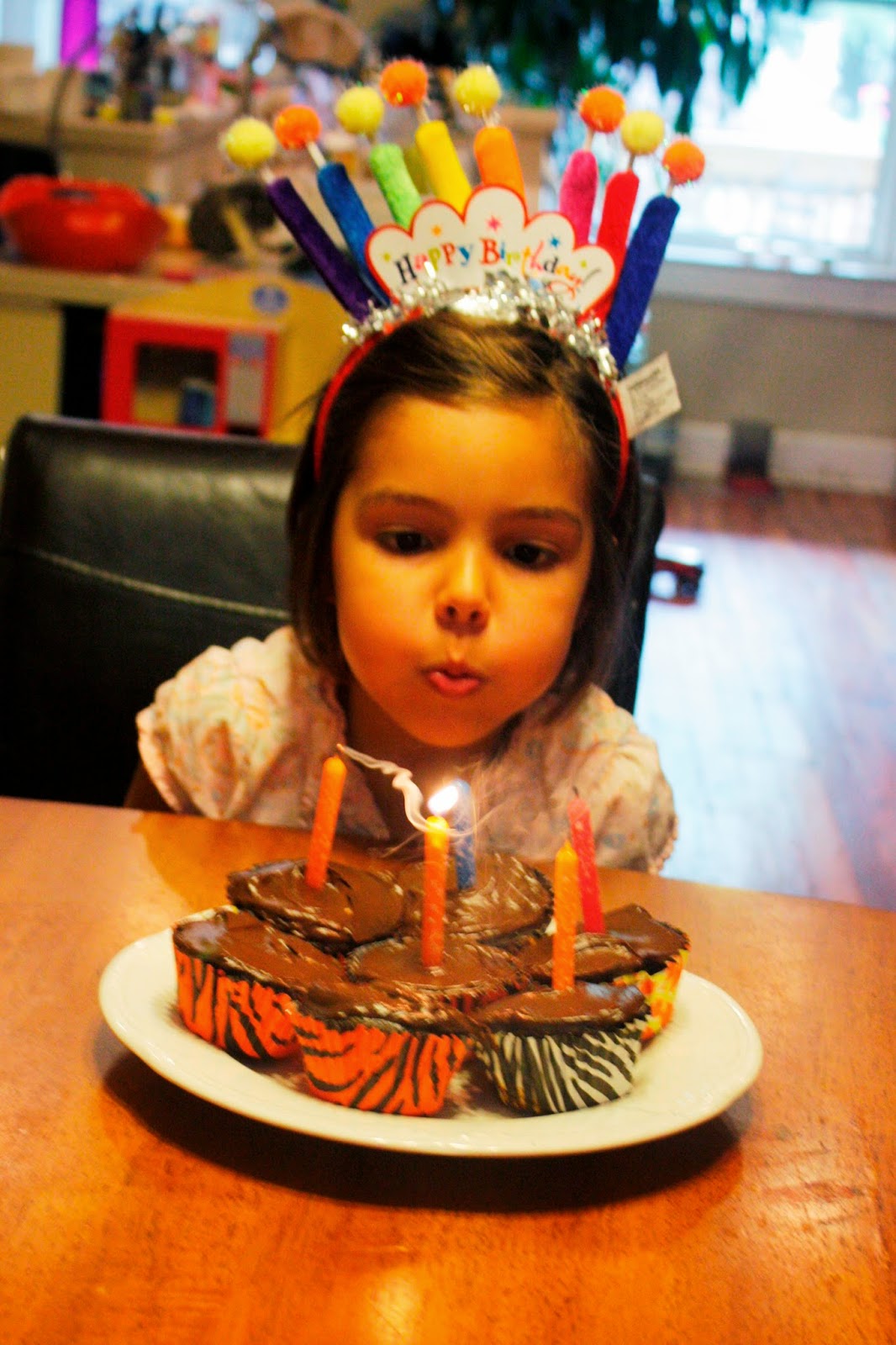 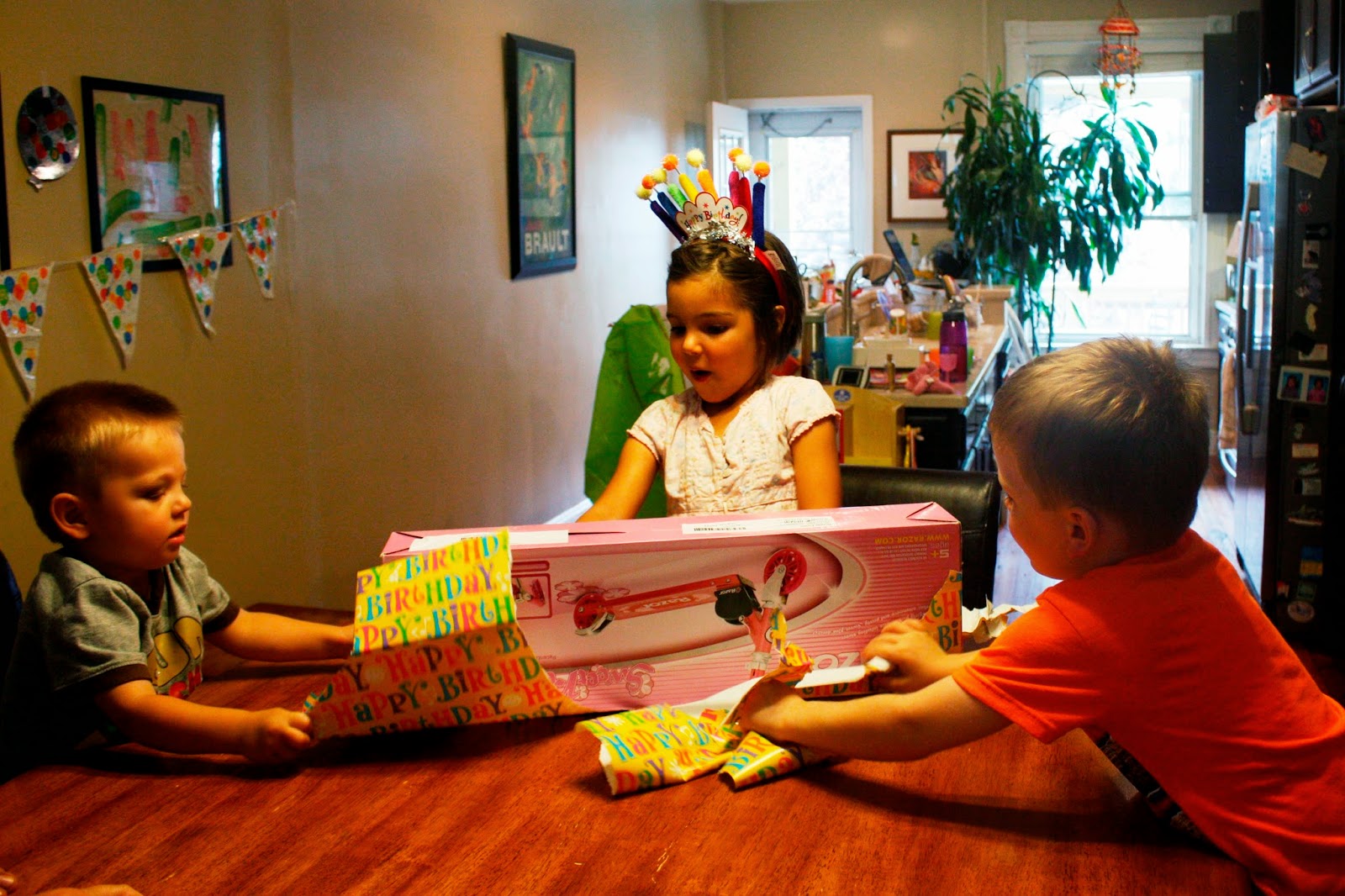 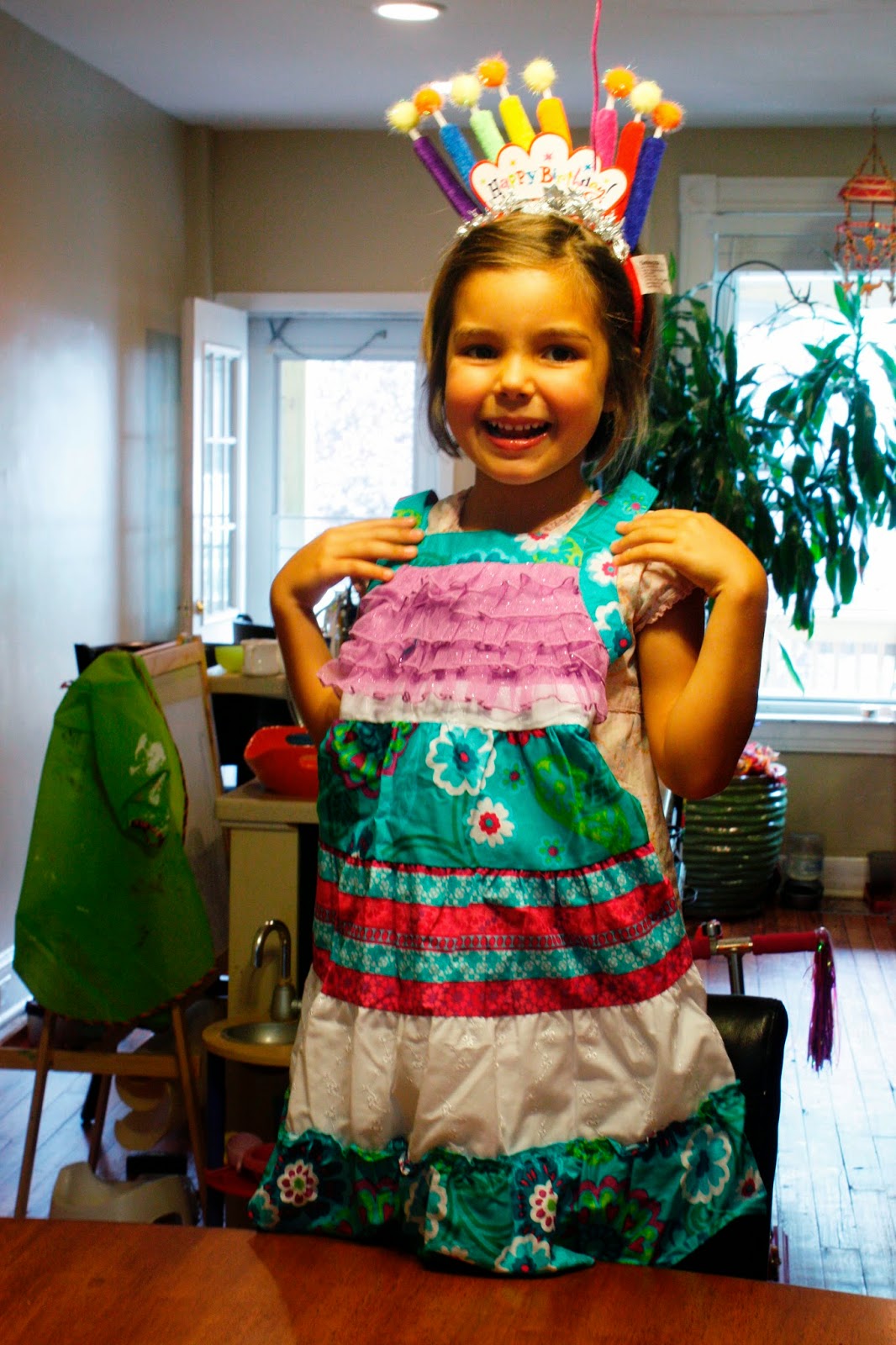 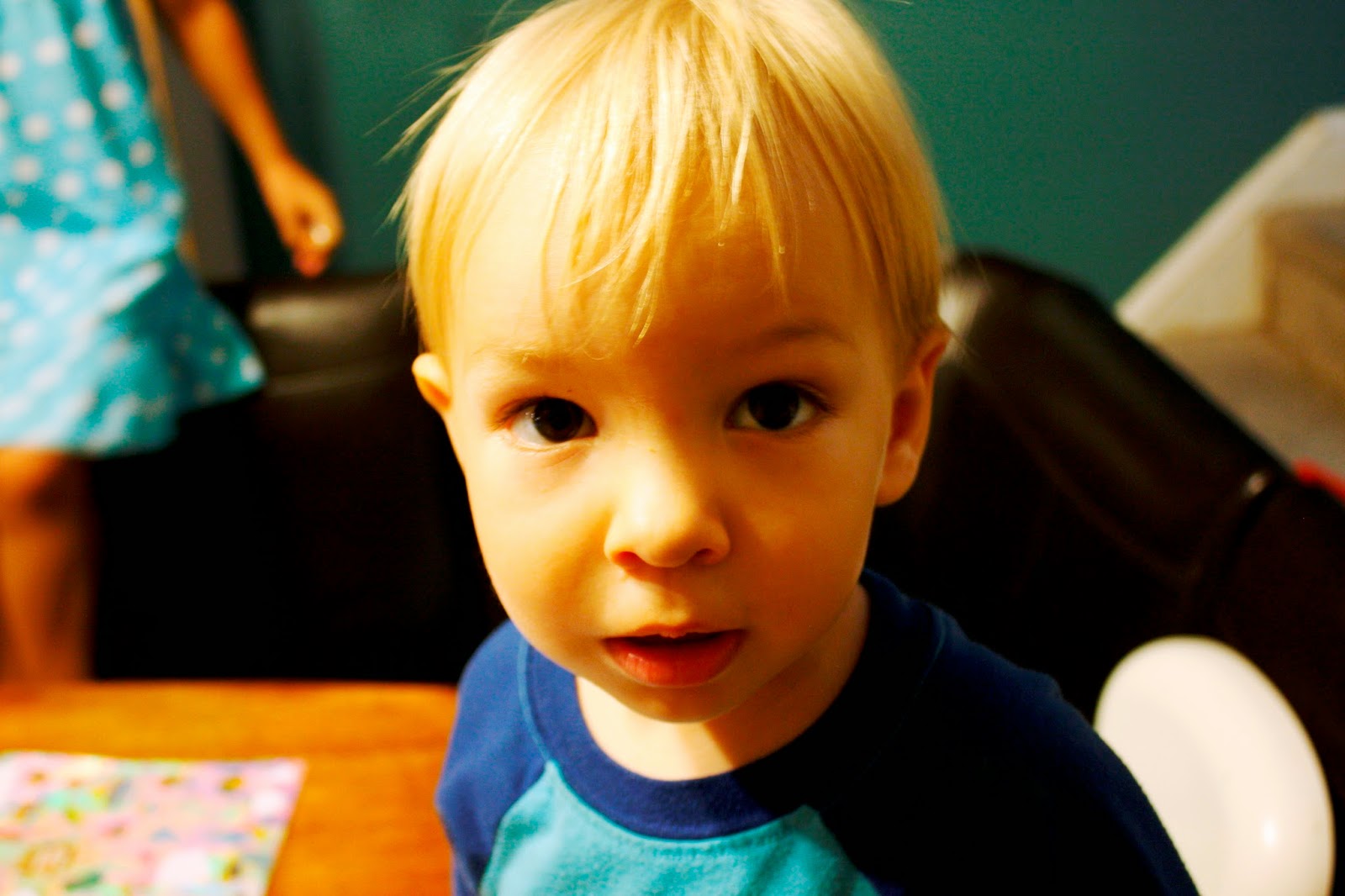 We spent the rest of the day chasing them around the pool; fortunately, it was pretty easy to keep track of them because an overcast sky toward the end of summer resulted in a pretty empty pool. 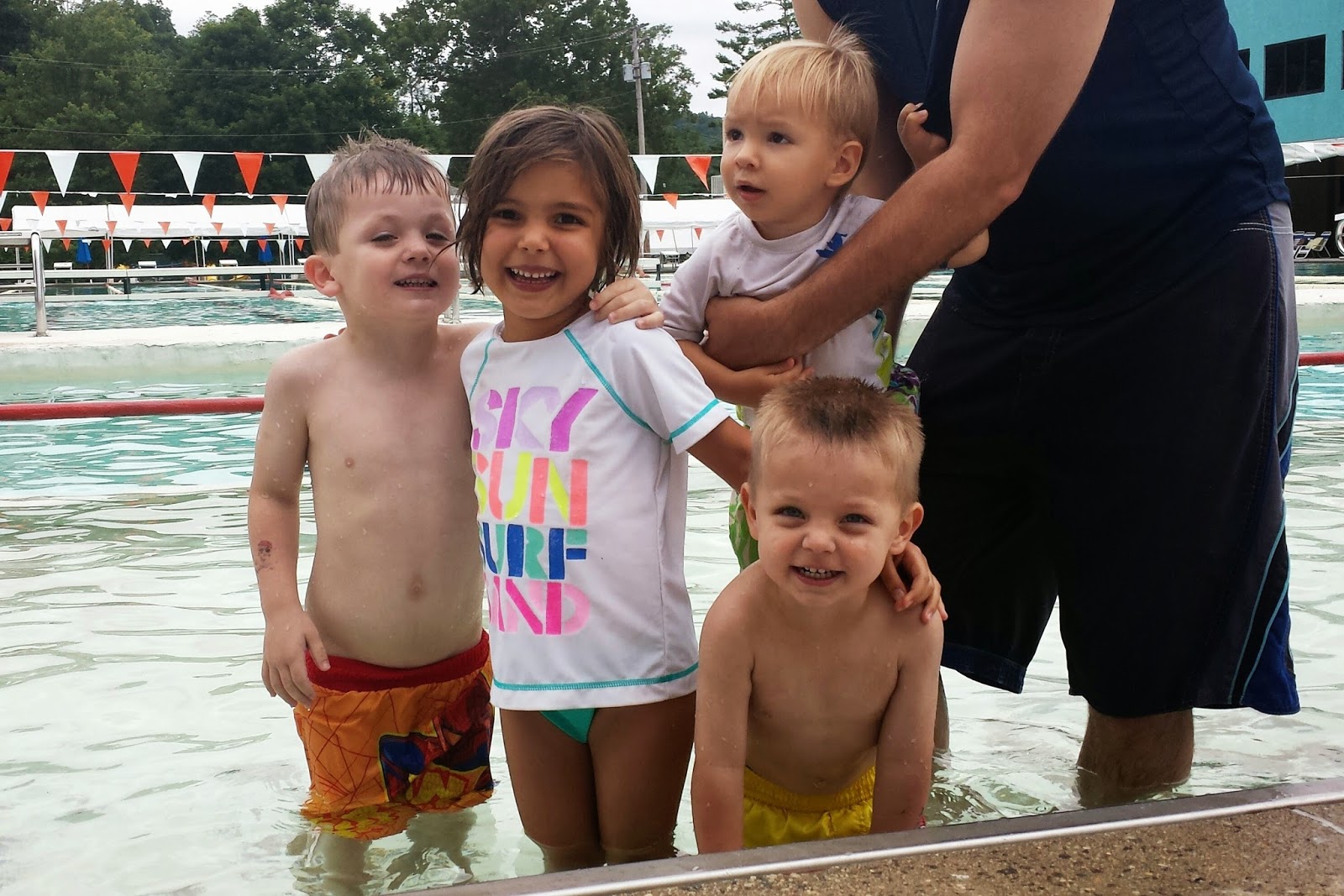 I really wanted to throw her an official party this year, but the logistics proved too much for me. I am just not an events planner. It's why we never had a wedding and why my kids have never had a party outside of just family. See, I wanted to throw an old-fashioned sort of party, the kind where her friends come over to play in the yard, and there's nothing really scheduled except impromptu and spontaneous fun, but we didn't have a yard in August, so that wasn't an option. I thought about shelling out insane amounts of cash to have her party on-site at some location--she always has fun at the ones she attends, and there are advantages like nothing for me to set up or tear down or clean up--but I really wanted something more personal.

Another thing I'm beating myself up for is not scheduling Hannah to celebrate her birthday at school. Since she's a summer birthday, I have to work with the teacher to find a time during the school year to recognize her, and I never managed to do that for her third or fourth birthday. I'm not letting her fifth slip by though!! I already scheduled a half-birthday celebration in March with her new teacher. They have a great ceremony where the birthday kid walks around the earth (or maybe the sun?? I can't remember) once for every year old that they are, and they bring in pictures of themselves at every age. I'll probably just send her in with the book I made her.

Since she never had a party AND since she never celebrated at school AND since the logistics of a house party weren't working out for me AND since her birthday was on a Tuesday, I had the semi-genius idea to commandeer a day of summer camp. I figure that way I don't have to stress out about who to invite--whoever is at camp that day is invited. And I don't have to stress out about feeding them--you know I'd want to do something healthier than pizza, but I'd also want the kids to eat it--because they bring their own lunches.

So I rented a big moon bounce and ordered some cupcakes. Hannah and the other kids in summer camp spent the morning alternating between the bounce house and the playground. We got there a little early and bounced around by ourselves for a few minutes before all the kids gathered and came out. 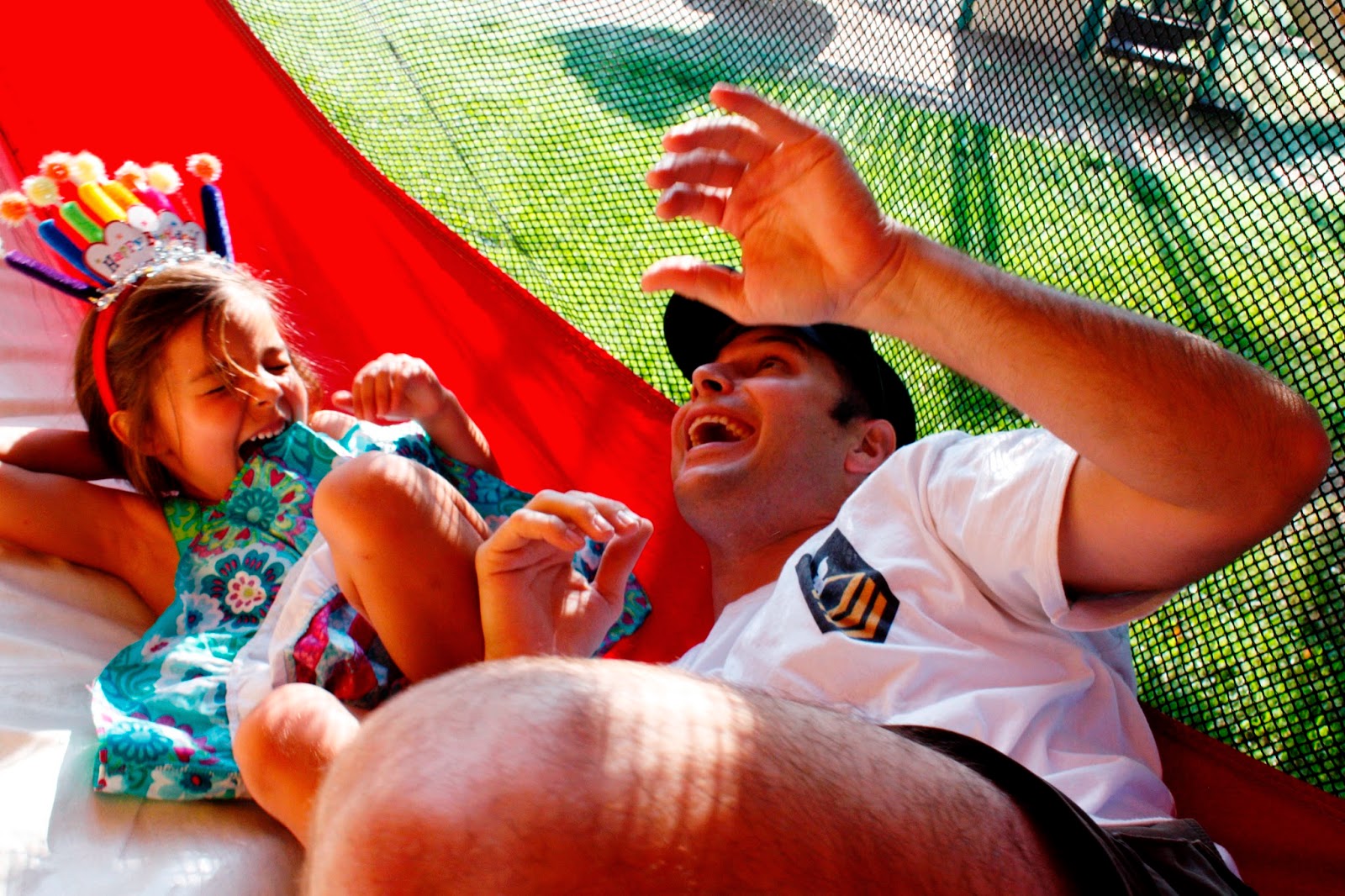 The camp directors granted Hannah's best friend VIP status and let her out for some early bouncing too. 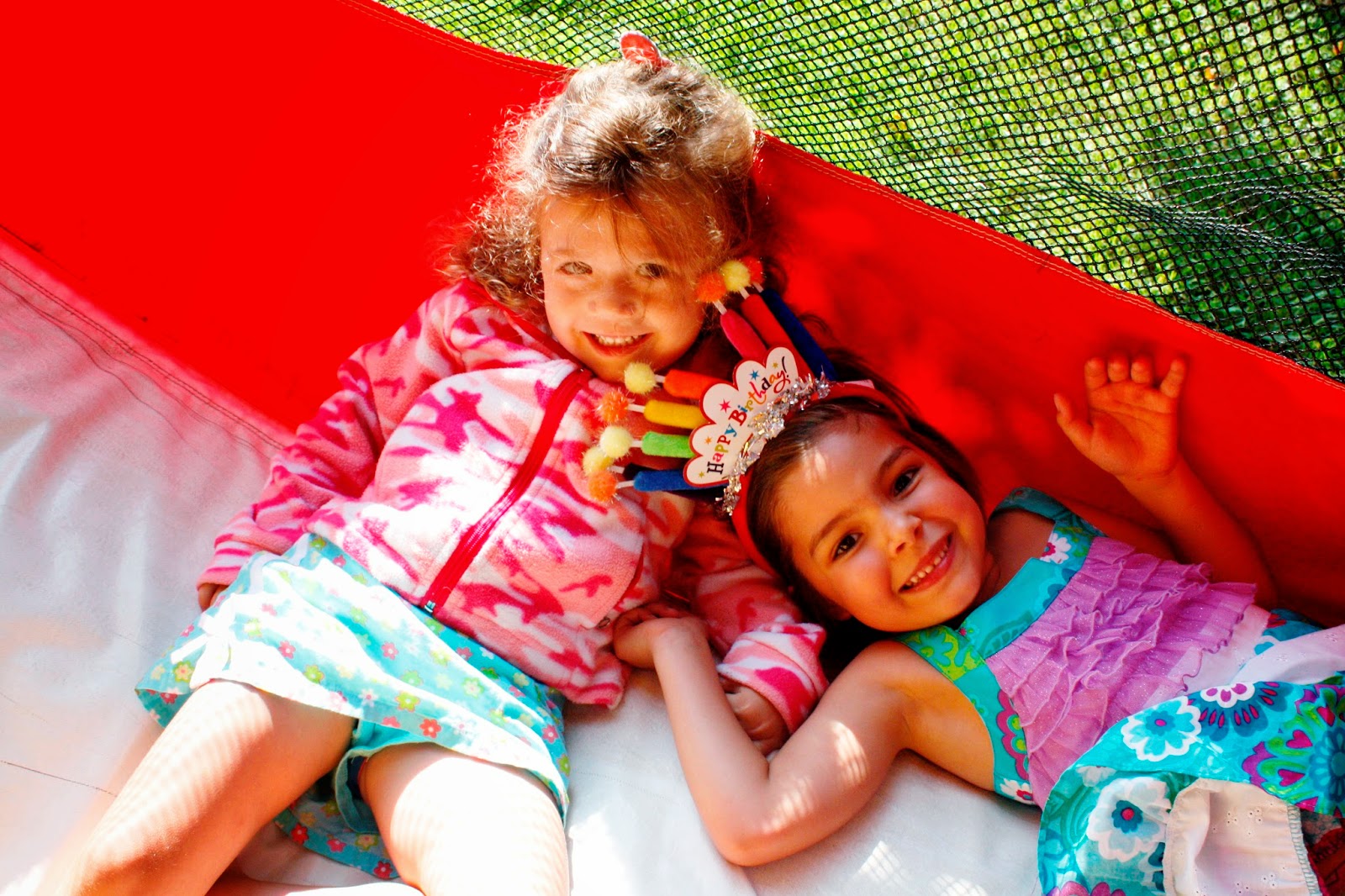 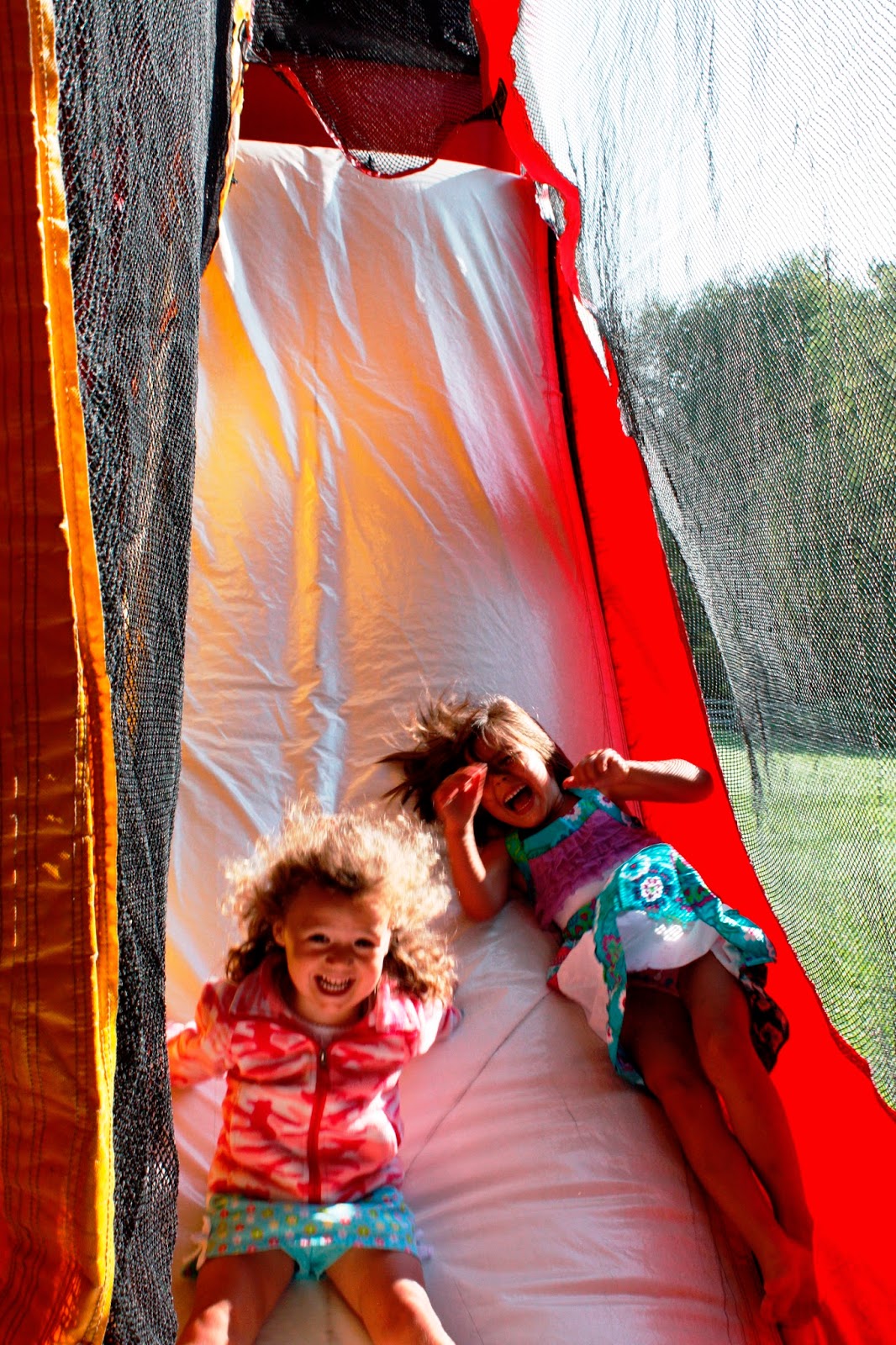 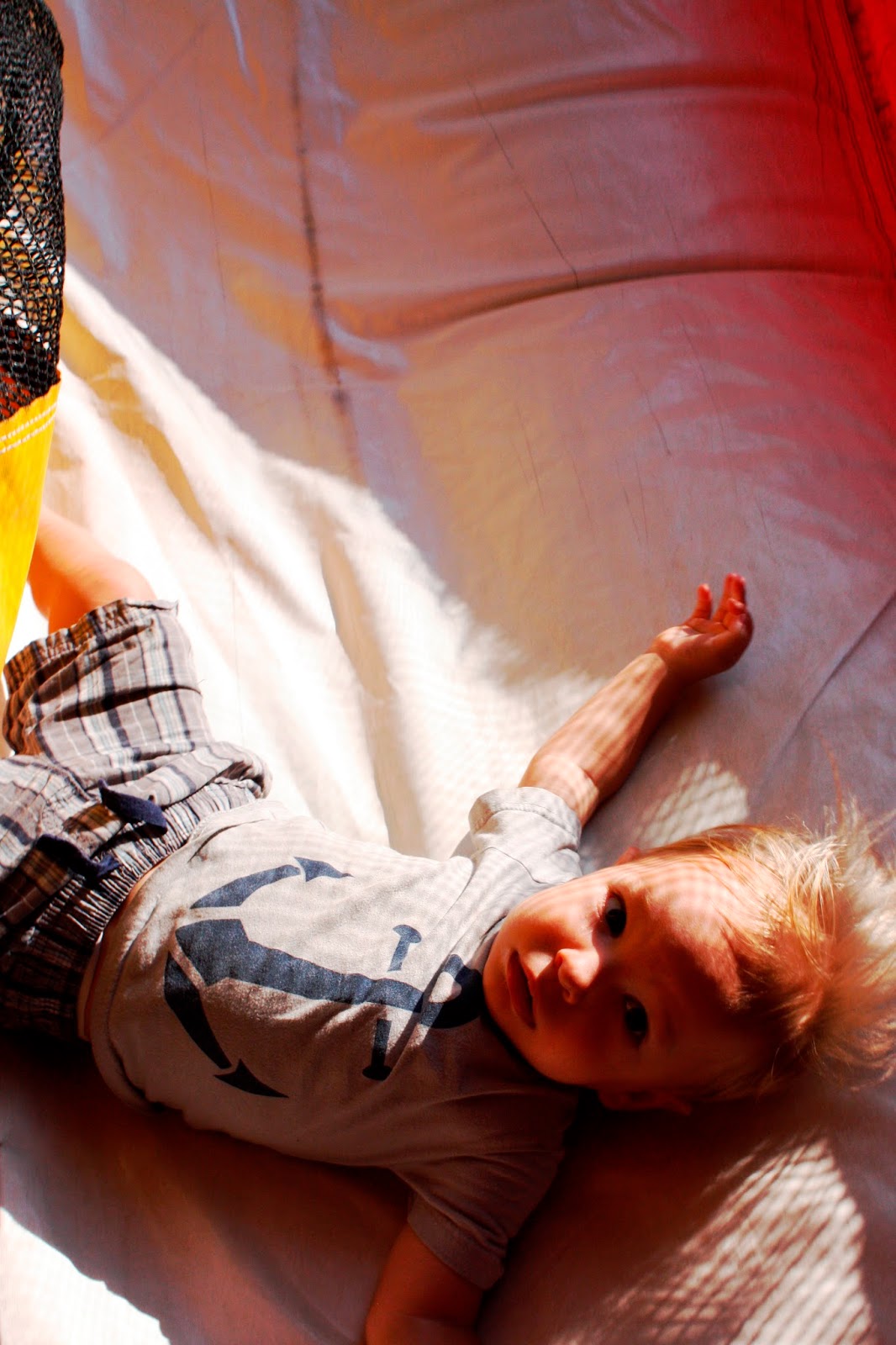 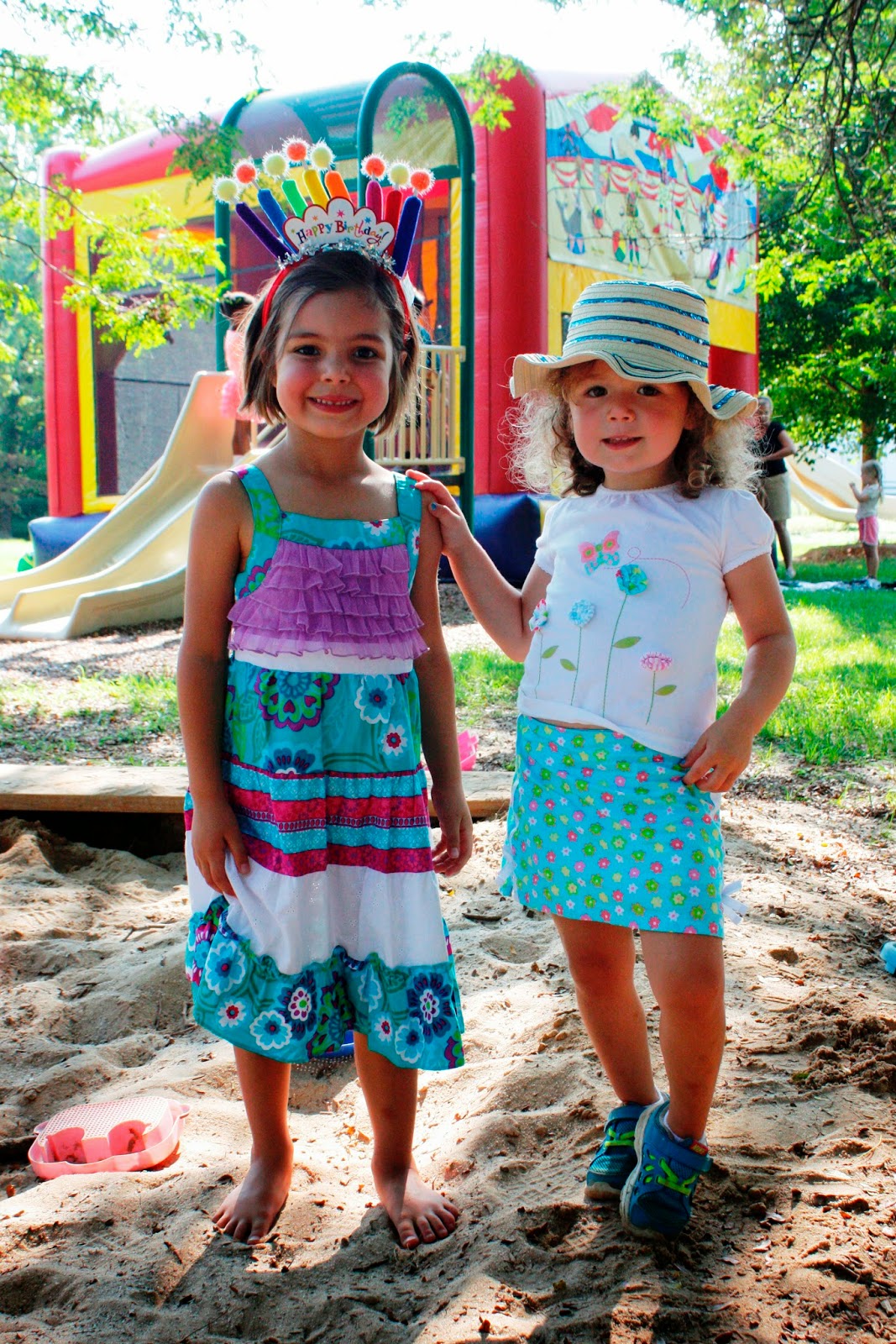 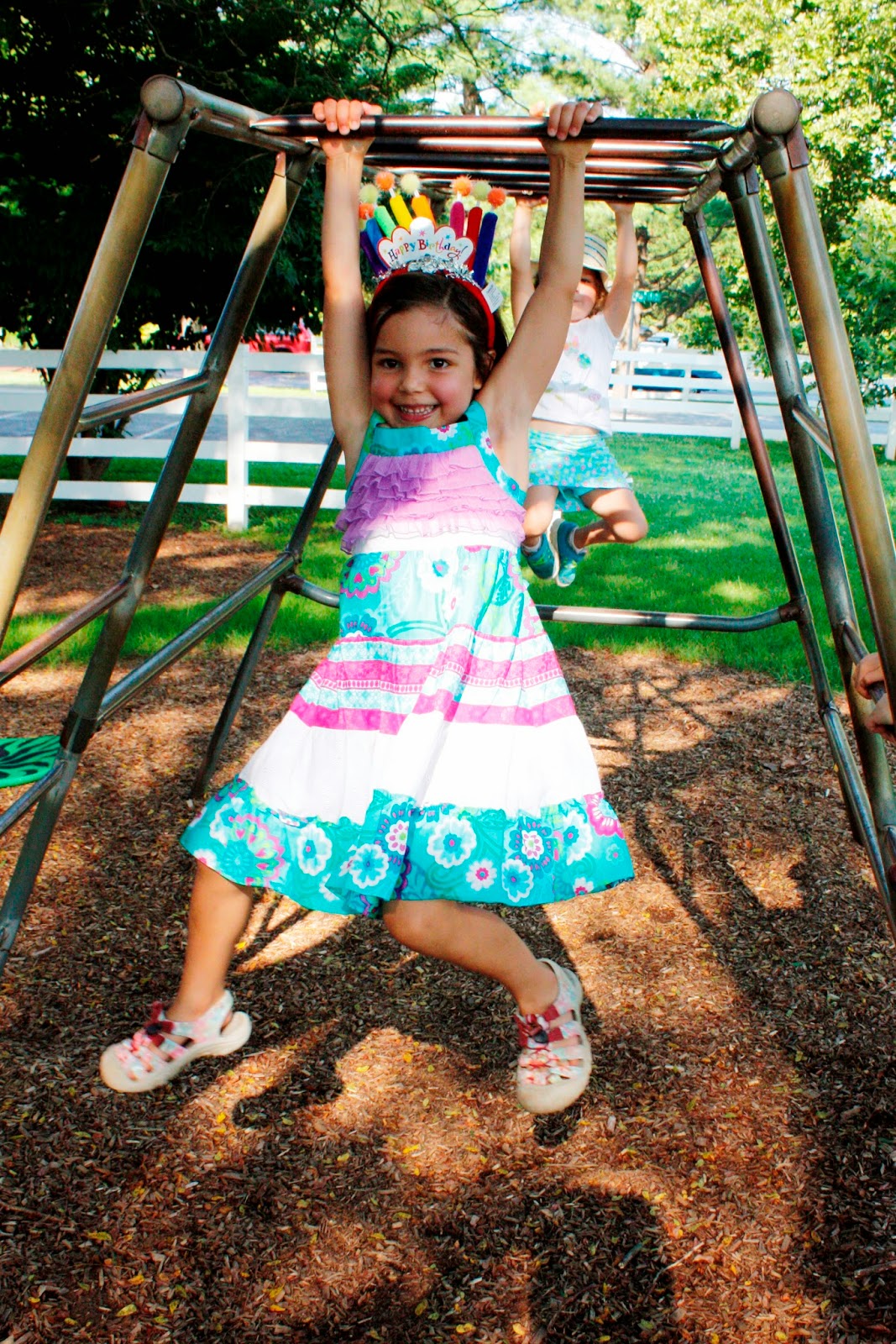 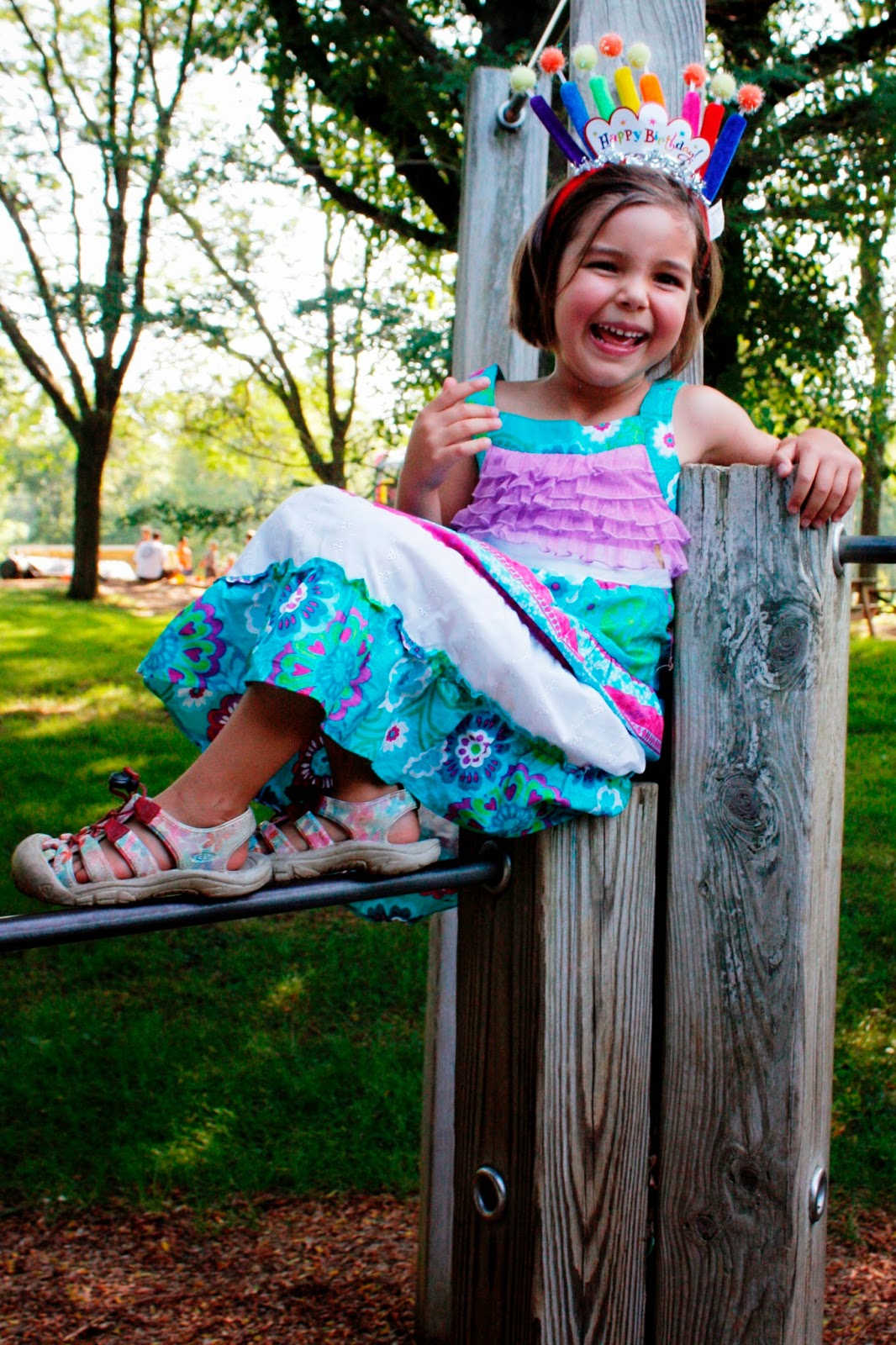 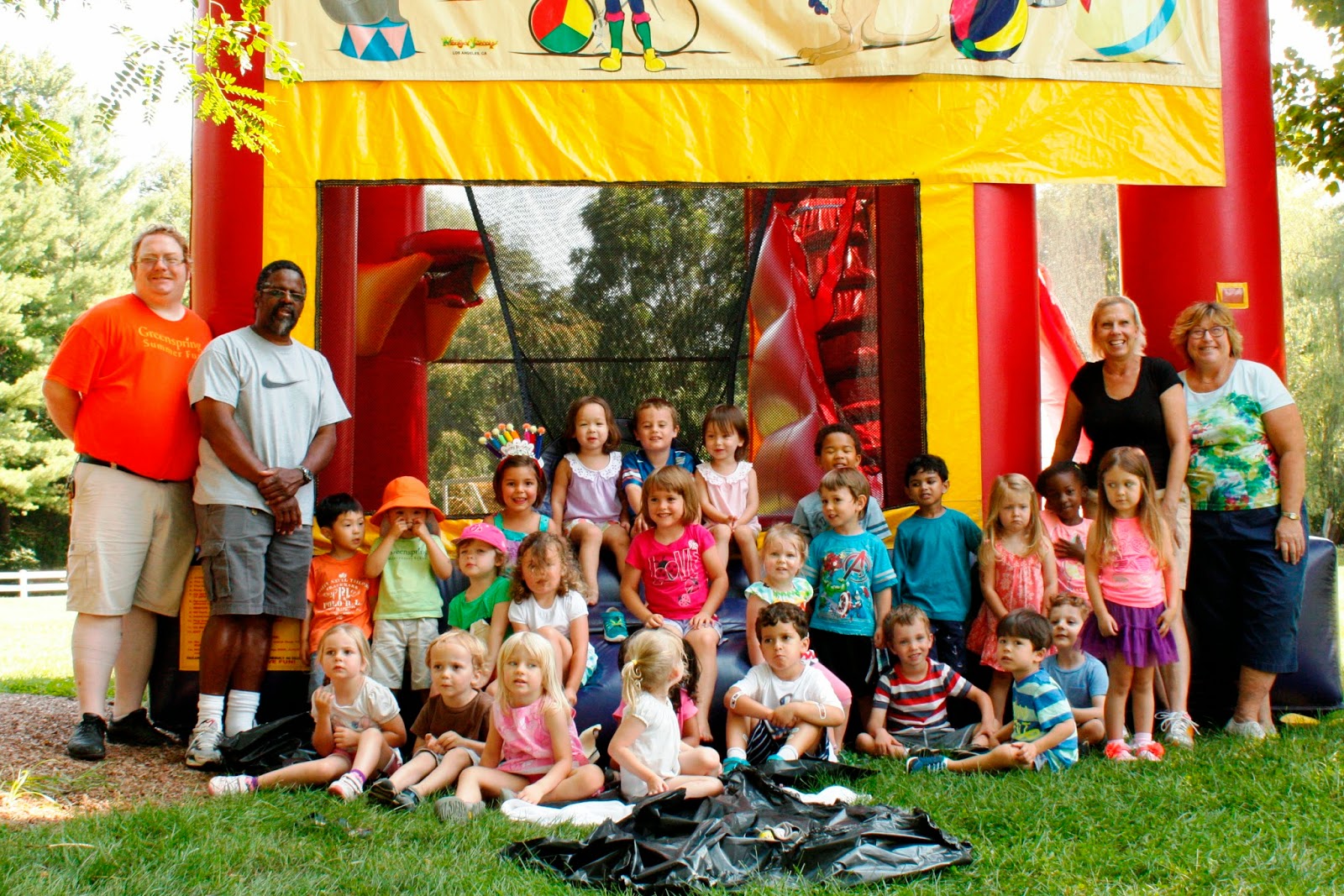 And then there were cupcakes! The two camps of 3- and 4-year-olds had almost 40 kids between them, so I took the easy route and ordered from Whole Foods. They were delicious and way cheaper than I expected, so it was totally worth it. 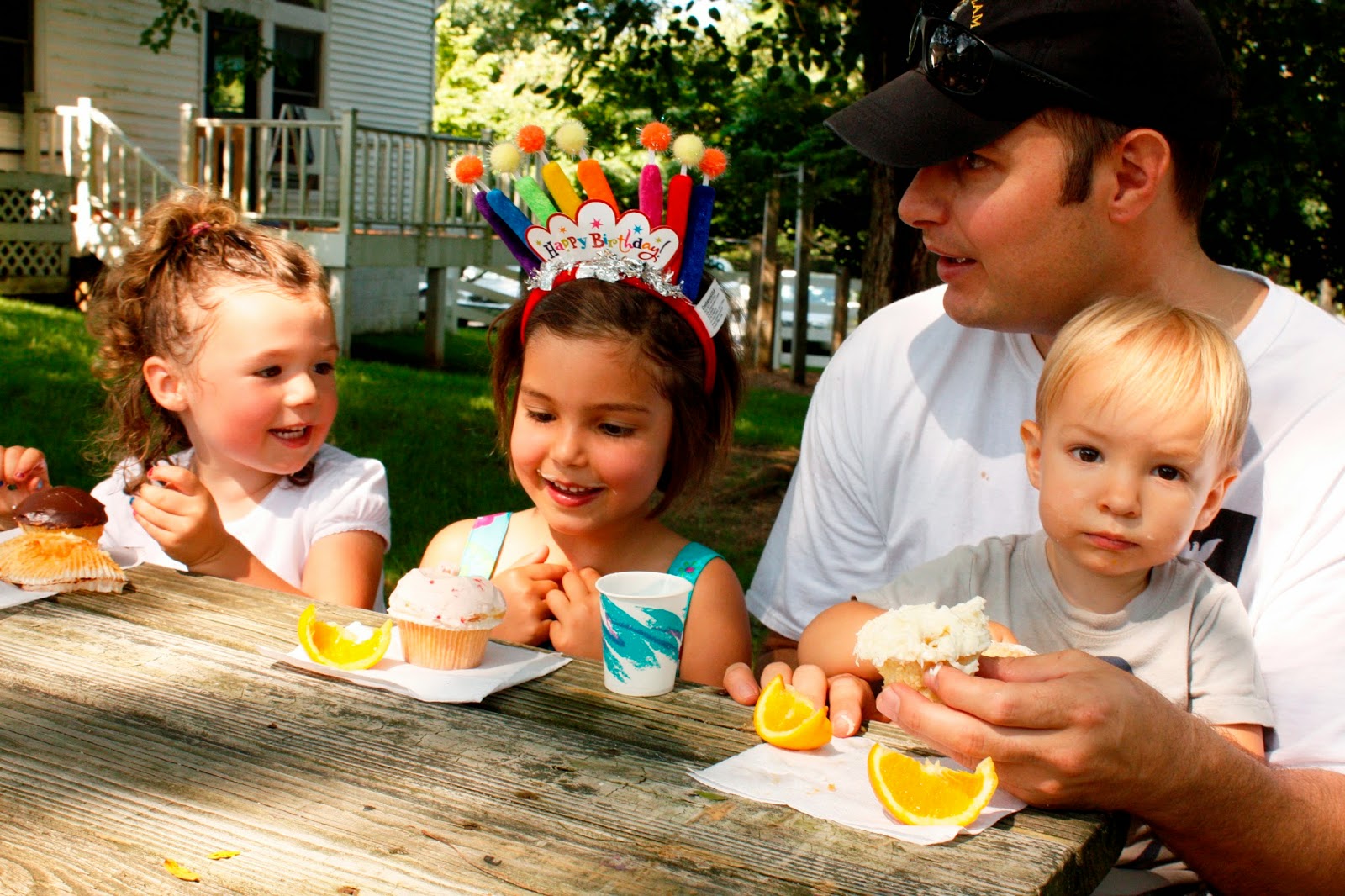 The moon bounce was there all day, but Hannah didn't want to stay. She cried and cried and begged to come home with us. We tried to talk her into staying and continuing the party; we even left without her at first thinking she'd calm right down and have fun, but we had a bad feeling about leaving her crying on her birthday, so Eric dropped off me and Jacob and went back to pick her up. She was still crying, so it's a good thing he did! It's her birthday after all, so if the morning was enough, so be it!

Since I'm behind on blogging, I'm lumping in a few earlier summer camp pictures....Hannah's school is awesome about taking and posting pictures on their Facebook page. I lifted a ton of them and wanted to re-share here, but it occurred to me that other parents might not be thrilled with their kids appearing here without permission (hoping the group photo above is too small to upset anyone), so I'm left with the two below: Hannah the snake charmer and Hannah the star of the sequel to Up.

Email ThisBlogThis!Share to TwitterShare to FacebookShare to Pinterest
Labels: birthday