I haven't forgotten about a proper birthday post for Jacob, but it'll have to happen on a night that I don't work. Tonight I'll just post a few pics that have been collecting dust in my cell phone gallery.

In the last month Jacob has taken to laying down with Hannah at bedtime and listening to a story rather than trying to tear the book out of the hands of the reader and then whack all readers in the face with it. I'm a big fan of this development. 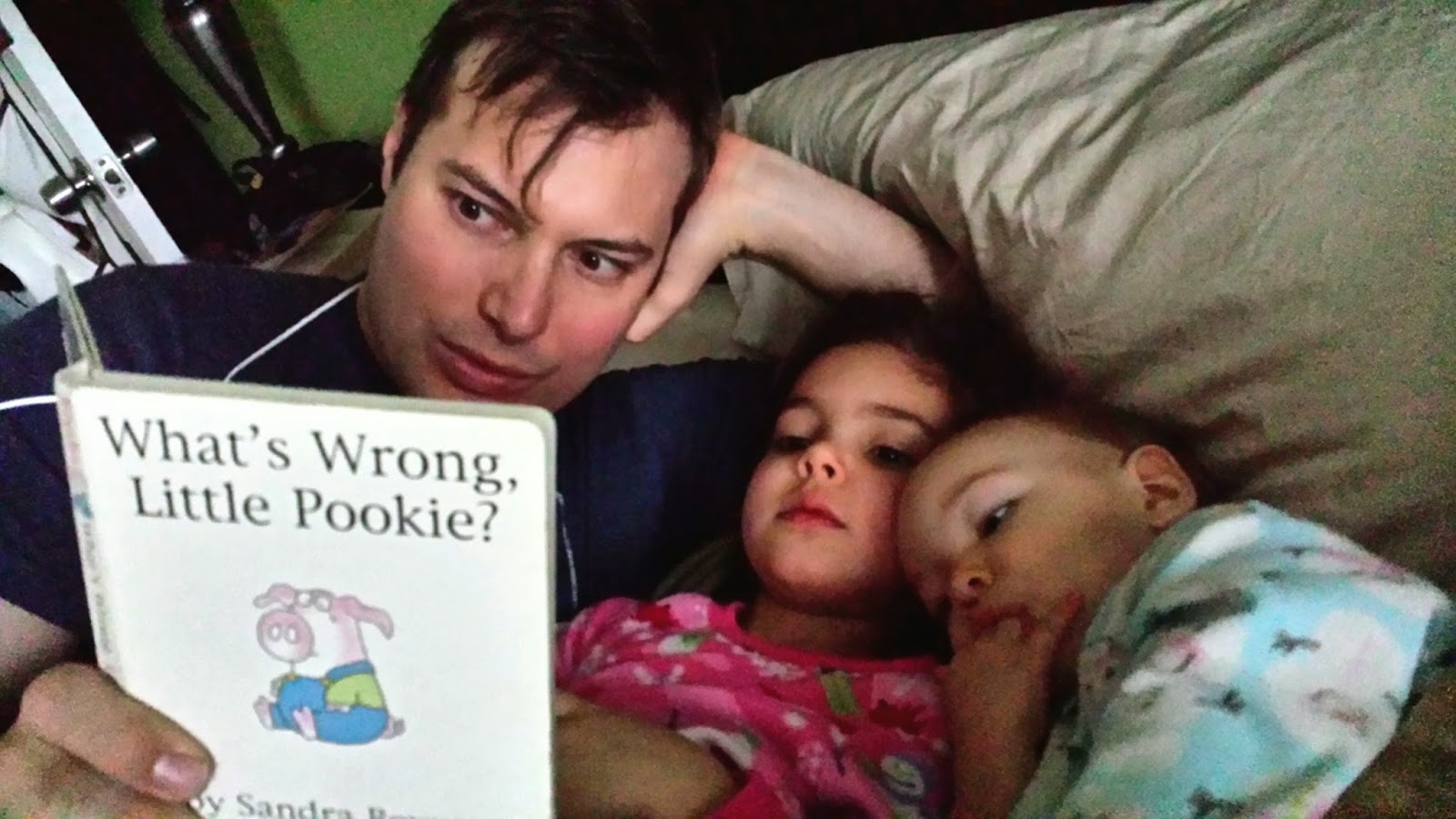 Jacob spends a lot of his downtime time on the step ladder, and on this particular day, he slipped off it and landed pretty hard on the wood floor. He cried for a long time and snuggled with me for even longer. I kept worrying that he had a concussion but Eric assured me that he did not. He's more of an expert on that stuff than me so I took his word for it. 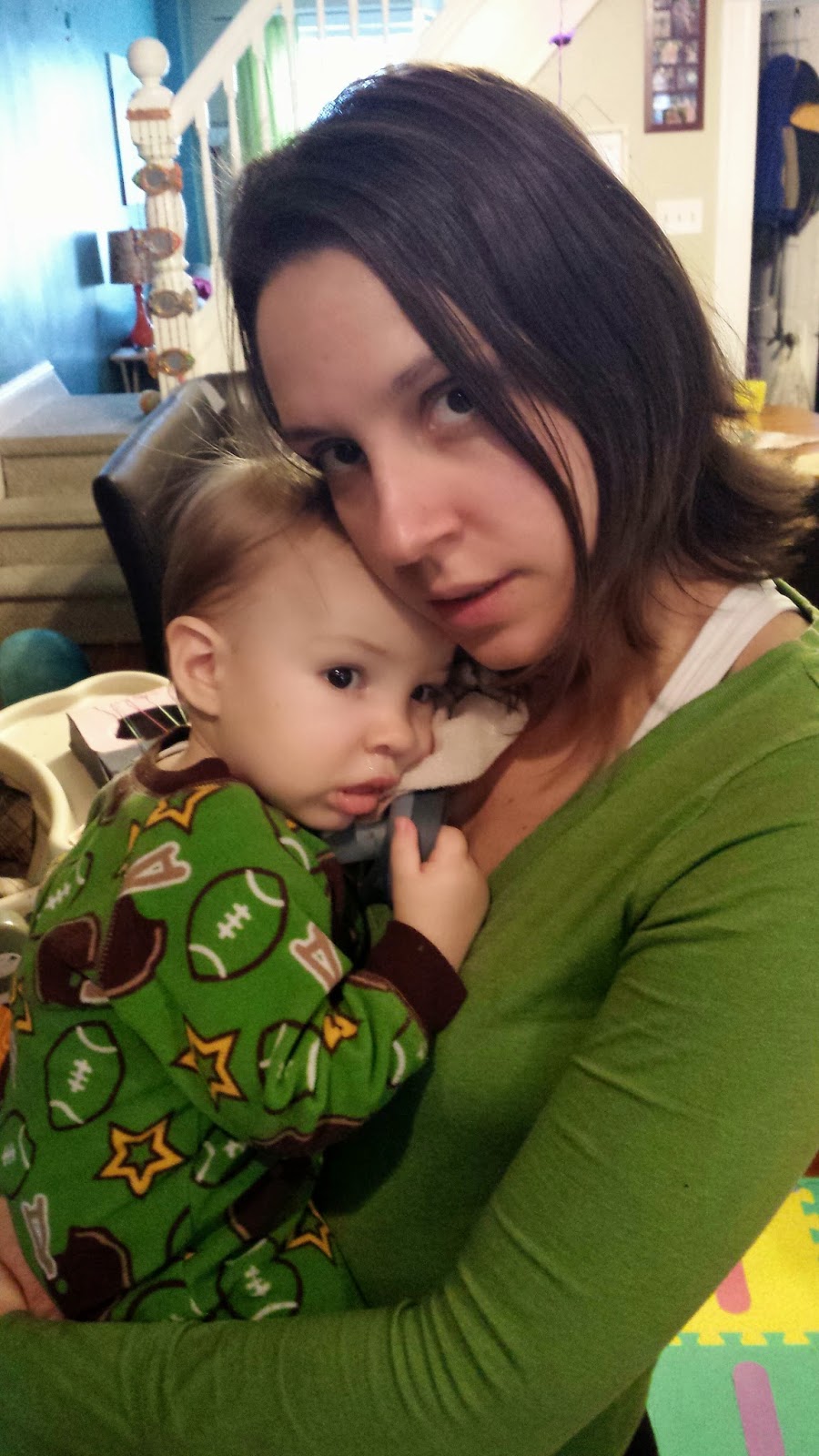 We miss having Zoey next door and loved running around Cylburn with her on one of those random warm days in March that made the snow on the ground seem like something from a sci-fi movie. 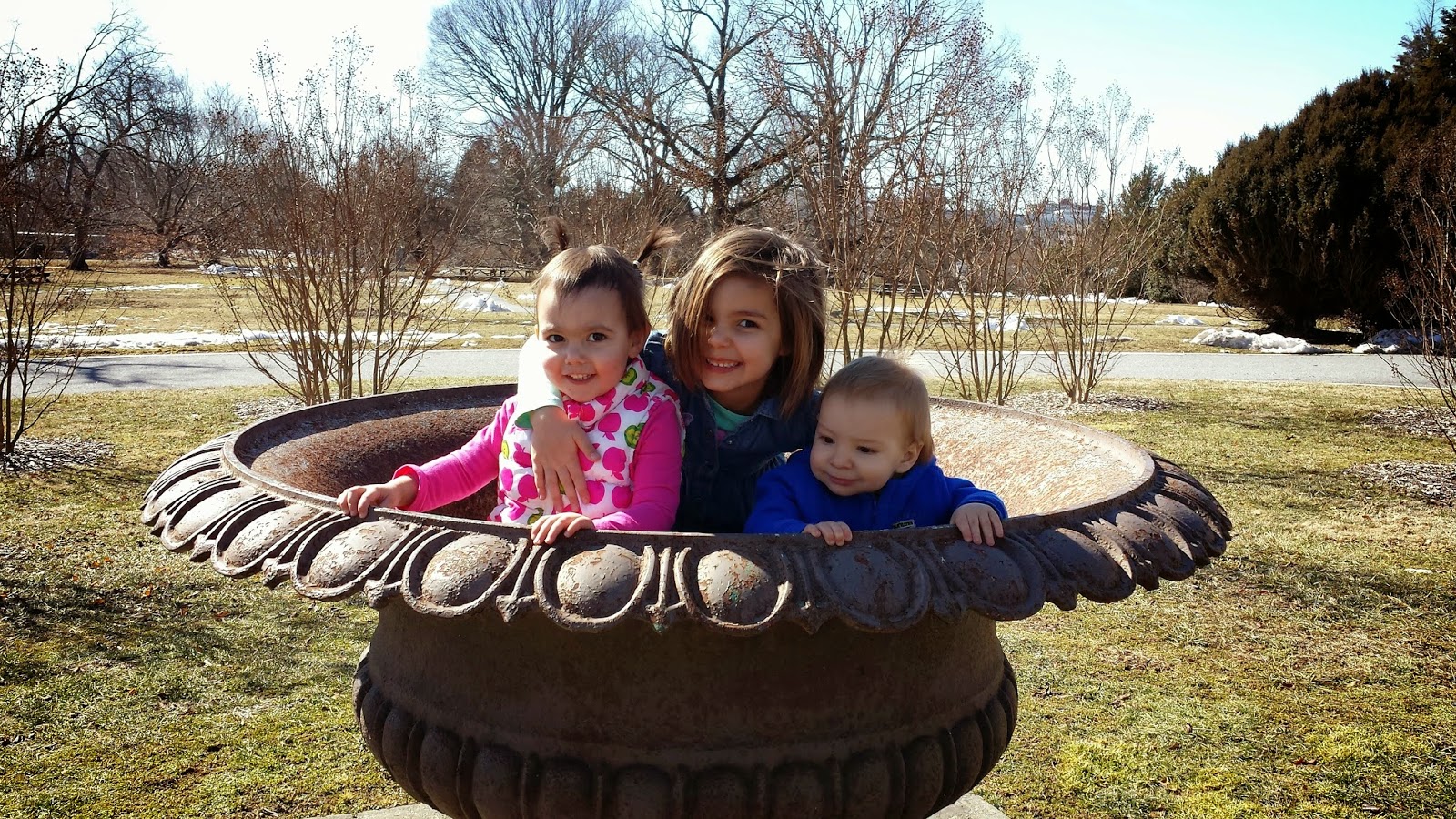 This next one was taken on a day that I THOUGHT was warm but was actually pretty darn freezing, hence the reason that we are the only ones on the playground. We didn't last long. 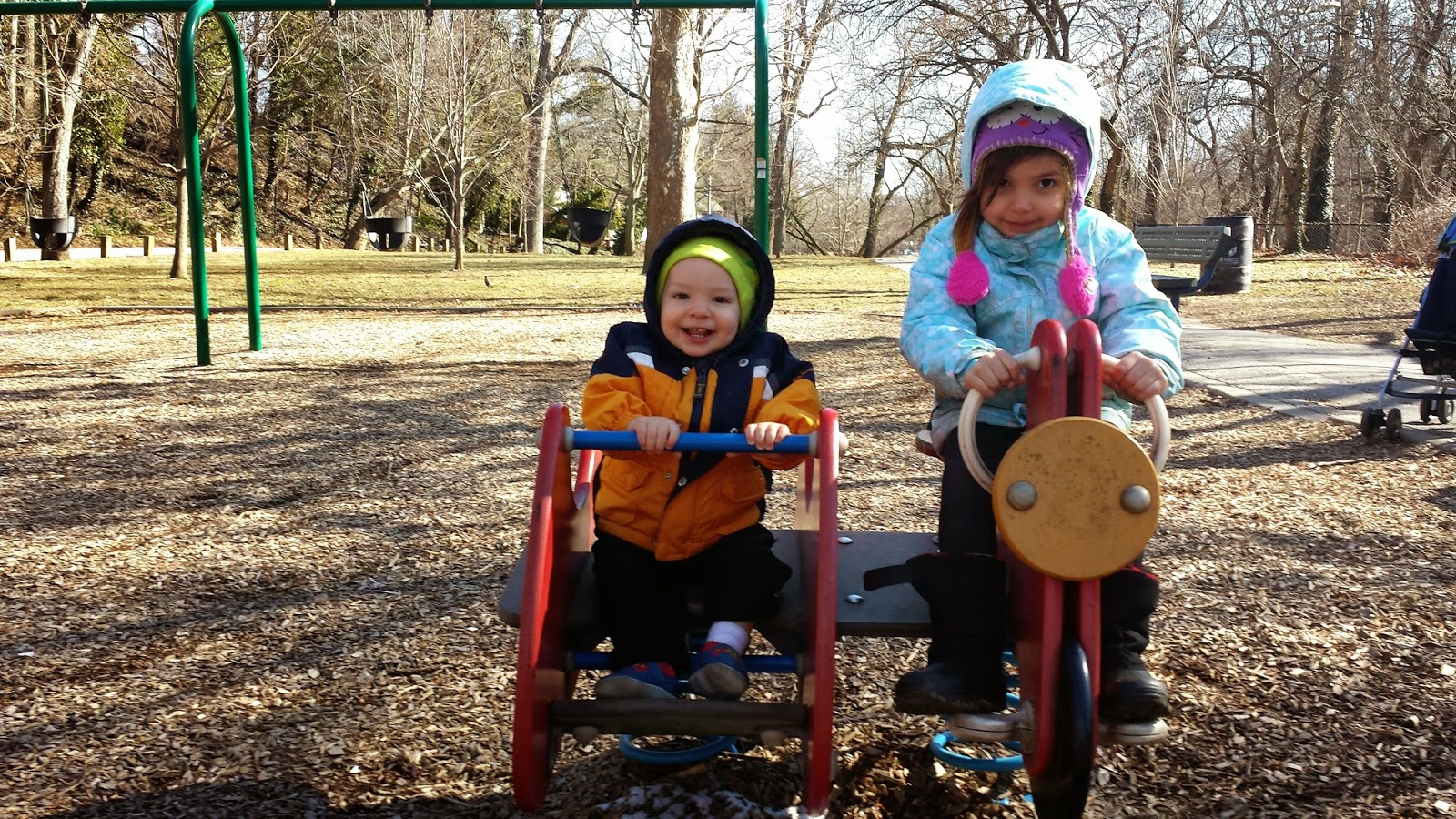