We took a weekend family trip to Blue Bell, Pennsylvania at the beginning of the month for a wedding and stopped off in Philly on the way home. I hadn't taken the time to plan the trip terribly well so we just parked in Old City and walked around fairly aimlessly until my friend Adam showed up and led us to a yummy Indian lunch buffet. Prior to that Eric had picked up tickets to tour Independence Hall (the building behind Hannah in the picture below). I learned a few things, like that back in the day, the person on trial actually had to stand and that's why we say "standing trial." The The highlight of that tour happened at the very beginning when our tour group was seated around a painting of the Constitutional Convention. The park ranger had just finished talking to us about the convention and the room where it took place (which she led us to next) and asked the group if we had any questions. Hannah, standing on her chair in the back row, raised her hand, and when the ranger acknowledged her, she said, "Um, what's that frame made of? Wood?" The ranger smiled and said she thought so, and Hannah replied that it looked like gold too. I love her. 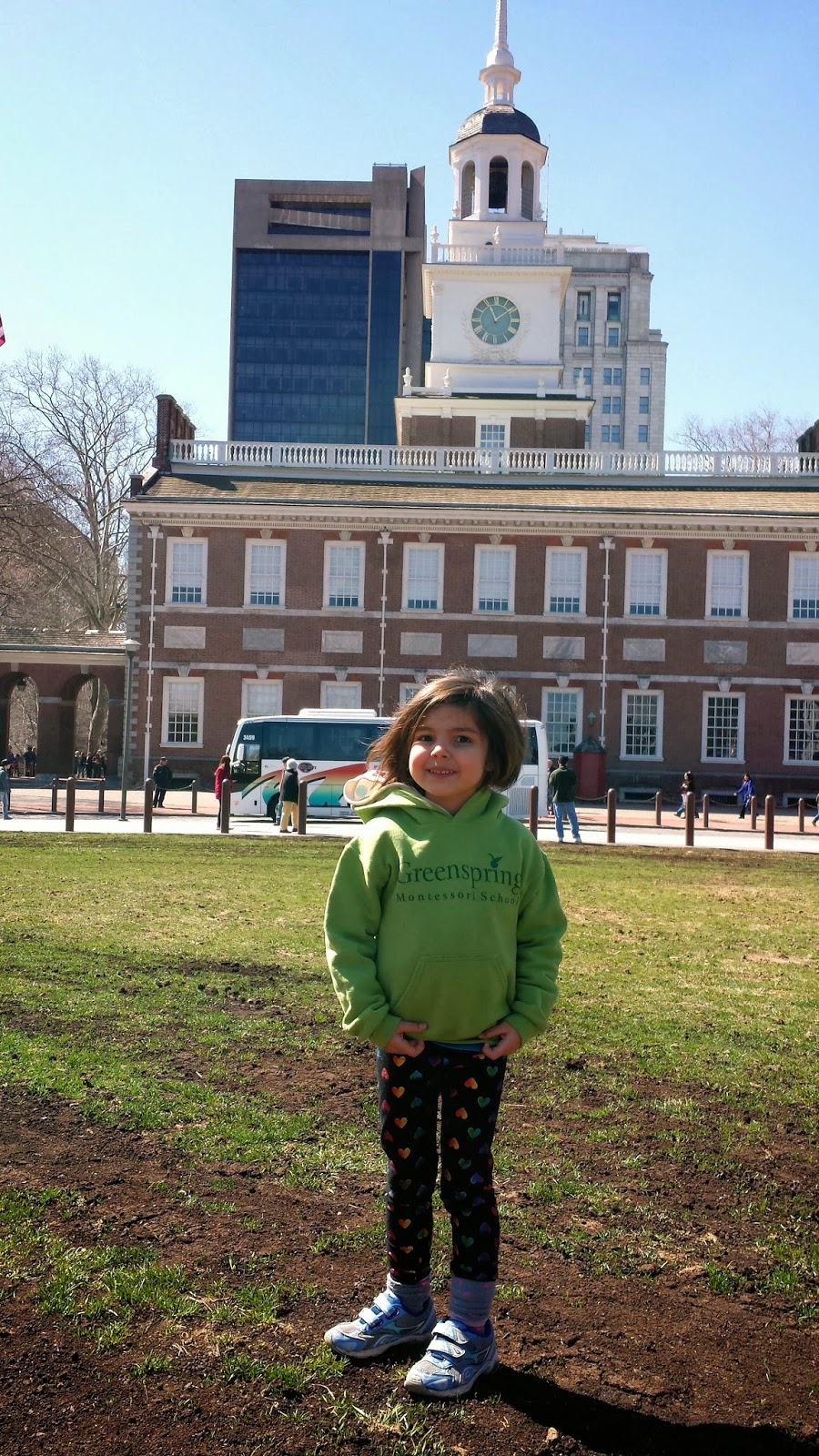 Edited May 11:
I was shuffling through pictures on my phone and found two more pics from Philly.

Here's one of Hannah and Grammy in front of the Irish memorial. 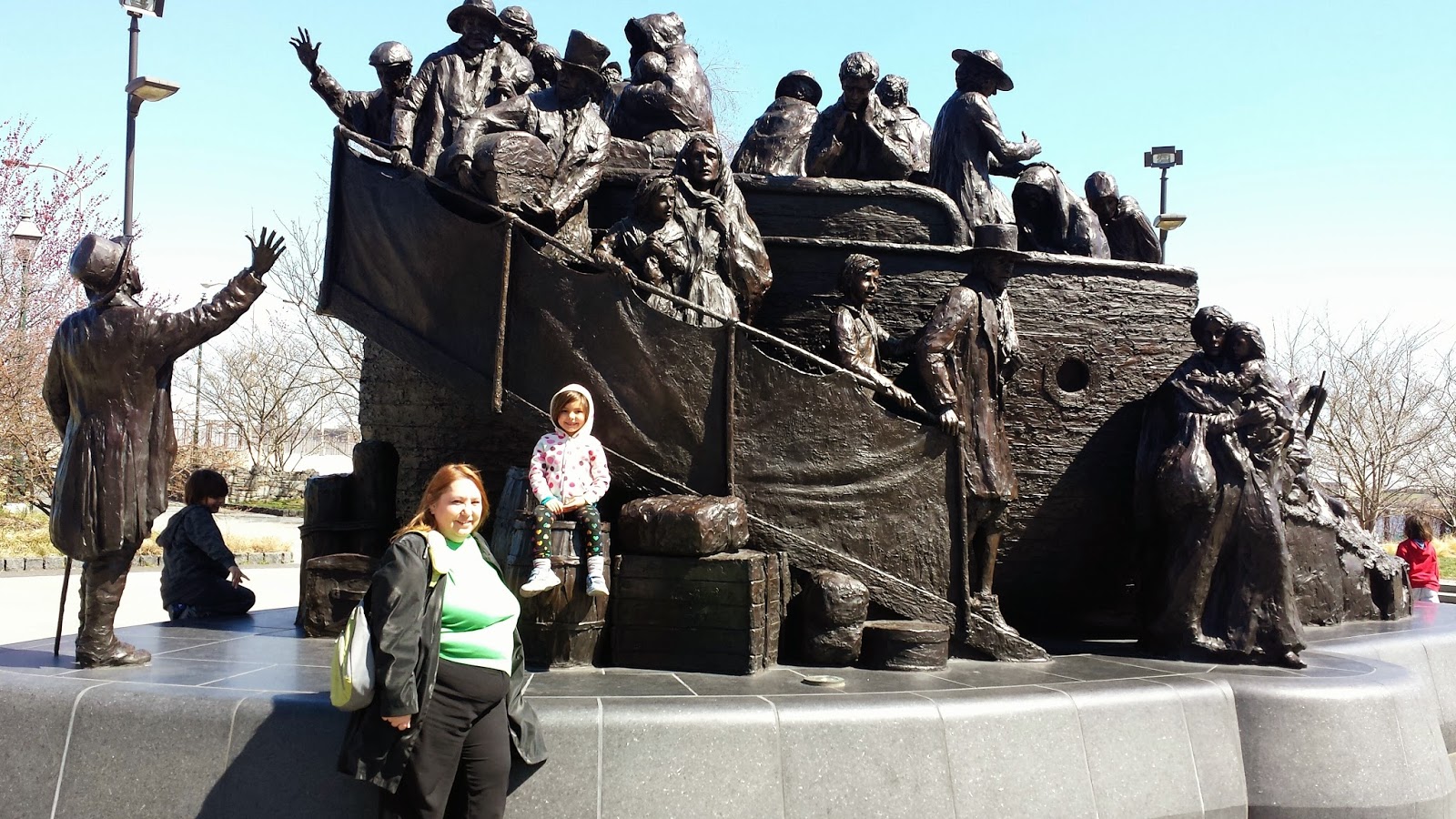 And here's one of super dad carrying both his kids on his back. 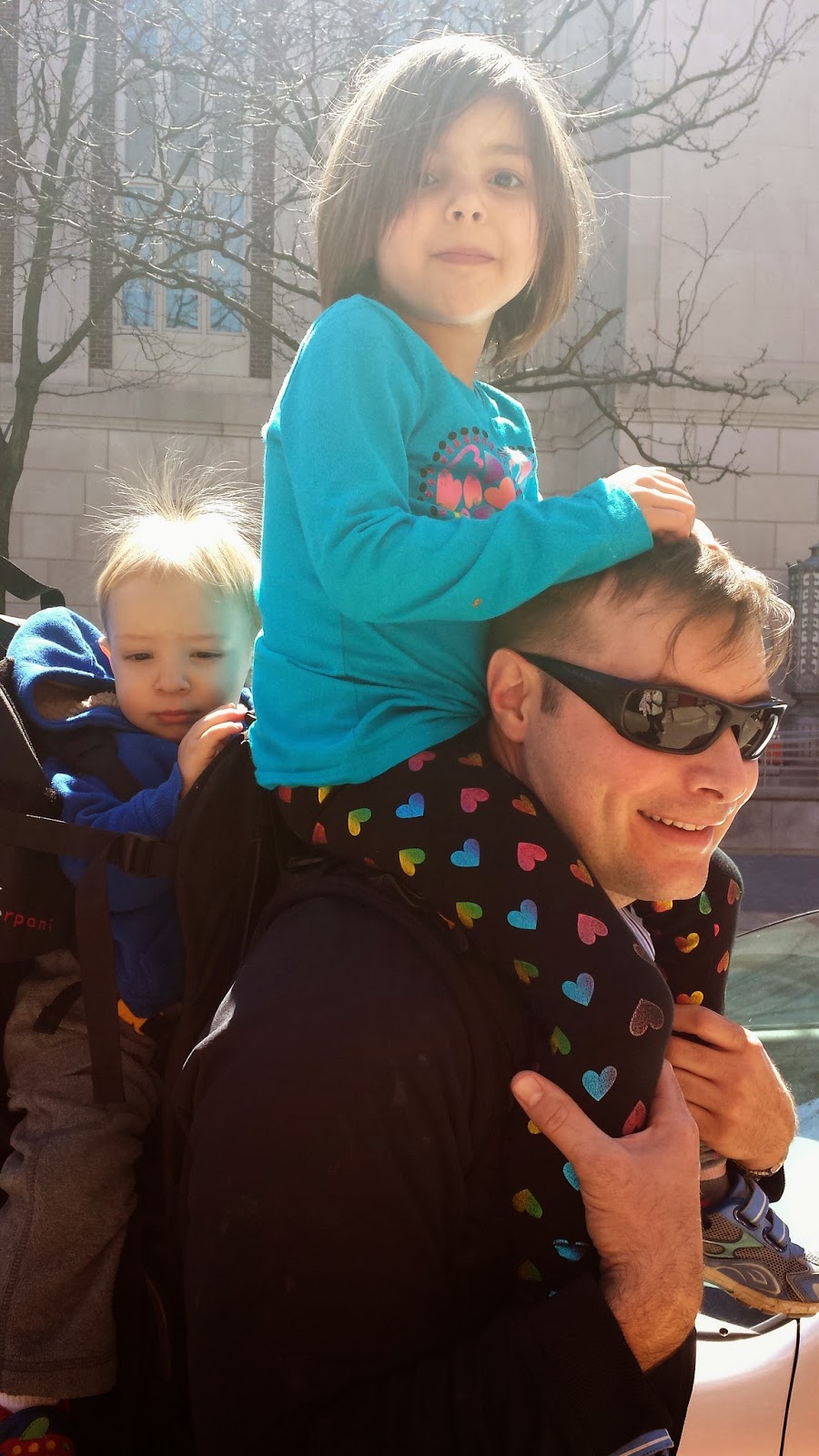