Jacob goes to the aquarium and the new Blacktip Reef exhibit

Jacob has had a lot of firsts in his short little life that have gone undocumented, including his first (and second and third and...) time swimming, and he's experiencing these firsts far sooner than Hannah ever did, which I guess is just what happens with the second kid. They have older siblings who are swimming and running around the aquarium so they've got to buck up and keep up.

Some weekend ago (2 maybe?? I can't keep track of the days, I just know I'm behind), we took the family downtown to the aquarium to check out the new Blacktip Reef exhibit. It was newly opened then and since the animals have to be introduced slowly, we didn't get to see the sharks, but we were happy to watch Calypso, our favorite three-legged sea turtle, and marvel at all the amazing coral. According to the link I provided, above the sharks were introduced today so it looks like it's time for another visit!

I put Jacob in the carrier to trek him around the aquarium for the first time, and Hannah carried her Pinky Pie doll in the baby doll carrier we bought her when Jacob was born (her big sister present). I'm glad she did because I've been itching to get a pic of the two of us together with our babies tucked into our baby carriers. (I've also been meaning to share a picture of Jacob's mullet/rat tail/fur patch--mission accomplished.) 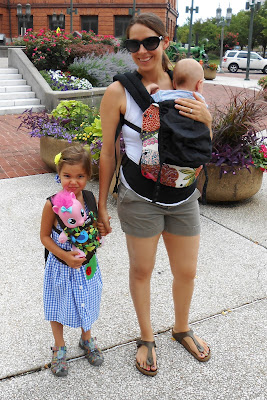 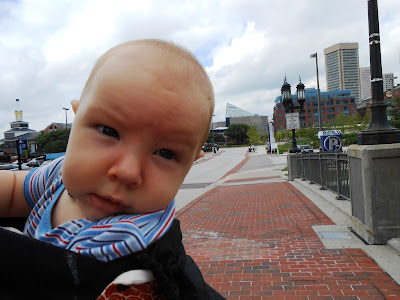 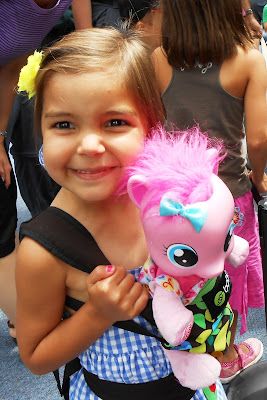 The new exhibit is really pretty. They replaced some of the cement walls with glass so that shorter viewers don't need to be lifted up to see what's going on. They also built all this coral around the hole that leads down to the viewing windows beneath, and each window has different coral and therefore a different view from the window before. We studied each and hung out there for a long time. They also have computers set up down there that tell you about all the animals you're looking at. Hannah and I had fun playing with that for a while. The pictures Eric took from that view are all a bit blurry so you'll just have to take my word on how nice it is because I can't prove it. 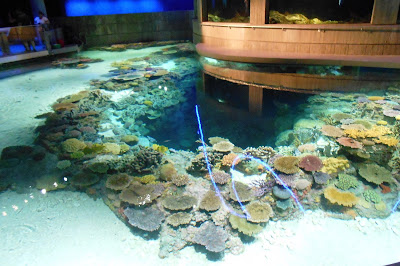 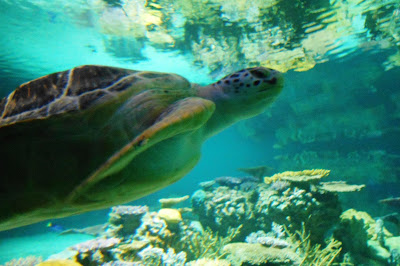 Hannah wanted to see the dolphins next so we hiked over to the amphitheater and caught the tail end of one show and then sat down to finish lunch and wait for the next show. 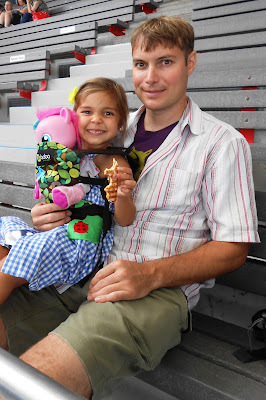 It was too long of a wait though so we abandoned ship and headed to the jelly fish exhibit, but there was a huge line of people waiting to get in there so we flattened a penny in the machine and printed a picture of dolphin on it and then left and came home. That's the nice thing about being members--you can go just to say hello to Calypso, stare at some reef, and get souvenir penny and not be upset that it was too crowded (or that you were too tired) to do anything else.

No trip to the aquarium is complete without stopping to run around Pierce Park. I want Eric to build us one of these tunnels someday when we have a yard...so fun. 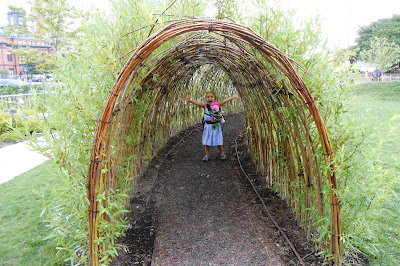