In addition to the obvious highlight of seeing much-loved family members who I pretty much only see once a year, my favorite part of this year's reunion was watching Hannah shoot a real bow and arrow with my Uncle Donny. I went totally mamarazzi and snapped a thousand pictures (which you'll have to scroll a bit to see because I'm far too OCD to post them out of order even though I'm okay with talking about them out of order). I'm thinking we need to visit my Aunt Pam and Uncle Donny more often so Hannah can add "skilled archer" to her list of talents.

She's also working on adding "skilled photographer" to that list. My aunt Pam gave Hannah and Clay their very own cameras upon arrival, and Hannah set out immediately to document the day for me. She stopped documenting after about 15 minutes, but she got some fun shots in that time period. Check 'em out:


Alrighty then! Our budding photographer has taken a few fun pics since this day, but I'll have to post those separately since this post promises to be large and in charge already.

Grammy and Aunt Pam always have bags goodies for the kids to keep them busy. Butterfly nets were in the loot stash this year. 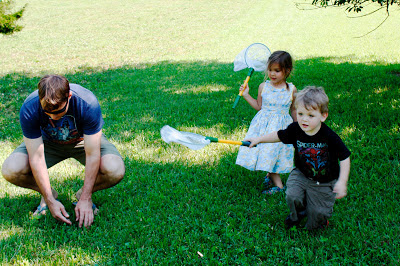 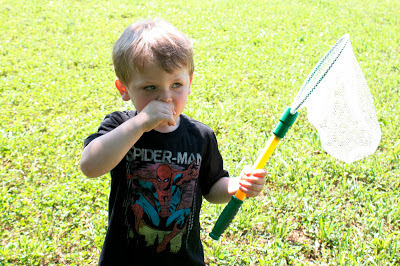 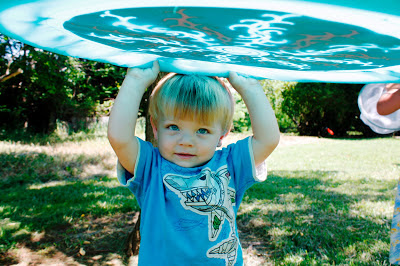 Hannah sprawled out inside with a crocheted coaster balanced on her head to beat the heat. I love the pose. I feel like this could be a painting. 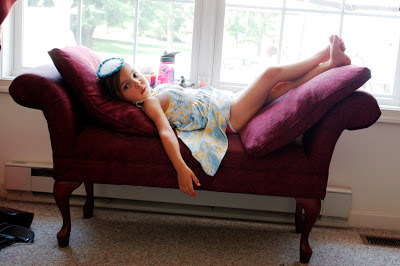 Some random shots of Hannah running wild in the wide open grass, which further motivates us to find a house that has at least some grass... 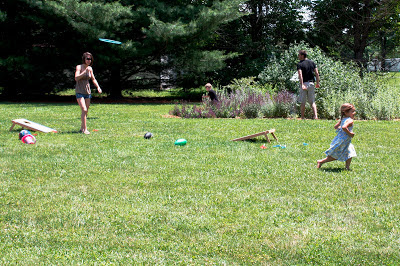 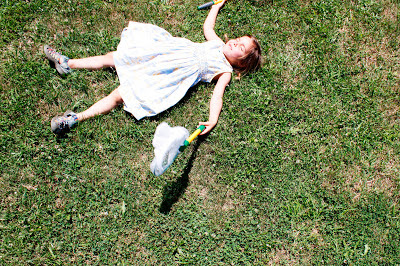 And now we come to the point in the day where Hannah gets her first archery lesson, the highlight of my day. 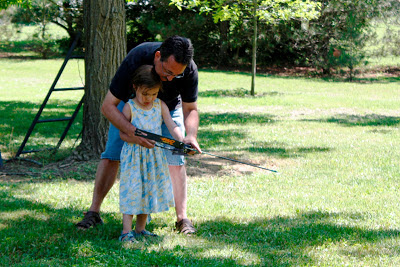 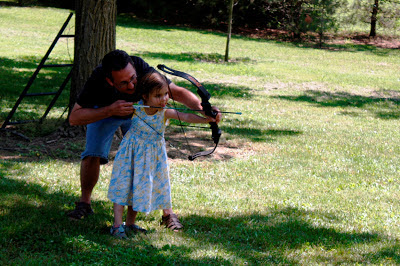 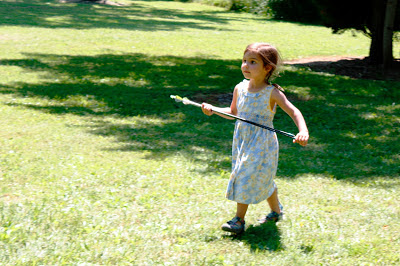 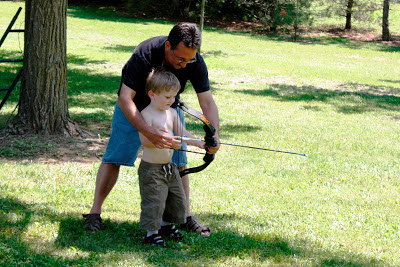 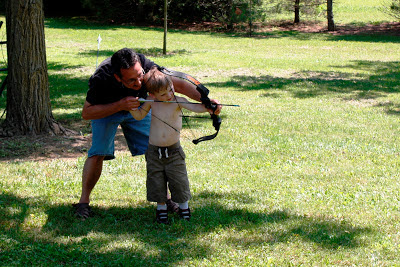 I'm going to be lazy and say very little about the next few pics, after all, there isn't much to say beyond "here are some pictures of people I love doing stuff." 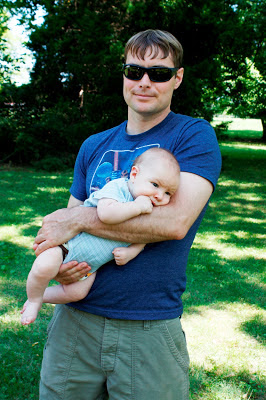 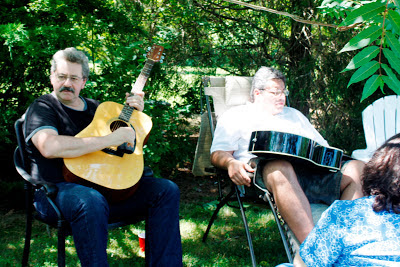 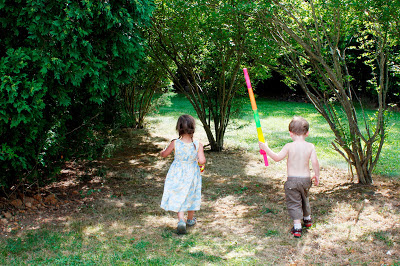 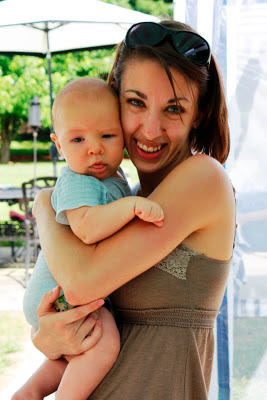 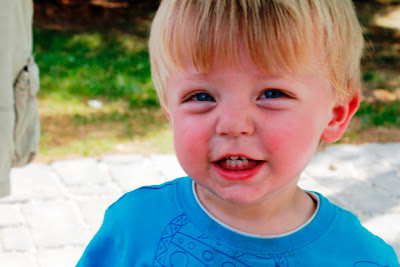 Here's the part where I share/save for posterity some pictures that other people took. My Uncle Wes snapped this first one of Jacob laughing at my Aunt Pam.
I stole the rest of these pics from my cousin, Kim. 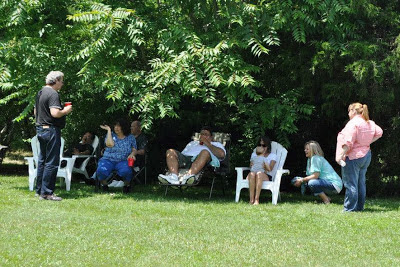 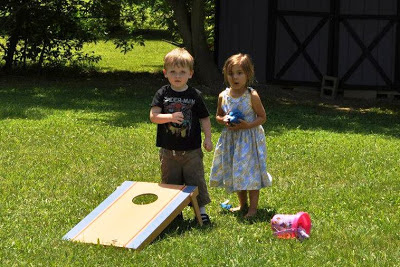 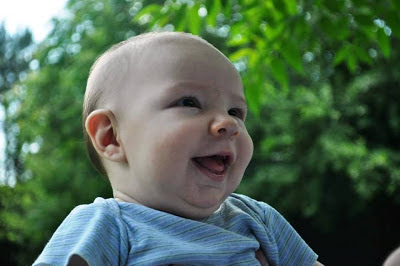 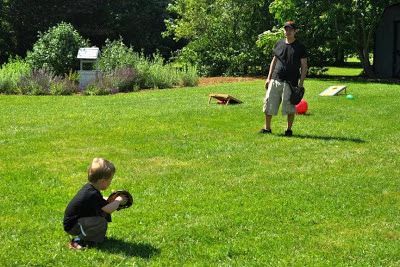 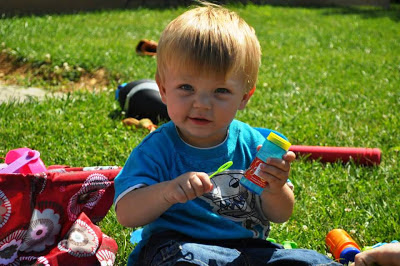 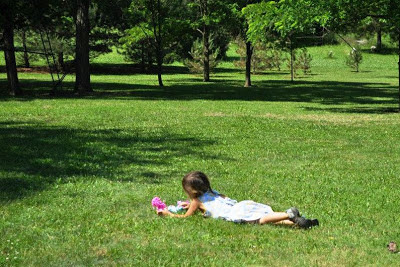 As usual the kids have monopolized the blog and my entire memory of the reunion, which makes sense given their monopoly on the universe as I know it. I suppose that's included in the definition of a mother, along with "one whose hair smells like baby vomit" and "schlepper of more gear than can fit in the bed of a truck." It's not a terribly glamorous role, but then again, I'm not a terribly glamorous person, and let's face it, when it comes to the universe, kids are right up there with trees and stars on a level of coolness (with mosquitoes, fleas, ticks, and all other vampire-ish bugs being on the opposite end of that spectrum).
Posted by terri at 9:47 PM