Our belated Easter was not very Easter-ish: there was no egg hunt or anything which I thought was a bit of a bummer, but I suppose it's my fault for refusing to head back to my dad's without Chip. My mom and I have rearranged countless number of holidays and birthdays to fit our schedules, but I guess others might have a hard time resurrecting the mood two weeks after the official day. On the bright side, there were cows. Cows have a way of making any activity complete. Right?? 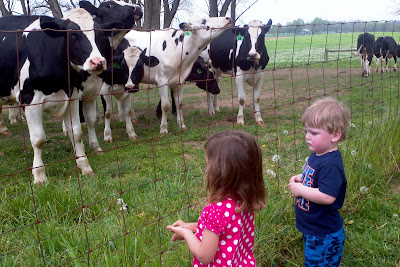 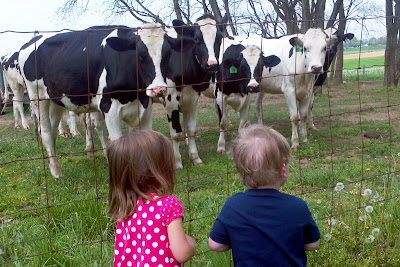 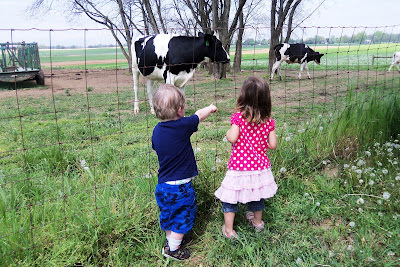 At the end of the day, Hannah said her favorite part was the tire swing. If you don't get dizzy easy, I took a video of them playing on it. It makes me sick to watch it though so you've gotta really love giggling, tire-swinging cousins to watch it. 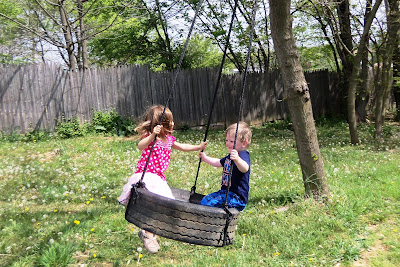 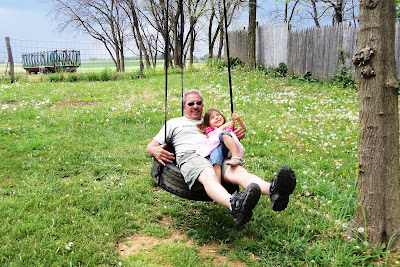 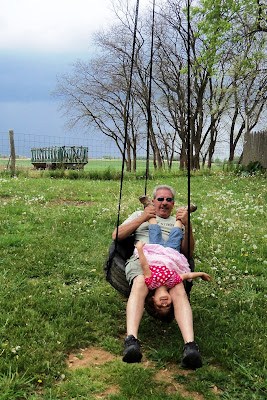 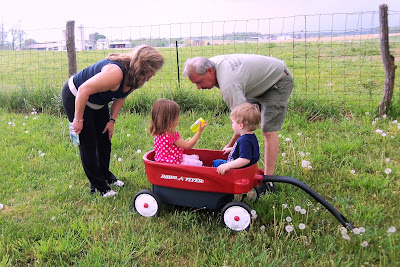 The kiddos took a self-appointed quiet time in front of the TV to relax and unwind after their cow-watching, tire-swinging, wagon-riding adventures. After an hour, the only thing that pulled Hannah away was asking if she wanted to go play in pappy's truck. "Oh sure!" she said and jumped up and ran out the front door. She was still pretty cranky though, as is obvious in the photo below this next one. 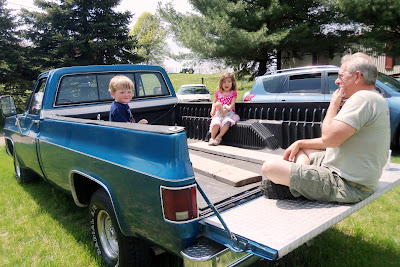 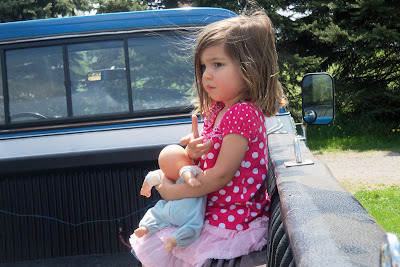 We forgot to bring her Lila baby so one of the first things she did was ransack Clay's toy chest until she found his baby. Of course, then Clay wanted the baby, but Hannah clung to it for dear life and just kept saying "couple more minutes." Eventually I convinced her to let Clay have a turn in exchange for her getting to snuggle a stuffed mouse. The mouse didn't hold the same long-lasting appeal as Lila, but then Chip started climbing trees...Distraction accomplished. 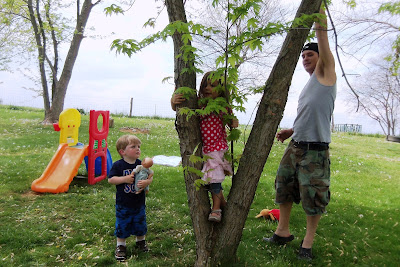 With those two running around like the crazy kids that they are, I didn't make much time for hanging with my newest nephew, but I did manage to get a pic. So cute!! It's going to be so fun to watch how the dynamic grows and changes as Mason gets old enough to get in the game. 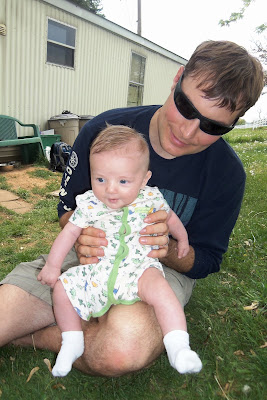