Grannah bought me a butterfly garden

for my birthday, and we spent the end of May growing butterflies.  It was awesome!!!  If you order from Amazon, you get a coupon inside to order the caterpillars (since they can't just sit in the box while waiting to be bought), but if you order from the Insect Lore website, they send you everything at once (same cost either way).  We ordered the caterpillars immediately and were surprised at how tiny they were when they came...and then how big they grew in such a short amount of time!!  They come in a little container and that's where you keep them until they turn into chrysalids.  There's enough food in there for the duration of their caterpillar life span, and the holes in the lid provide enough air so all you have to do is watch their progress. 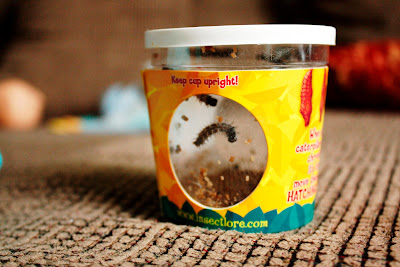 Hannah happened to be wearing her butterfly headband while checking out the caterpillars one day--photo op! 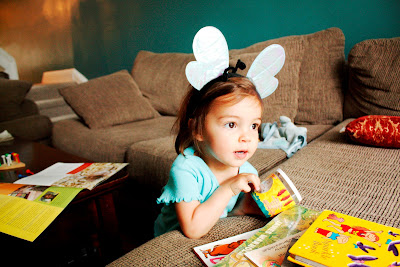 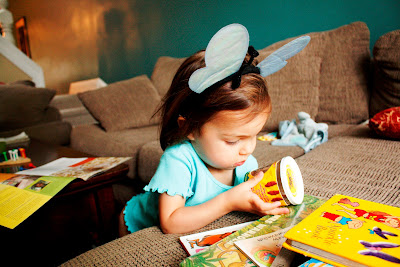 When the caterpillars finished their week or so of eating, they turned into chrysalids and hung upside down from the lid.  Eric carefully moved them into the butterfly net thingy and then we waited....On Saturday we came down to breakfast in time to watch the first few butterflies emerging from their chrysalids. So cool!!! 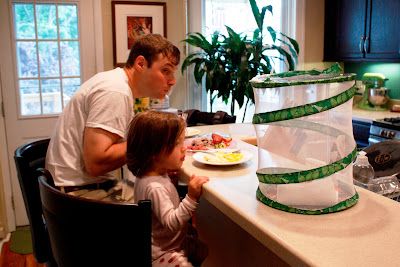 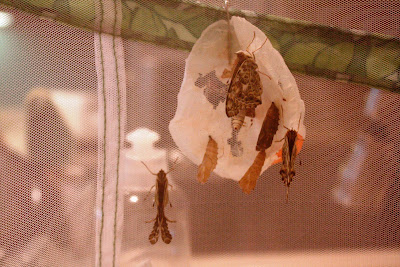 Their wings are brown and boring when they come out, and they bleed (meconium--just like when babies are born!), but their wings were bright orange by the end of the day. 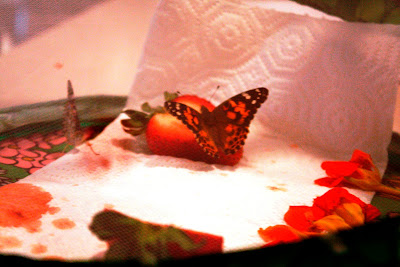 We watched them for a day and then released them into the wild (as urbanites, I'm using that term loosely) after breakfast the next morning. 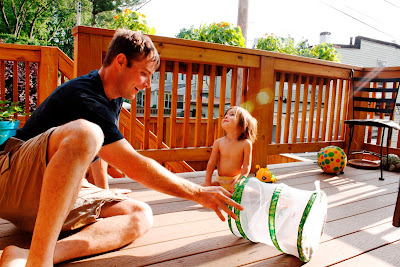 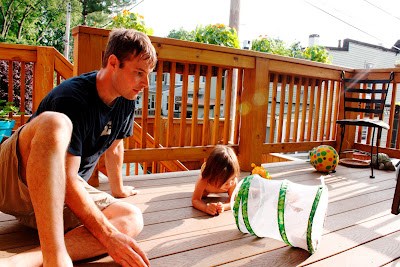 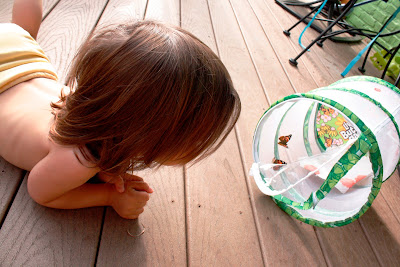 One caterpillar never fully emerged--it wiggled and tried to, but it's poor wings were shriveled up...It was really sad.  The other four were beautiful though, and it was really fun watching the whole process and then coaxing them out of their net to freedom at the end! It was a great present! Thanks Grannah!!
Posted by terri at 9:46 PM