Spring at the tulip garden

Since I've been slacking even more than usual, and since I have photos from roughly 62 different visits to Sherwood Gardens this spring, I'm rolling it all up into one flower-ful post that will be heavy on pictures and light on words, because if I don't have to log on to my computer to work in the evening, I don't want to log on at all. I'd much rather do anything else than sit here with my computer on my lap. If I only there were a way to think blog posts into existence.... 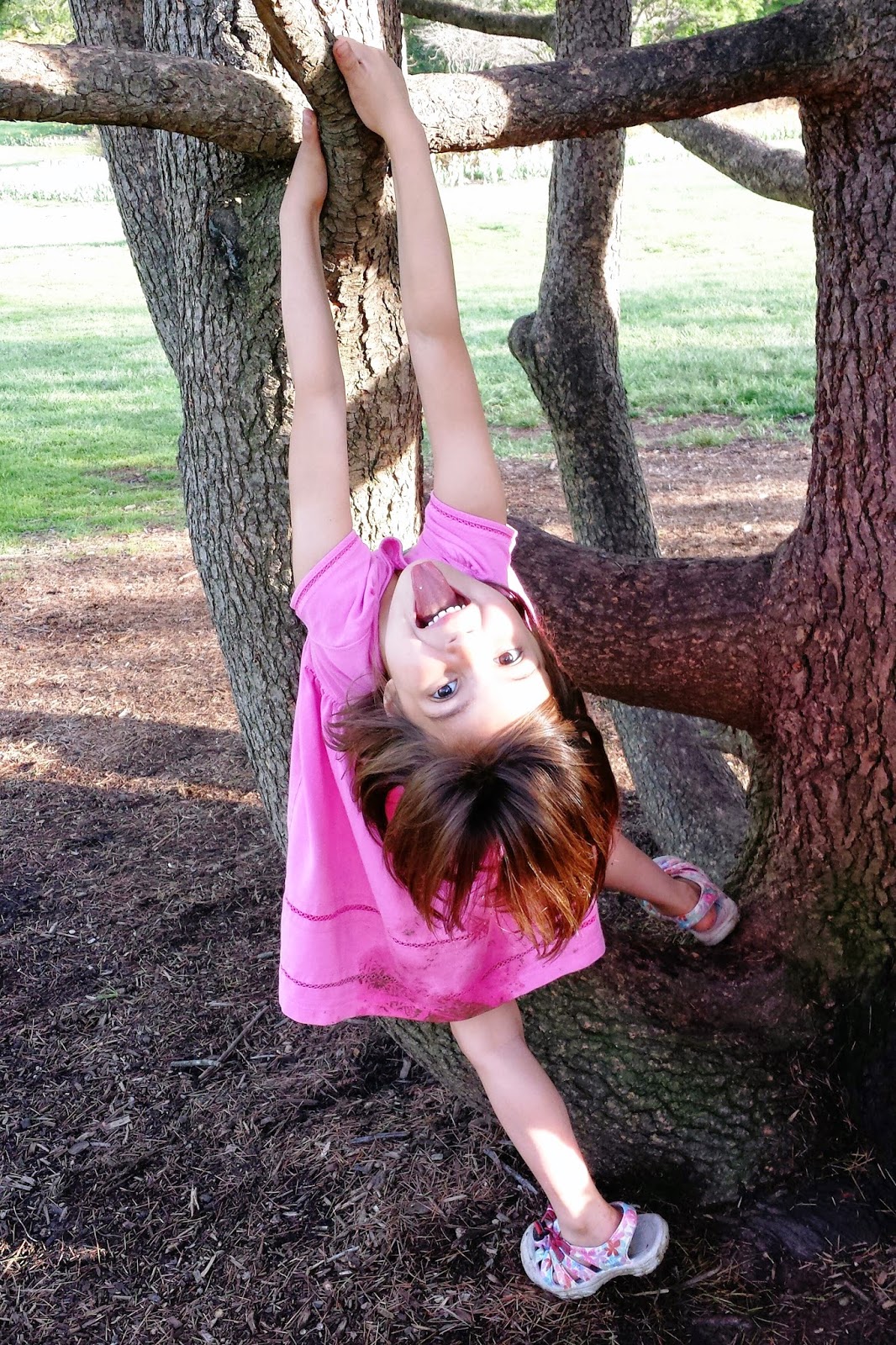 This next trio is the first of two offenses in which I obnoxiously post 87 pictures that are virtually the same because I can't choose a favorite. I hate it when people do that, especially since it's always obvious to me (when looking at other people's photos) which one is the best and which others really didn't need to be shared. Feel free to tell me which of these is the best because I can't make up my mind. I love the smile in the second one but Hannah's dress in the background throws it off...so maybe it's the first or third? 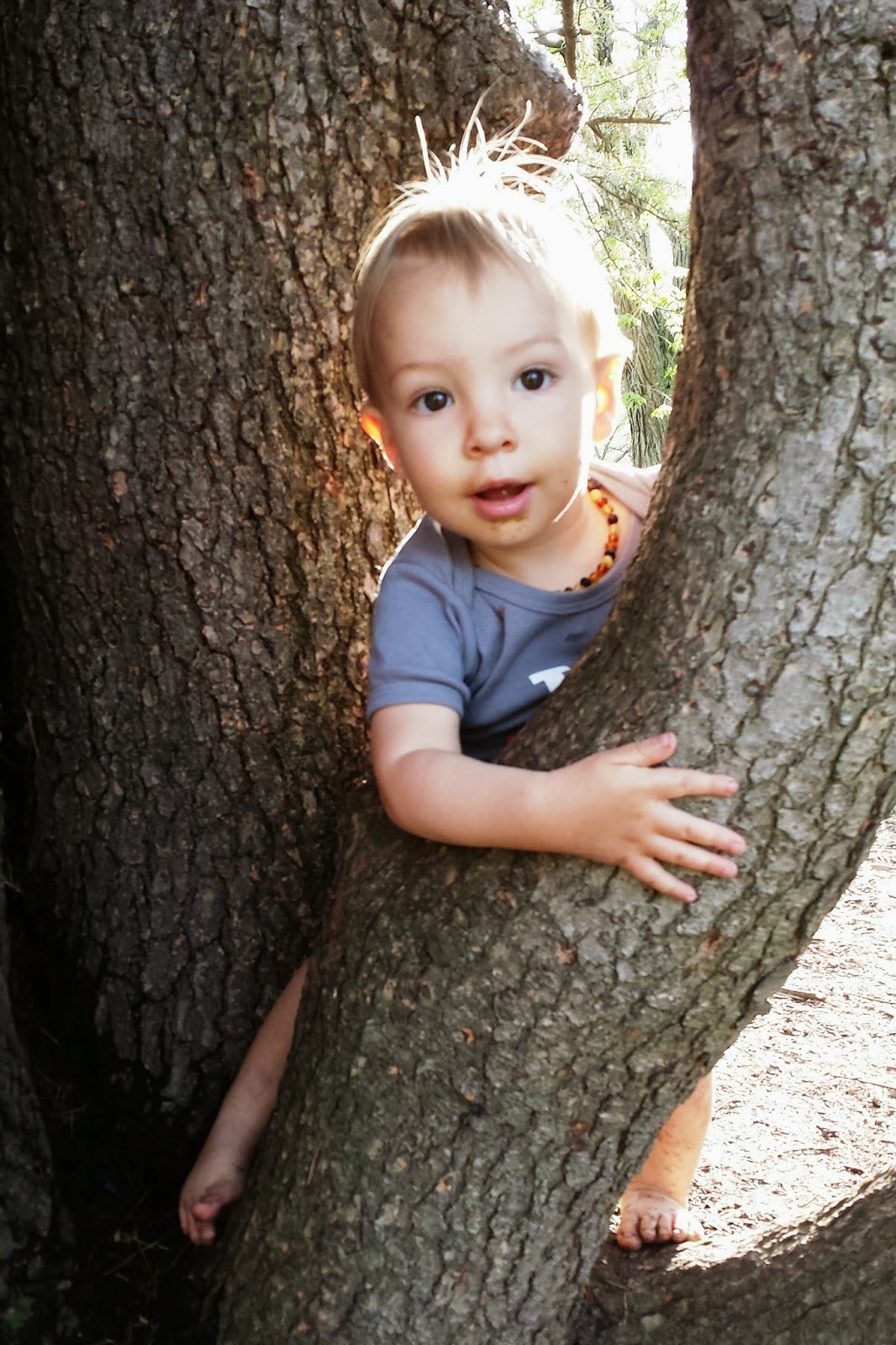 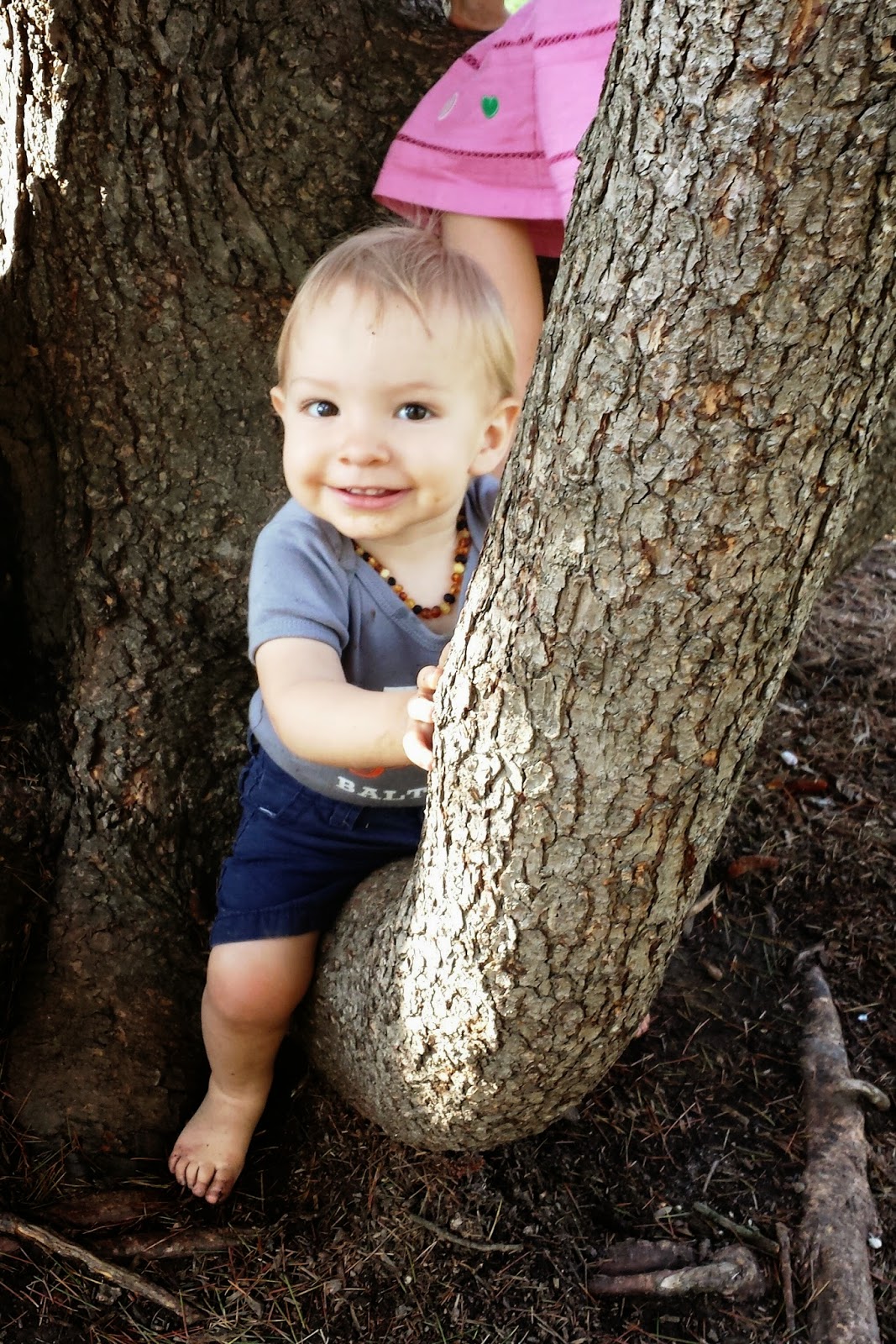 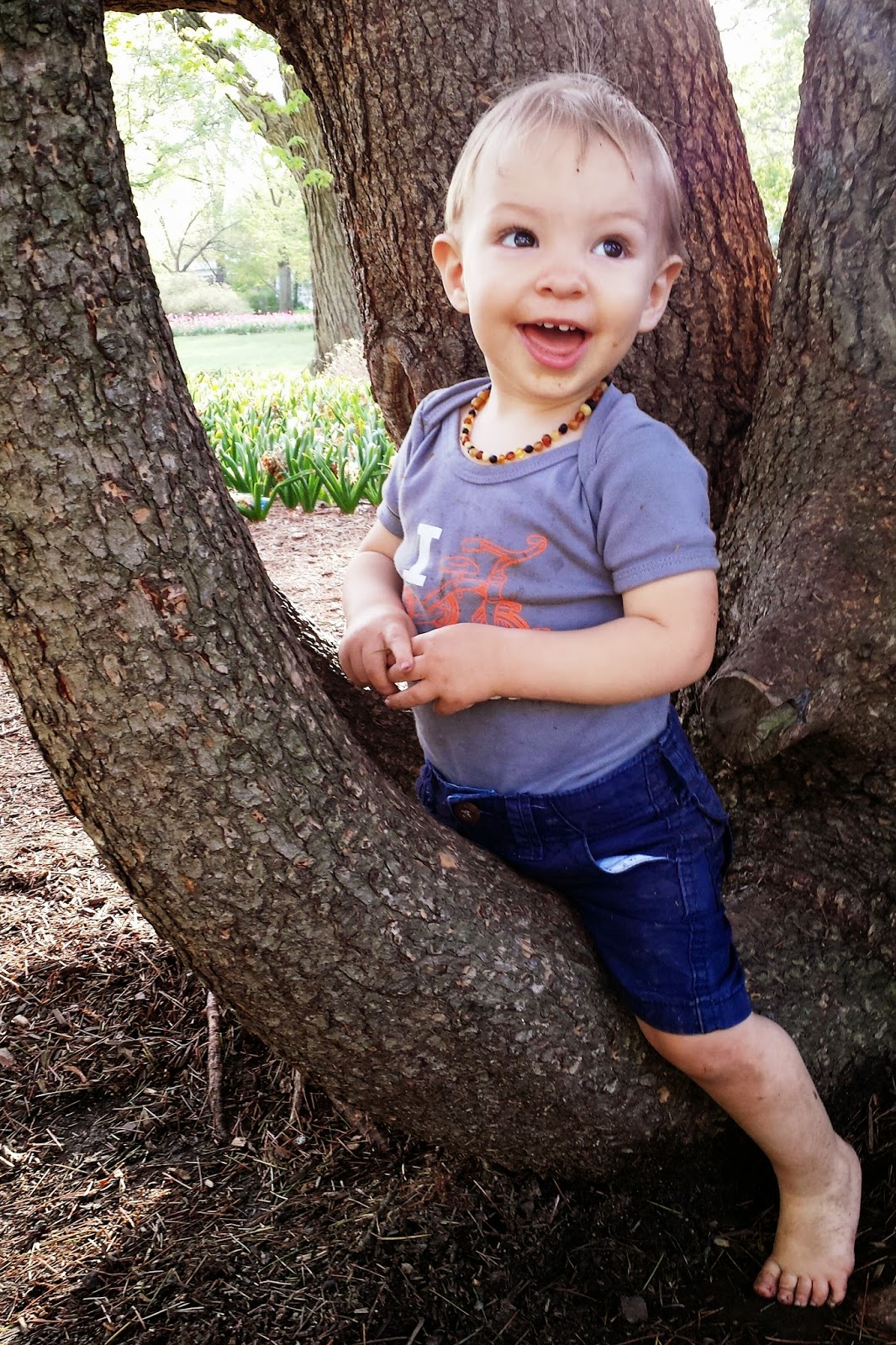 These were taken a different day, a day in which I cut feet off of the kids in the first 20 or so frames for some regrettable reason. I'll only bore you with one of those, and I'm only doing it because I think it's quite funny that Hannah is trying to physically force Jacob to look at me and take a good picture. 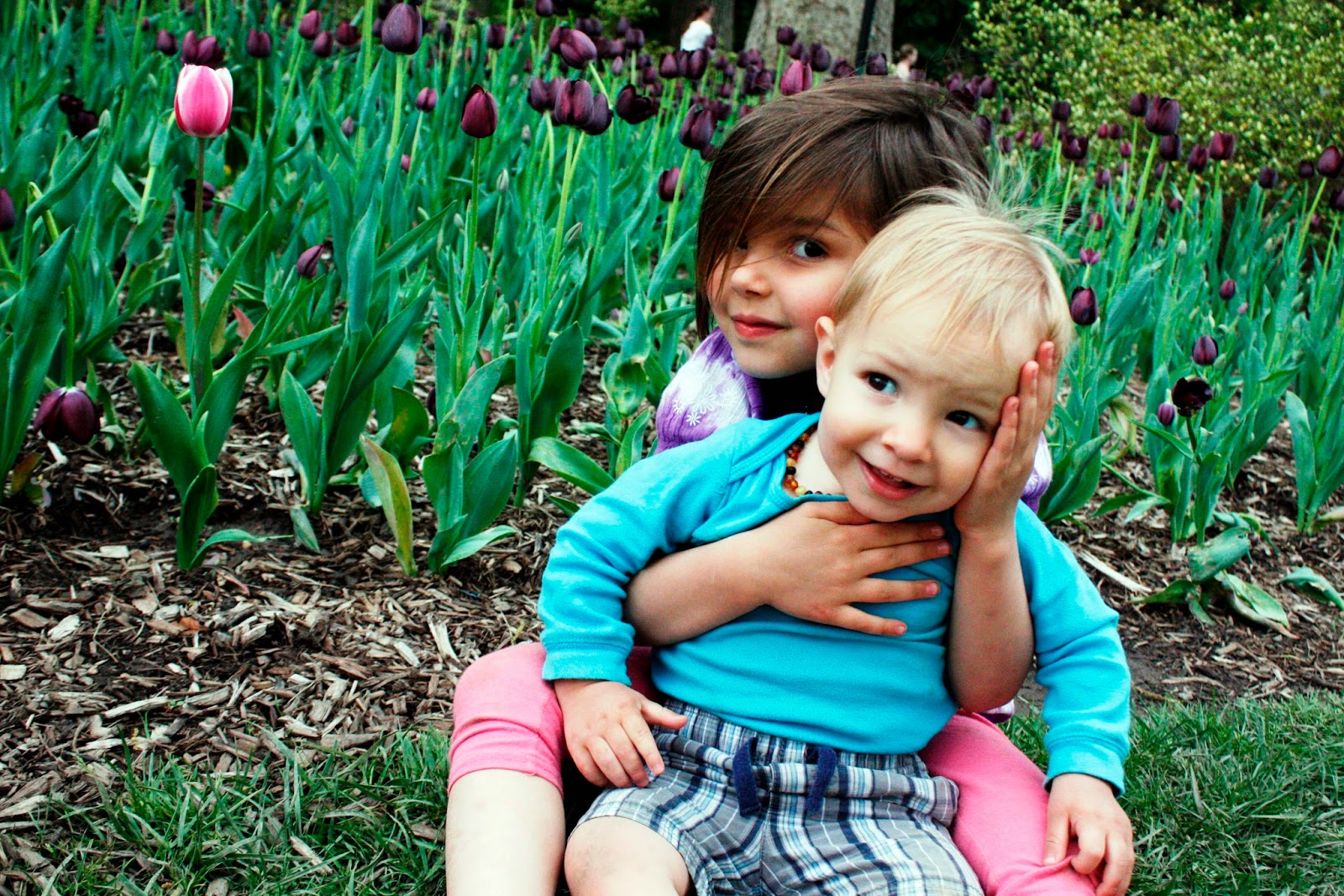 We met Kylie there on this particular day so I snapped a few friend shots to add to the album. These two have known each other since birth, and it's fun to look back on some of those early photos of them. 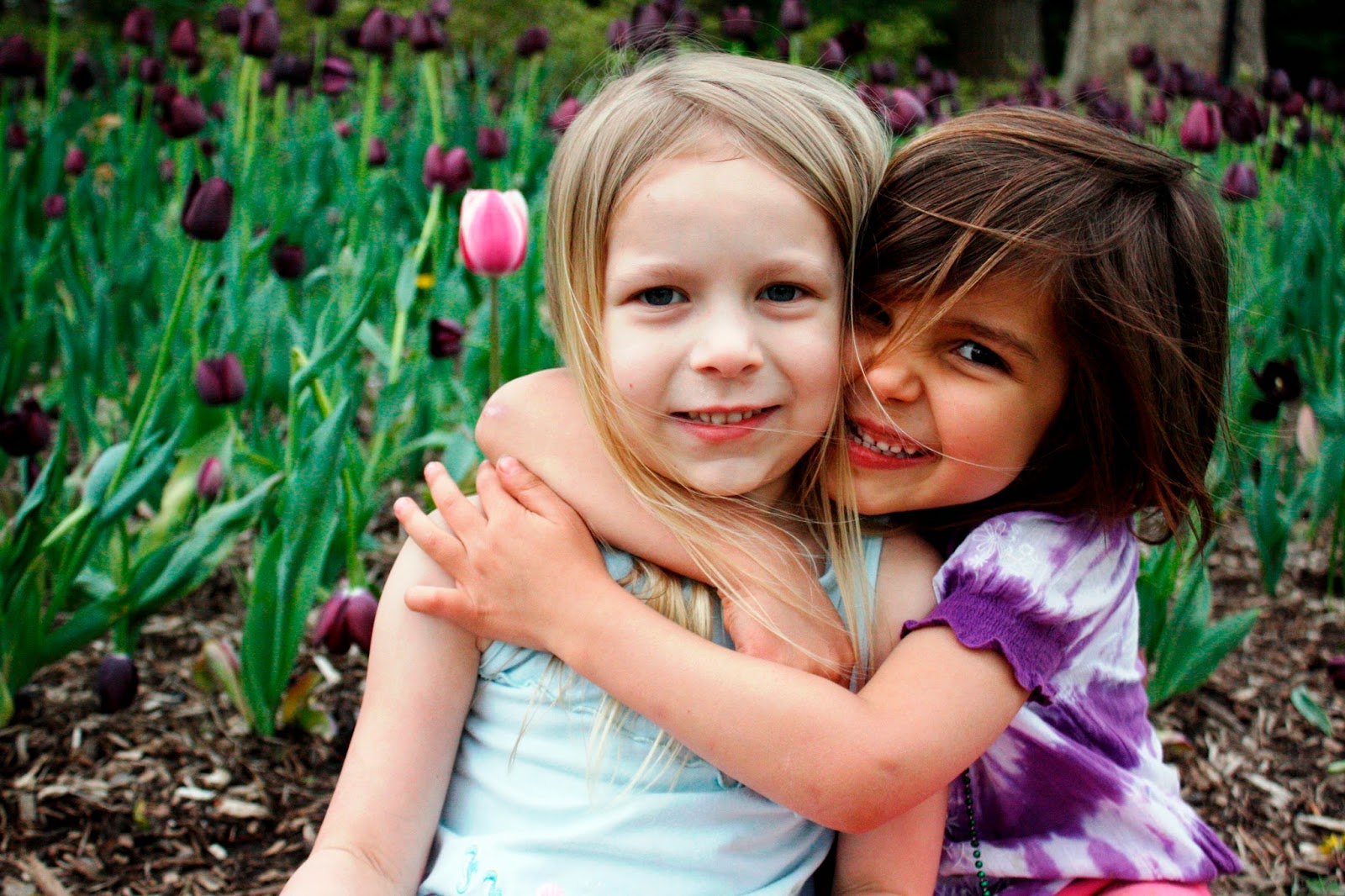 This is the second of the two offenses in which I share 87 pictures that are virtually the same. I think the third one is my favorite in this sequence. Eric likes the last one best. I shared the second because that scrunched up face is one he makes a lot and one I've been meaning to capture for posterity. 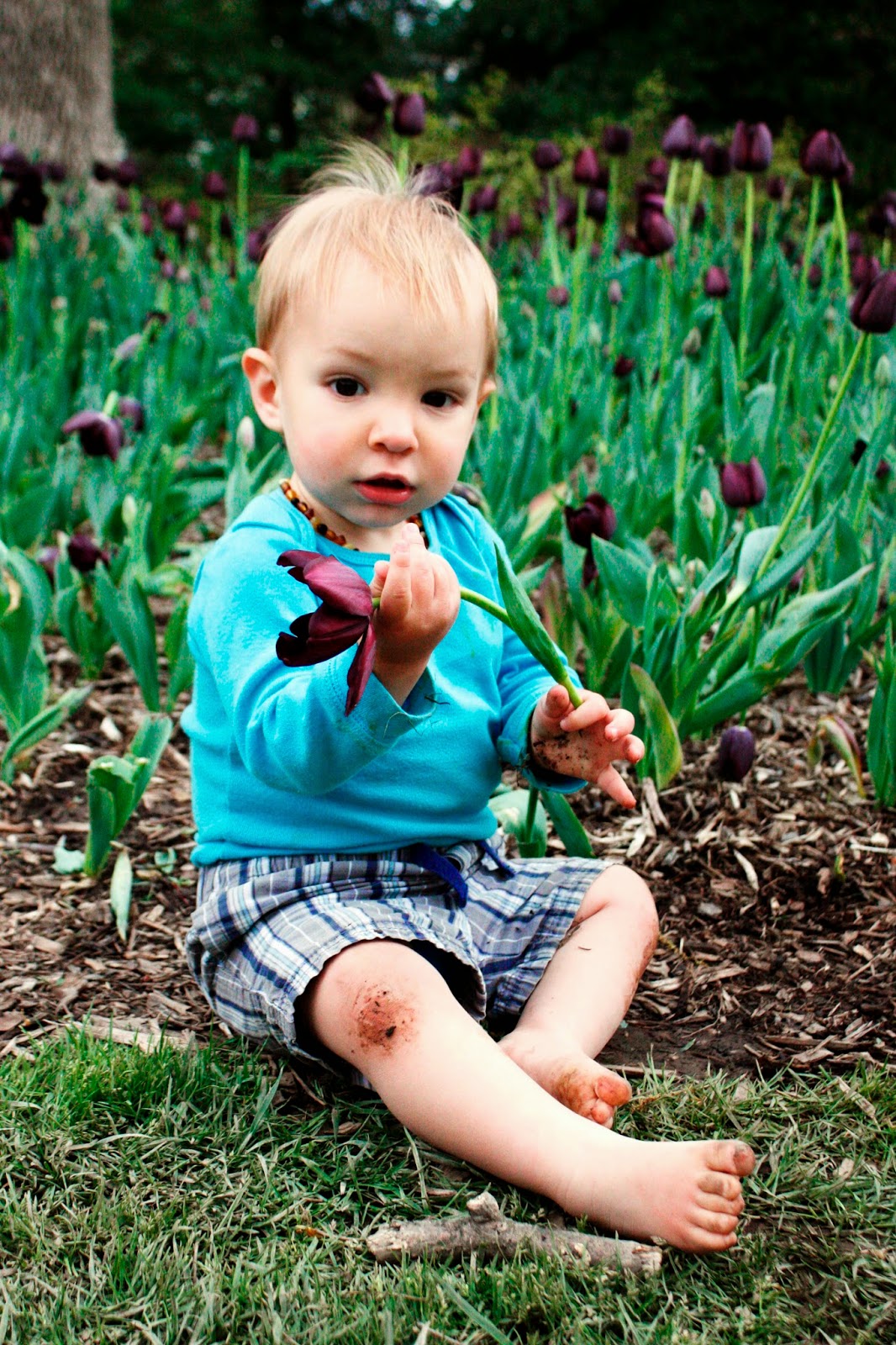 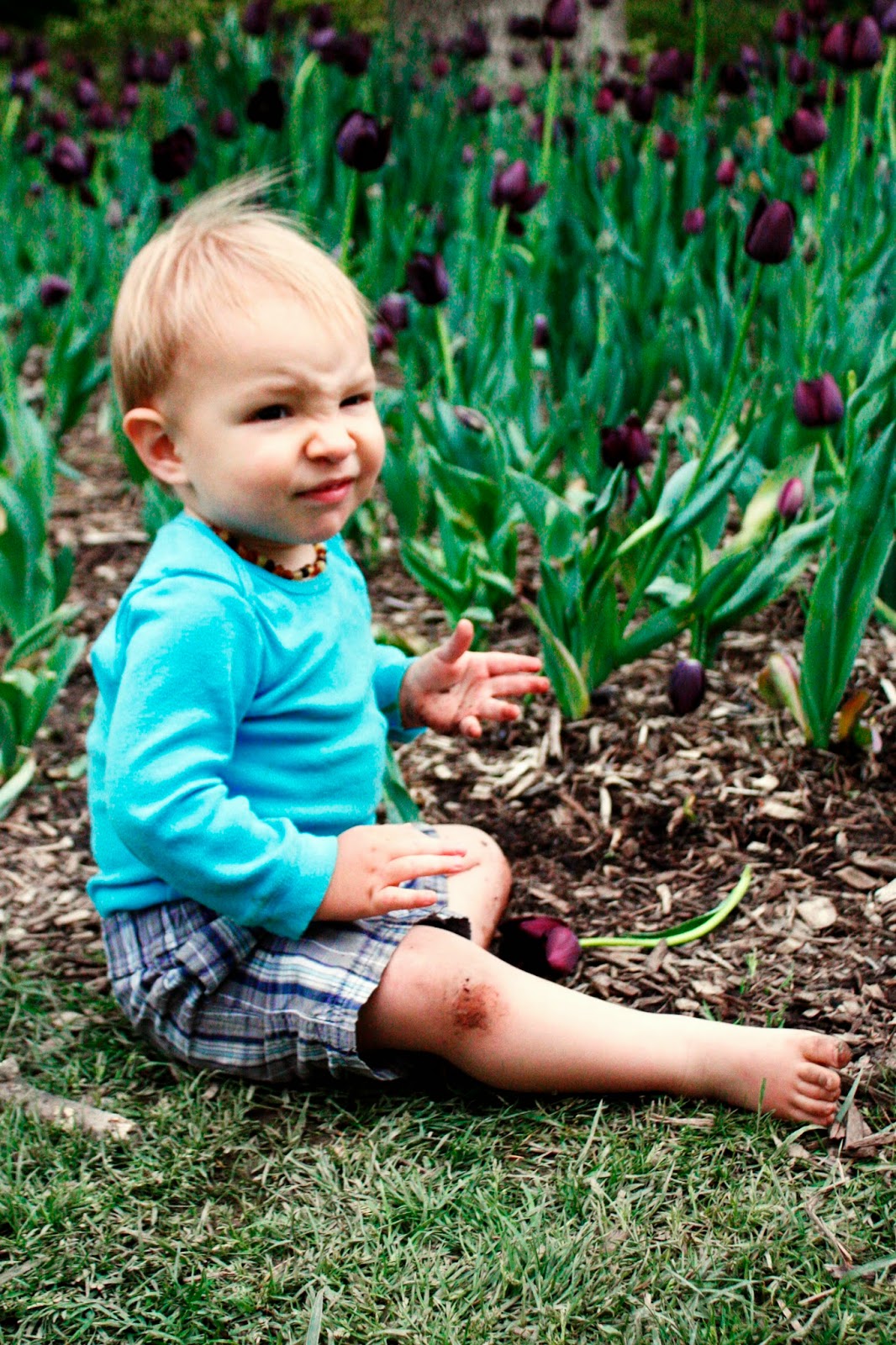 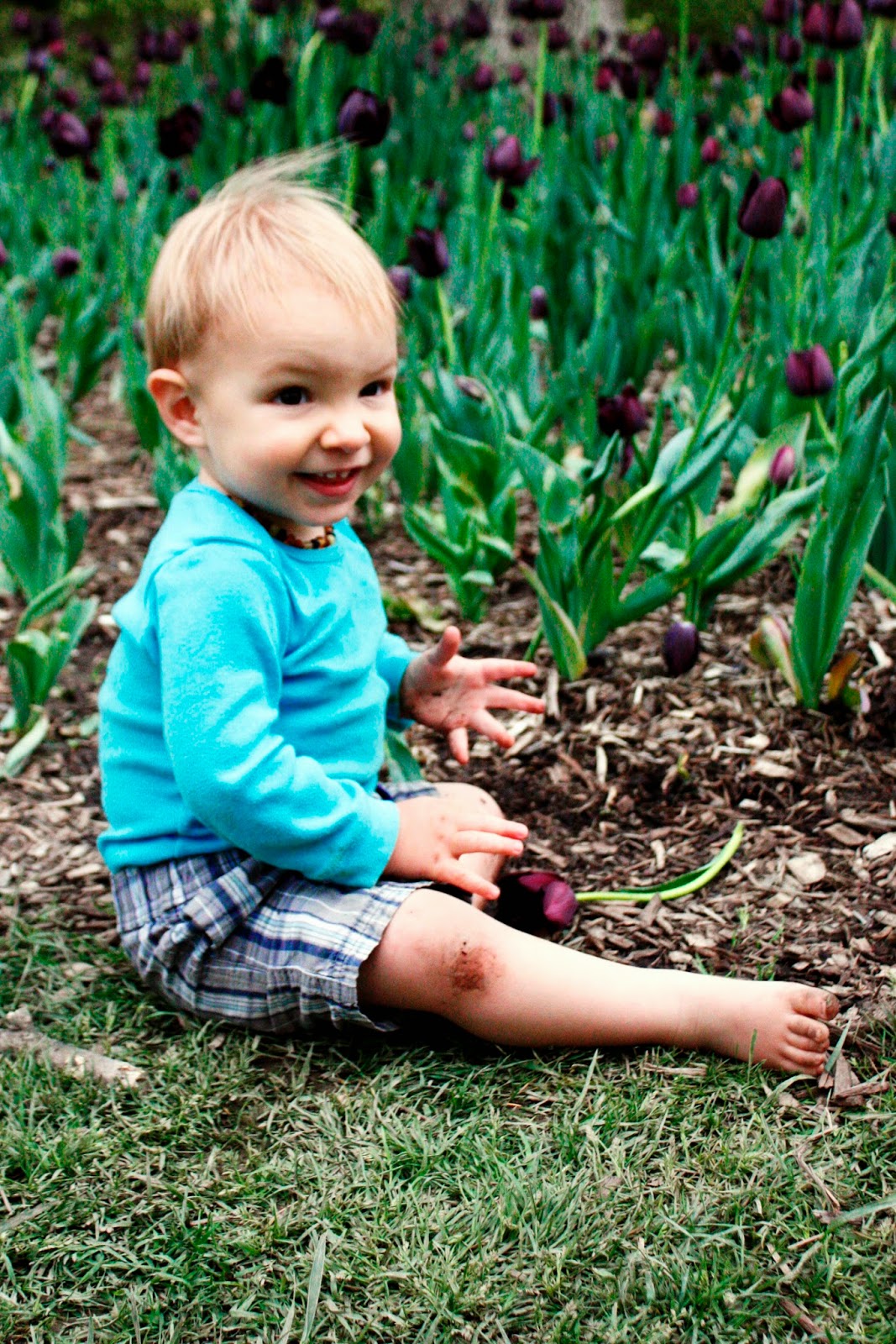 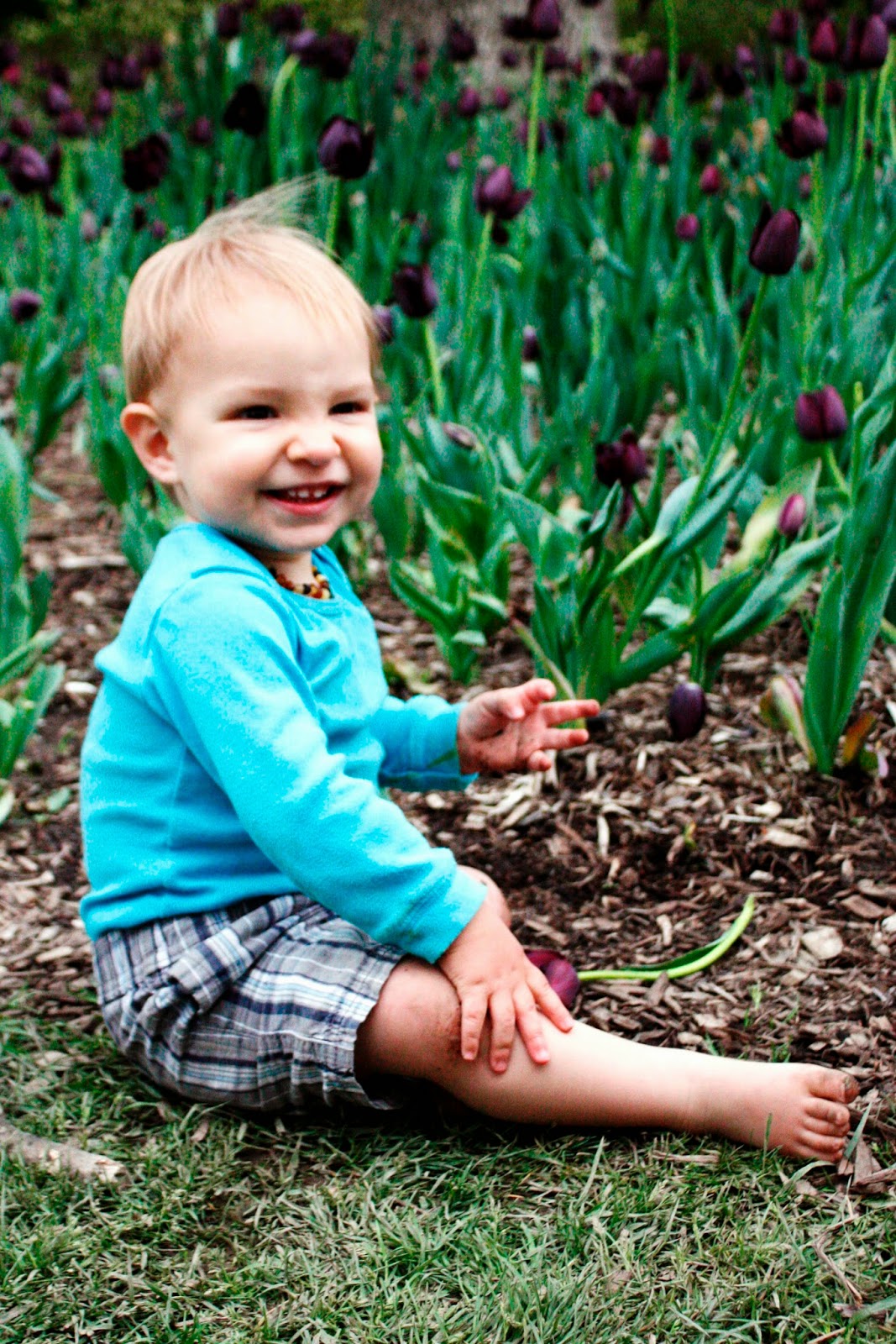 This turned out to be a pretty Jacob-heavy post...I think I've been trying overcompensate for my lack of blogging since his birth. Hannah's first few years have far more coverage, so I try to take more pictures of him, but I don't seem to post any more often so I'm not sure that method is making up for anything.

We made it over to see the tulips a lot this spring, which is rare for us, and we enjoyed every visit but least of all the first one (not pictured) because it was colder than we were dressed for and because Jacob kept crawling over top of our sushi picnic. I think the time we went with Autumn and Greg (the first few pictures in the tree) was my favorite because it rained on our way over so everyone cleared out before we got there. Since my blanket has a waterproof bottom, the wet grass was a non-issue. The kids slipped off their shoes and ran around barefoot in between bites of the Indian carry-out we'd brought with us. Now that the tulips are dead and the bulbs dug up, the rest of our visits this year will probably be similarly quiet and peaceful.