Hannah kept me busy with classwork during morning share last week. First she showed me this counting exercise in which she lines up the beaded wires sequentially with one on top and ten on the bottom and then finds the numeral that matches the quantity. Number recognition! 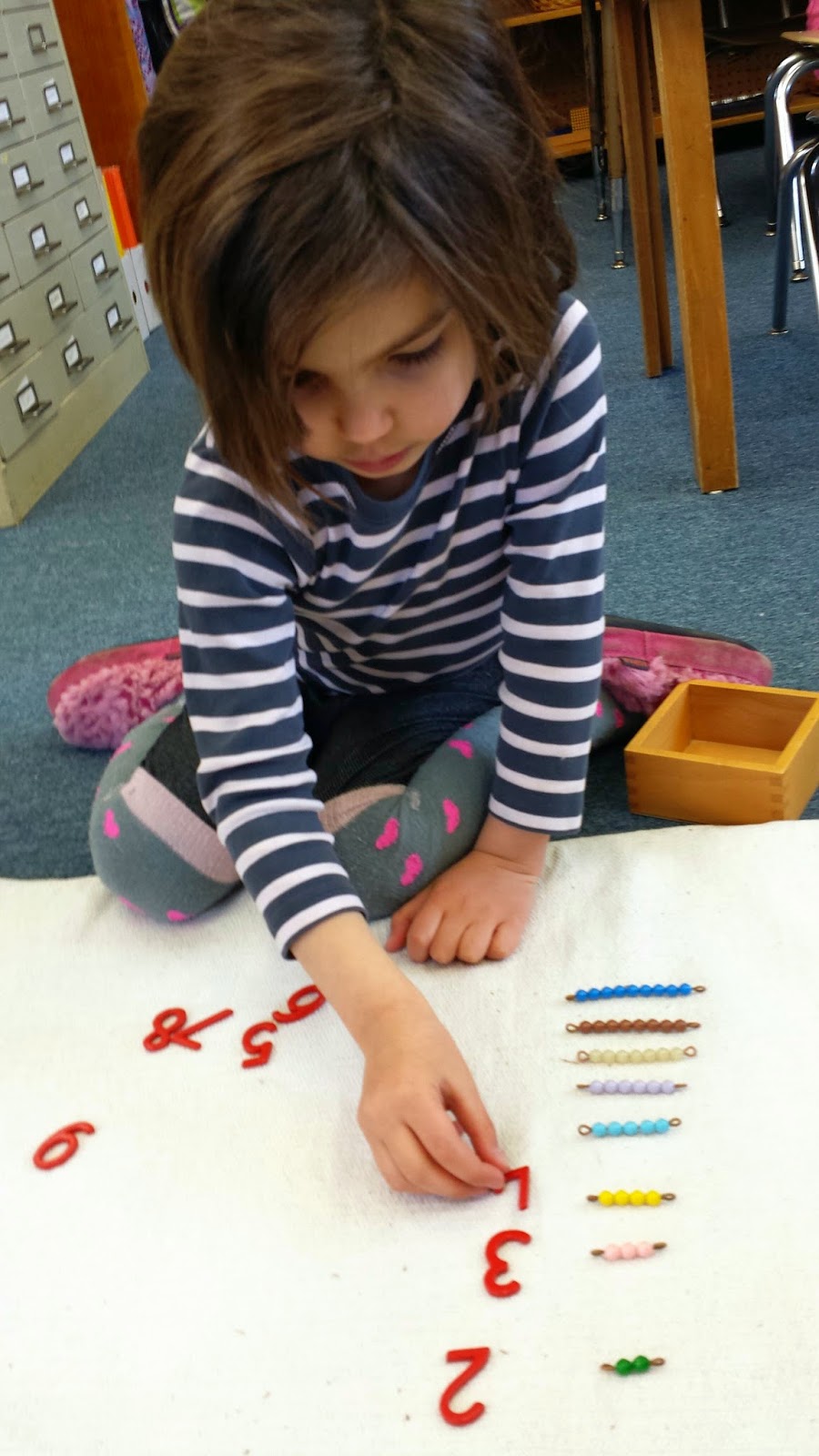 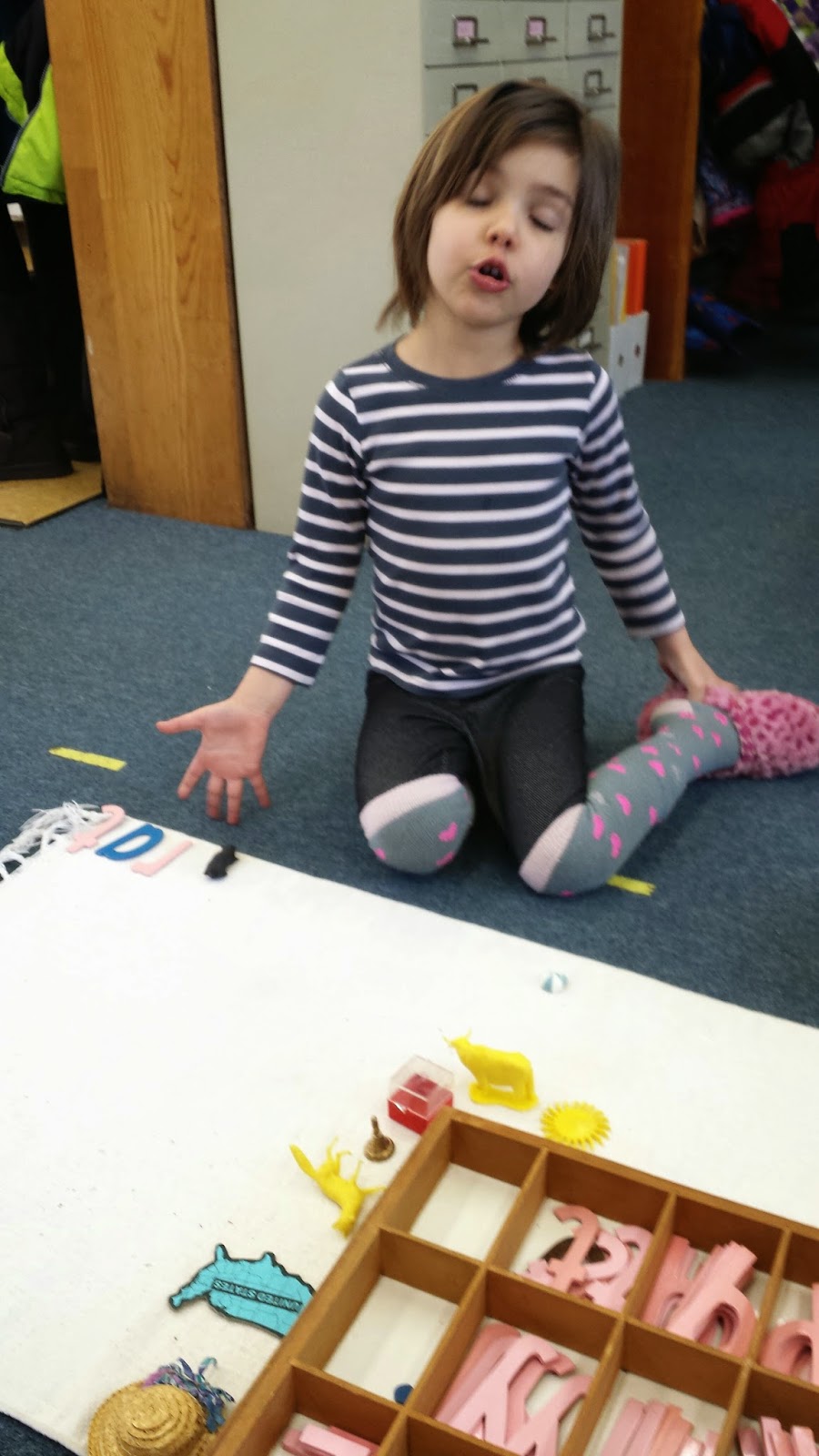 Eager to show me everything, she put away the rat and the movable alphabet and the box of objects and took me over the sensory section. She picked up a bowl with some soap, a sponge, and a scrub brush in it and handed me a rock to carry back to the mat. After donning a rainbow striped apron, she filled the bowl with water from the sink, added a few pumps of soap, and showed me how she cleans the rock with the scrub brush.... 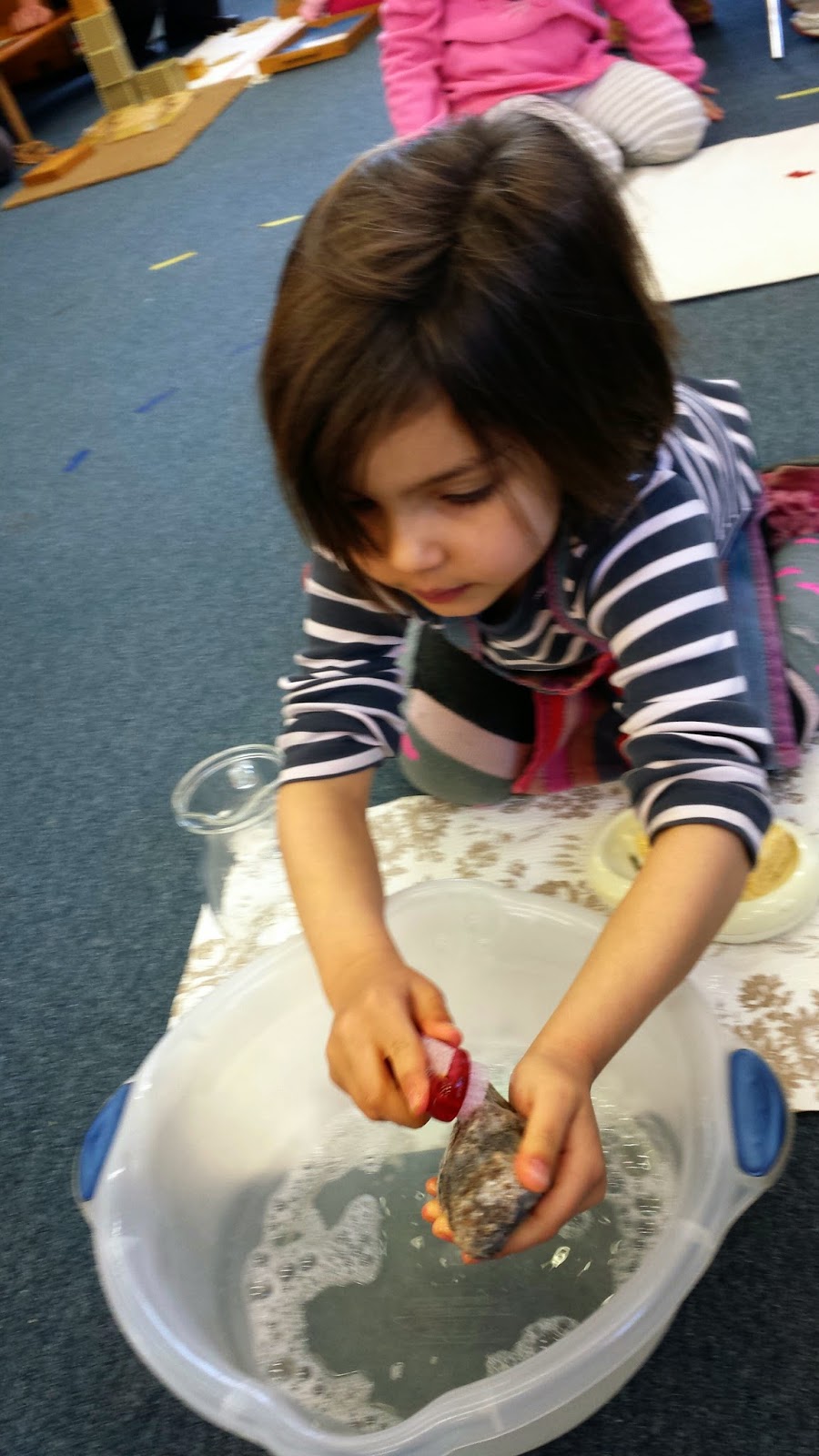 ...and how she wipes off the soap with a sponge. 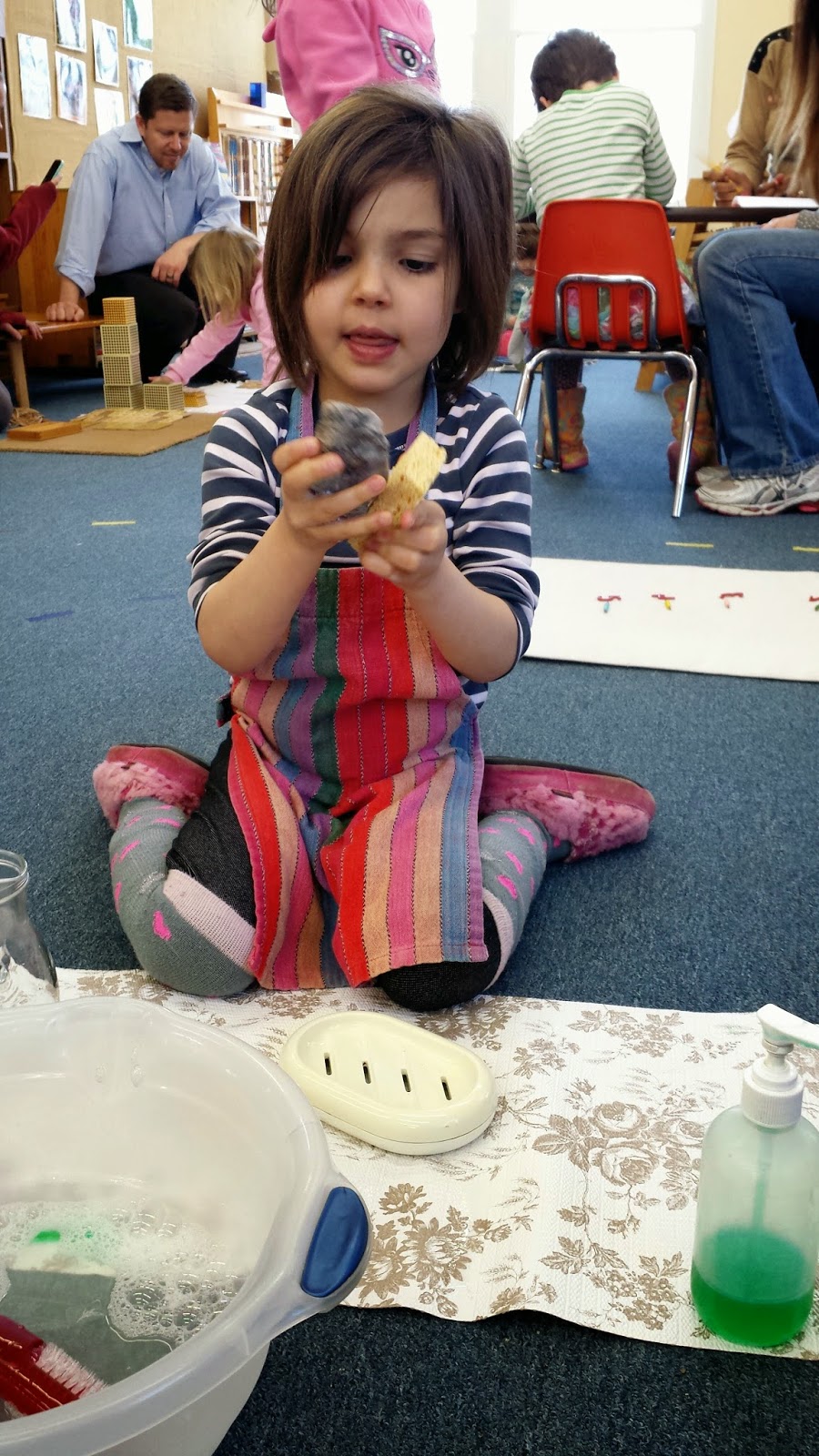 As tends to happen, what started with a simple rock cleaning soon turned into a full blown classroom deep clean. She attempted to clean the chairs and tables, but they were full due to parental visitors, so  she tackled the window instead. Hannah showed me how to use the squeegee to catch the drips of water before they trickled down too far and then let me try it for myself. 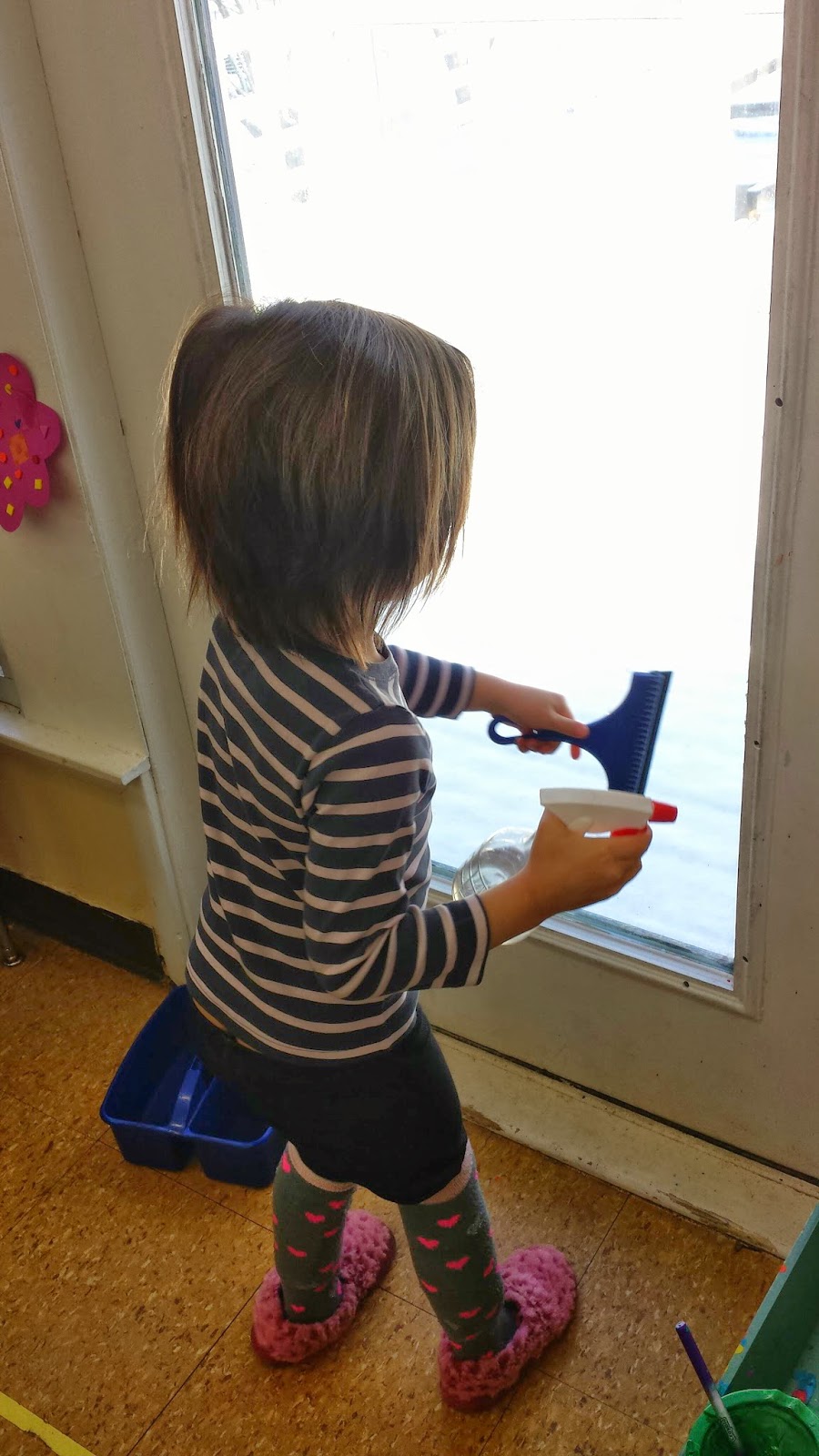 That was the end of the cleaning spree. On to braiding! 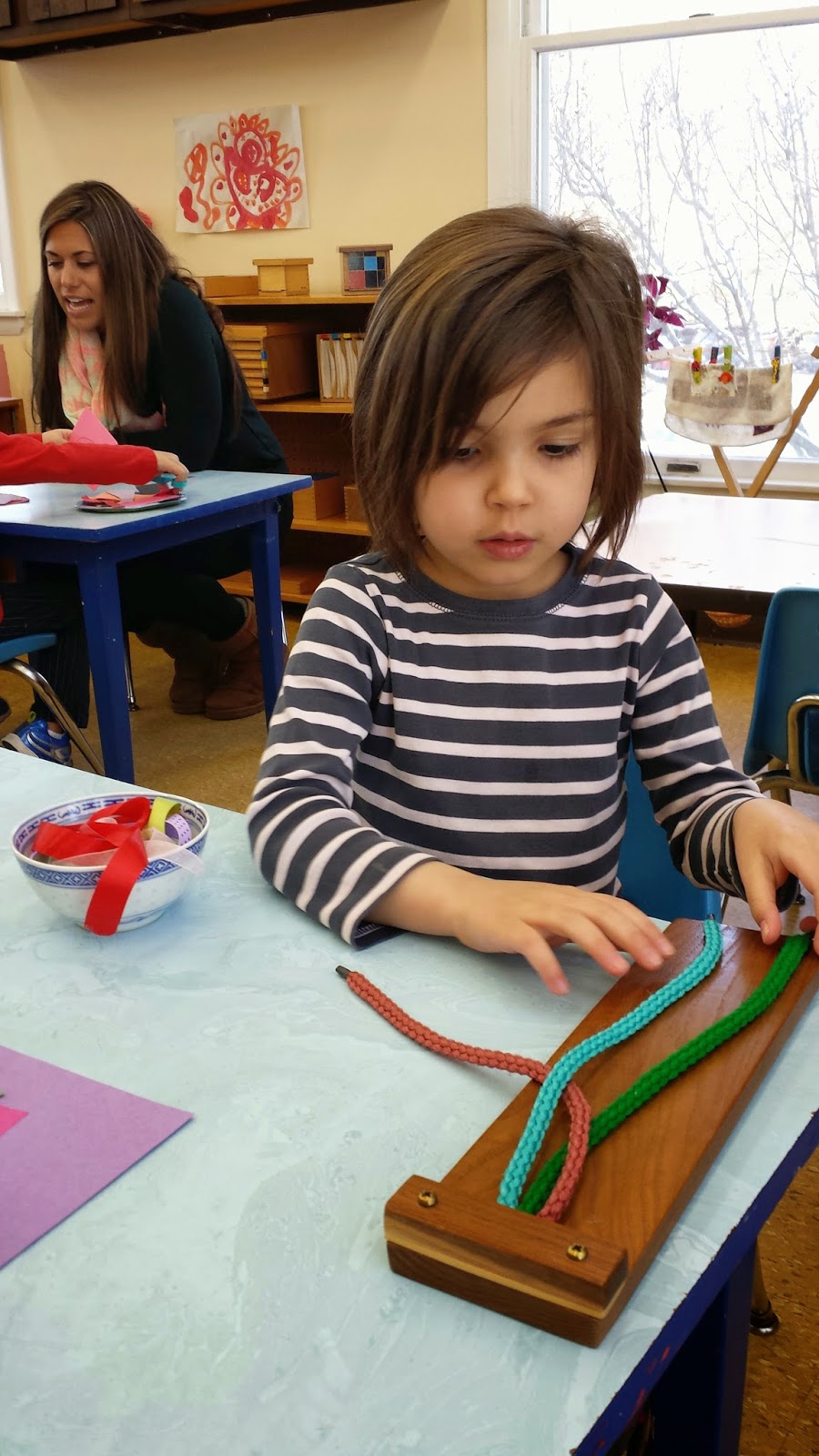 As her teacher was making the rounds to each parent, quietly giving the 5-minute warning, Hannah pulled a tulip stitching out of the sewing box and showed me how she sews, threading the purple yarn in and out and over to of the tulip outline. I admired her patience and then hugged her tight and left her to finish her flower. 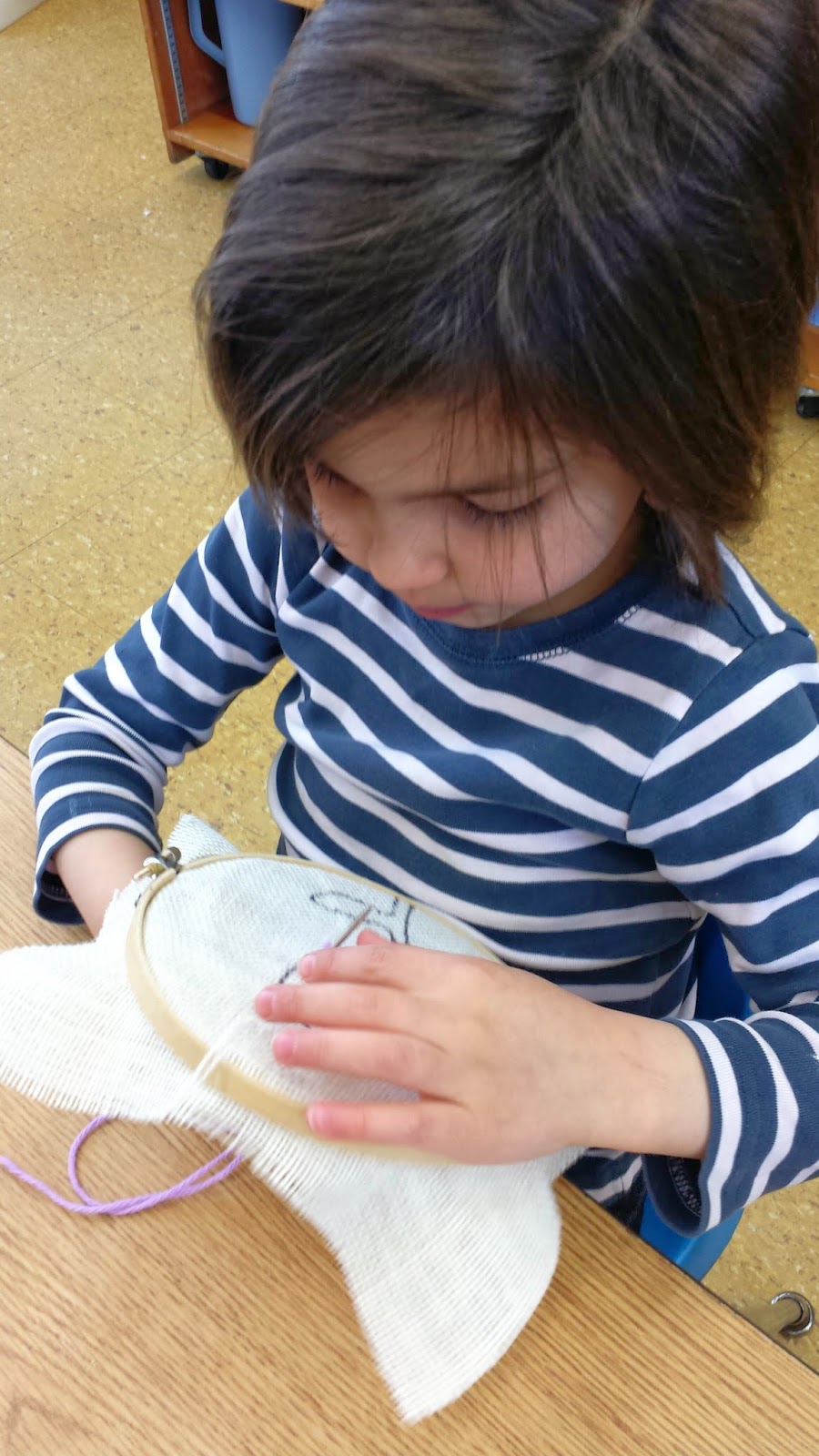 I love being able to share in her school day, even if only for an hour, and I'm also especially grateful that Mary Cate was able to watch Jacob so I could actually focus on Hannah and really let that hour be hers alone. The two of us don't get a lot of time like that since since baby brother came along. Seeing how eager she was to share her daily activities with me makes me even more certain that she is in the best possible educational setting for her, and since it isn't free, that's a nice certainty to have.
Posted by terri at 9:13 PM

Email ThisBlogThis!Share to TwitterShare to FacebookShare to Pinterest
Labels: Montessori