Evenings are a crap shot for us these days: sometimes baby brother sleeps through them, more often though he screams through them. The other night Eric asked if I wanted to watch a movie. I laughed and suggested we watch one of the shows that is piling up in our Hulu queue. It took us 90 minutes to watch a 22-minute episode of Parks and Recreation. We had to keep pausing it because we couldn't hear over the sound of his screaming.

Anyway, that's my excuse for not keeping up with my blogging. I'm really behind at this point and am going to take the easy way out by bombarding you with a giant photo dump documenting some of our visitors in the last month.

My brother, Chip, and his two boys came with Grammy on the Friday after baby brother was born. Clay got a big kick out of holding the baby, but Mason was less than thrilled, especially when the baby was in his daddy's arms. 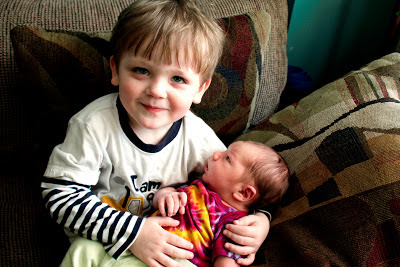 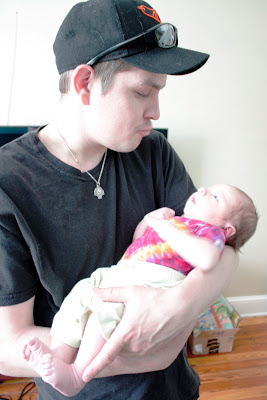 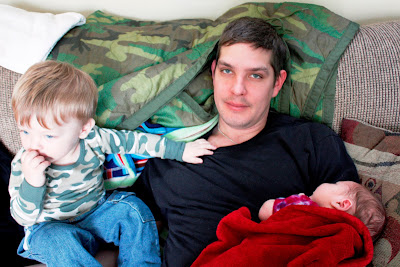 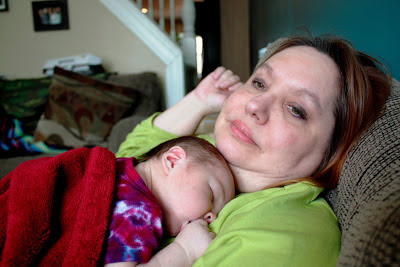 Hannah pretty much always wants to hold her little brother, so when Clay had had enough, she took a few turns. 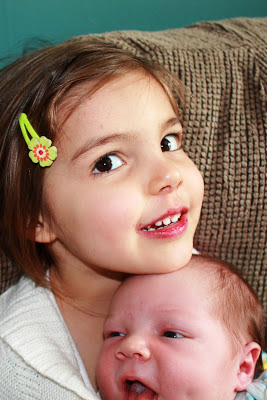 My cousin Kim came the following Wednesday and snuggled the pants off the little man. I mostly stink at picking up my camera these days, so I stole these two shots from Kim.

Then Grannah and granpah came to bestow lots of love on their grandchildren. Again, my camera is collecting dust so I had to borrow some of their photos for this post.

Amy came the following weekend with a giant fabric bin full of Hannah-centric crafts and helped me manage the kids and house for 4 awesome days. I wish I had broken out the camera more than once...but I didn't. There's almost always a baby in my arms which leaves no room for a camera, and when there isn't a baby in my arms, I usually race off to do something that requires two hands because I have very few opportunities to use both hands to accomplish anything, but in this instance, Amy had both kids, and I had to capture Amy in her super-aunt act! 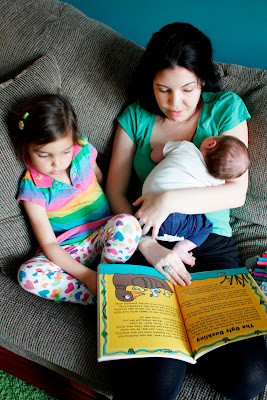 And then pappy and grandma Sondra came for some tickles and giggles. 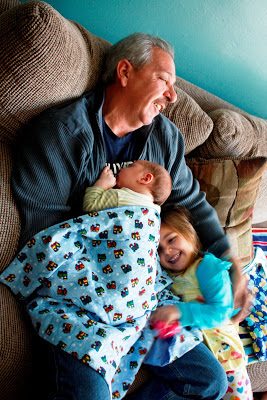 I woke up sick the day that they visited with what I thought was a head cold until I woke up with a fever pushing 104 a few nights later. As a result, once again, I didn't take many photos (just the one above); however, Kim was there for her second visit and she did take pics, and she shared, so I'm off the hook (again)!

There have been lots of other visitors too (Laura!!), but I didn't take pictures. I suppose it's good that I've been living more in the moment rather than running to find a camera and capture it, but I'm still bummed that I've missed shots of baby brother meeting some very important people!!


*You may have noticed that I haven't referred to baby brother by name in this post. That's because we are currently in the process of changing it...but that story is a different post altogether! More on that later. In the meantime, his face in that last picture is a prime example of why Eric doesn't think he looks like a Jacob and wants to change it.